Crocodile and sharks feast of the carcass of a dead whale

A rare shark and crocodile feeding frenzy over a dead humpback whale has been caught on camera in incredible drone footage.

In his stunning video, the predators can be seen repeatedly biting the dead whale’s flippers, tail and body and do not appear to be concerned to be sharing their meal. 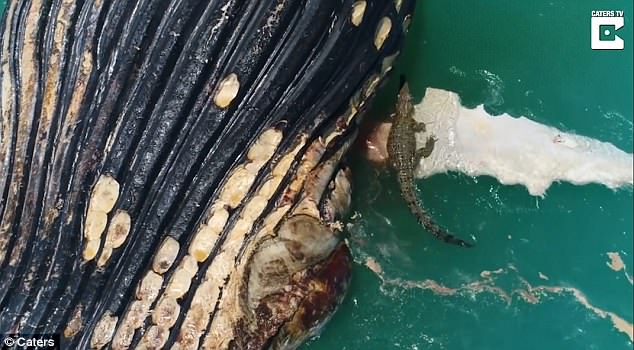 While the drone was overhead, he noticed a saltwater crocodile joining in the feast

The 55-year-old said it was only the second time in 30 years he had ever come across animals behaving in such a way.

Jeremy, who is part owner and skipper of the Great Escape charter company, said: ‘We came across this dead humpback whale floating upside down – the cause of death unknown but it had obviously been dead for a while as the smell on the downwind side was pretty horrendous.

‘As we decided it was worth a closer inspection, we noticed a number of tiger sharks feeding on the carcass as well as the saltwater crocodile.

‘So I put the drone in the air and captured a few pictures and some footage.

‘The area that the whale was in is subject to 12 metre tides, so there are many crocodiles and tiger sharks there. 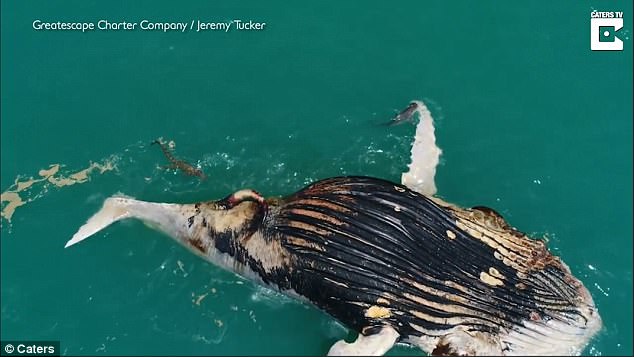 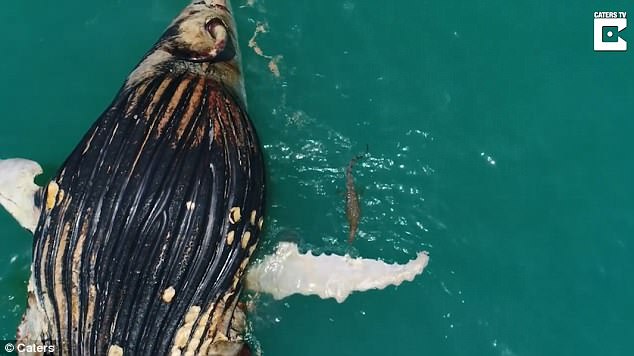 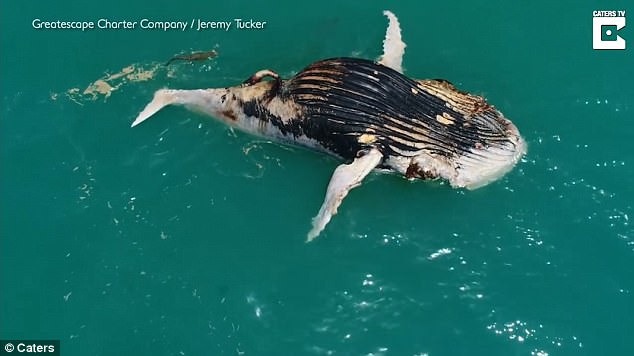 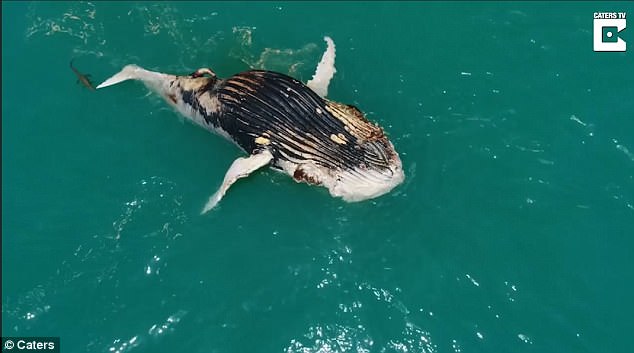 ‘We later on the return trip noted the whale had washed up onto Montgomery reef and there was a number of crocodiles feeding on the carcass.

‘In a 30-year period of frequenting the Kimberley region I have only seen this once before.

‘That time there was a crocodile sunbathing on top of a dead whale while tiger sharks were feeding on it at the same time – but unfortunately that was before drones.’

Jeremy filmed the footage during a seven day trip in September this year and spotted the whale after the boat had just left Montgomery Reef and heading towards the Prince Regent River.

The 55-year-old added: ‘Humpback whales frequent the area every year as this is as far north as they travel up the West Australian coast.

‘They usually calf and breed in this area and are here between June and September before returning to the South Pole Antarctic region.’