Fishermen fear someone is going to get hurt after authorities refused to move on a crocodile which has been stalking a popular creek for weeks.

The reptile has been spotted several times around the wharf on the Little Tuan Creek near Boonooroo on Queensland’s Fraser Coast throughout March.

But the state’s environment department claims the croc is not acting aggressively enough for officers to do anything about it.

Howard Davies says he is worried a serious incident could happen with the long Easter weekend coming up, the Fraser Coast Chronicle reports.

He told the publication: ‘She’s a bit too game for my liking. She’s not frightened. I’m getting a bit worried getting up to Easter time.

‘Somebody is going to get seriously hurt or injured.’

Residents have been posting on social media about a croc in the creek since January with more sightings in recent weeks. 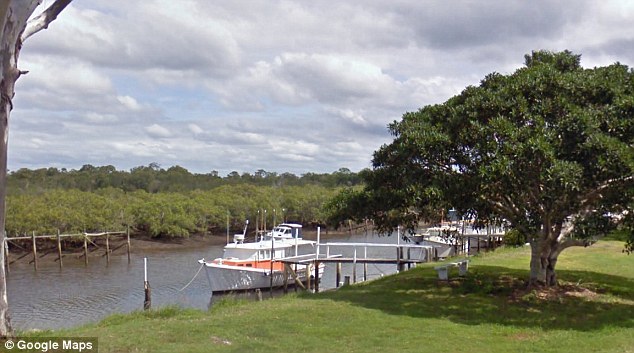 But the croc cannot be moved from the wharf near Boonooroo (pictured) because the croc is not aggressive enough, authorities said

On Tuesday, the government said it had three confirmed sightings reported.

Mr Davies said the first of his many sightings of the croc came when she was looking for food, jumped out of the water and hit her tail against his boat.

His brother, Don, said he will be staying out of the water to clean his boat’s propellers in future.

The two men are now urging caution for anyone visiting to be aware of the animal – a message echoed by the government.

A spokesman for Department of Environment and Science added officers are monitoring the area but has not had seen the crocodile for themselves. 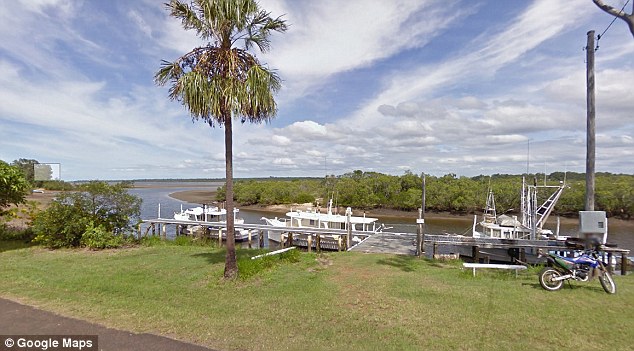 Other concerns there is a breeding pair in the area have been dismissed by the authorities.

The spokesman said there was no record of any crocodile nests in the Fitzroy River delta adding it would be unusual for them to breed so far south.

‘If the presence of a crocodile is confirmed it will be targeted for removal,’ they said according to the Chronicle.