Ariana Grande leaped to the defense of her fiancé Pete Davidson after an article described him as having ‘butthole eyes’.

The 25-year-old singer slammed the writer, saying it was a symptom of his Crohn’s disease, a chronic autoimmune condition that attacks the digestive system.

However, gastroenterologists have been quick to fact-check that statement.

As New York GI Dr Albert Knapp explained to Page Six, Crohn’s can cause severe dehydration, and dehydration can cause your eyes to look sunken.

‘But when you rehydrate, they return to normal. Crohn’s disease does not directly cause eyes that look sunken in,’ Dr Knapp said.

An article described Pete Davidson’s eyes as ‘butthole eyes’. Ariana Grande said his eyes are affected by his Crohn’s disease – but doctors question that statement

This was Ariana’s response to Barstool Sports, which tweeted out their article last night

The article was published last night by Barstool Sports, which zones in on the dark circles around Davidson’s eyes, coining the term ‘butthole eyes’ – which is interchanged lower down with ‘raccoon eyes’.

Soon after the article was published, Grande tweeted it with a clap back.

‘[Y]’all do kno this man has an auto immune disease …… right ? ….. like you do understand what you’re doing when u do this right ? jus wanna make sure,’ she said.

Within minutes, Google searches for ‘butthole eyes’ had skyrocketed, with many tweeted questions about Crohn’s and its affect on a person’s face.

Davidson, 24, was diagnosed with Crohn’s disease in his late teens, which is the most common age for that diagnosis. He has spoken out about taking medical marijuana to relieve the pain that come with the condition, such as severe cramps, as well as other medications.

Prior to meeting and getting engaged to Ariana Grande this summer, the comedian had also battled drug addiction, before announcing he was sober in 2017.

All of those things can affect the appearance of a person’s eyes. 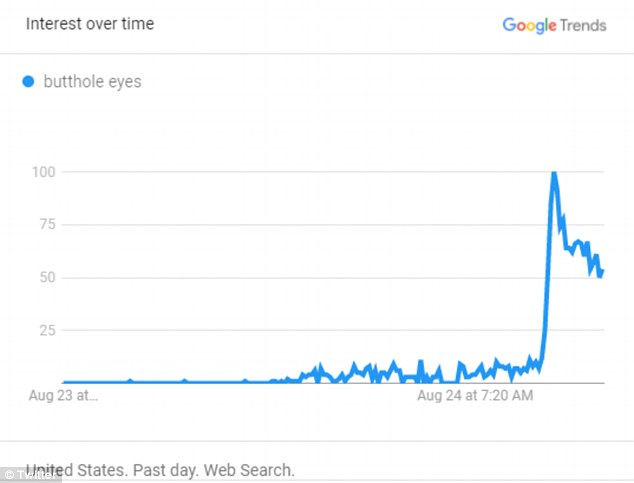 Within minutes, Google searches for ‘butthole eyes’ had skyrocketed, with many tweeted questions about Crohn’s and its affect on a person’s face 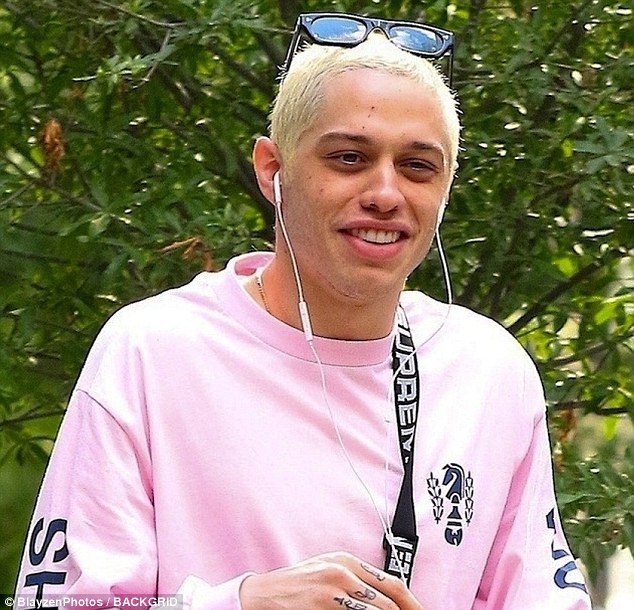 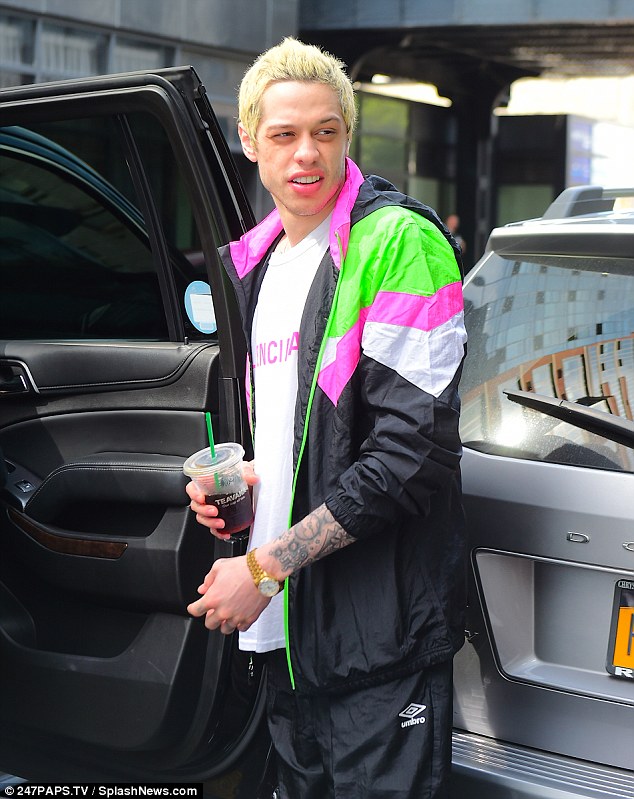 Davidson, 24, was diagnosed with Crohn’s disease in his late teens, which is the most common age for that diagnosis

Addiction of any kind leaves sufferers run down, and is often driven by underlying emotional conflicts that can rob a person of their ability to get enough sleep, hydrate, eat well, exercise, and are lifestyle habits that are necessary for them to be at peak physical condition.

Crohn’s disease, too, can have all those effects.

Gastroenterologists, however, point out that the effect are ephemeral, not chronic and attributing a permanent physical attribute to the condition is inaccurate.