A new genetic study reveals that a ‘super snake’ could be on the horizon in the Florida Everglades.

While studying the invasive Burmese python, which have been reproducing in the Florida Everglades for nearly four decades and slowly decimating its small mammal population, US Geological Survey researchers discovered that some of the snakes they tested contained both Burmese and Indian python DNA, indicative of crossbreeding between the two snake species.

In the study, published Sunday in Ecology and Evolution, the researches wrote, ‘Our finding that the Florida python population is comprised of distinct lineages suggests greater standing variation for adaptation and the potential for broader areas of suitable habitat in the invaded range.’

Scientists studying Burmese pythons (shown) in the Florida Everglades discovered that some of the snakes tested carried DNA from Indian pythons, leaving the potential for super snakes

In other words, these apparent mixed DNA snakes have the potential to become an Everglades super snake adaptable to multiple terrains, as Indian pythons like high, dry ground, while Burmese pythons are swamp-dwellers.

The 400 snakes USGS researchers caught between the Big Cypress Swamp and the Everglades were found to be genetically related Burmese pythons, but 13 of them had genetic markers from Indian pythons, meaning that the Everglades snakes might eventually slither out to much more varied areas.

‘If the Indian pythons have a wider range, perhaps these Everglades snakes now have that capability,’ said study lead author and USGS geneticist Margaret Hunter told the Miami Herald.

Hunter said that the findings were ‘quite surprising,’ but said that they did not know how many of these Burmese-Indian python DNA snakes there were in the Everglades snake population.

It’s estimated that there are several thousand pythons in the wetlands now, thought to be the result of snakes that either escaped or were released from the commercial pet trade. 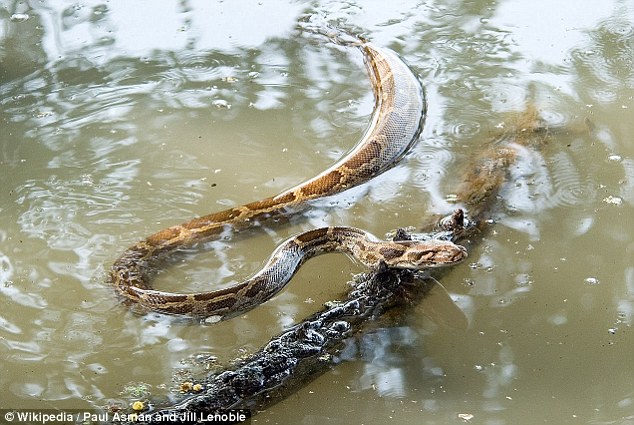 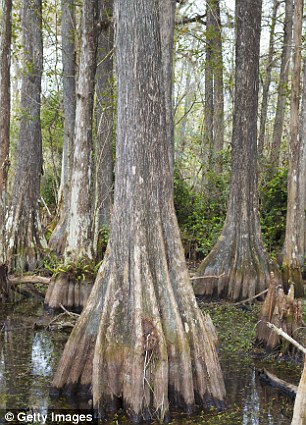 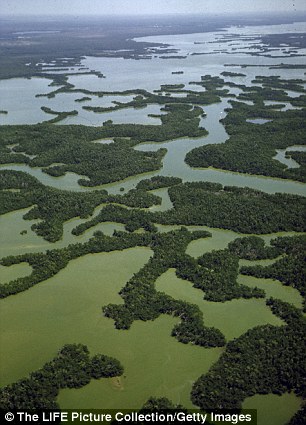 The pythons have been decimating the Everglades’ small mammal population since they were introduced in the 1980s.

Burmese pythons can grow to be more than 20 feet and weight over 100 pounds. The snakes are said to be posing a significant threat to indigenous birds, reptiles and mammals, including alligators and protected crocodiles

Because the python population is so large, they can ‘rapidly adapt,’ Hunter said. ‘If some animals die out because of climatic issues, there are other animals that may not die out.’

It’s unknown how or where the Burmese and Indian species bred, but one possibility is that they were bred to create more appealing colors and patterns for pet owners, although they could have bred in the wild, too.

In their native habitats, the snake species don’t usually cross due to their preferred prey and habitats.

While it’s not known yet how far-ranging these potential super snakes could be, scientists think that increasing temperatures around the globe could allow the super snakes to head north from Florida.

The giant pythons — which can grow to be more than 20 feet long and weigh more than 100 pounds — first made their appearance in the Everglades in the 1980s and have been slowly spreading north in the Everglades National Park and west into Big Cypress Swamp. They were found breeding in the Florida Keys in 2016.

The Florida Wildlife Conservation Commission has deemed the large and invasive python population to be such a problem that people are allowed to kill and remove the snake without a permit, particularly on private land, the Orlando Weekly reported.

The snakes are said to be posing a significant threat to indigenous birds, reptiles and mammals, including alligators and protected crocodiles.