CROUCH: The worst thing a player can do is down tools… Koscielny and Lukaku burnt bridges

The summer of 2005 was one of the biggest of my life. Once Southampton were relegated, I knew I was going to leave St Mary’s and the potential destination did not come much bigger.

When Liverpool made it clear they wanted to sign me, my mind was made up. They had just won the Champions League, England had just selected me for the first time and I couldn’t afford to miss this opportunity to remain in the Premier League, so I told Southampton of my intentions.

It’s fair to say there was a degree of reluctance on their part to accept my decision.

They were so inclined to dig their heels in that Rupert Lowe, the former chairman, stopped answering my calls. You can’t begin to understand the frustration that I felt. 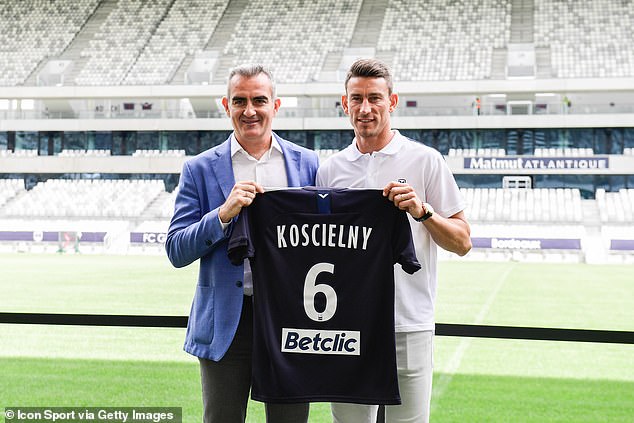 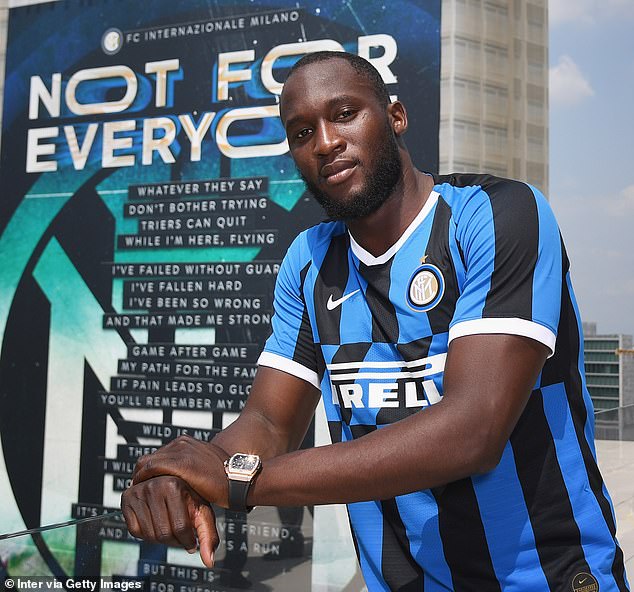 Likewise, Romelu Lukaku finally got the move to Italy he had long been angling for

But you know what? Not once did it cross my mind to down tools. The club were stubborn but in no way did I let my standards drop. I returned to pre-season training, ensured relations remained good and, eventually, I went around to Rupert’s house to find a solution. By July 20, I signed for Liverpool.

I tell this story in light of some of the things I have seen during the transfer window.

Players can find the answer to potential moves if they are open, honest and remain professional but there have been too many episodes in recent weeks of behaviour that has left me dismayed. 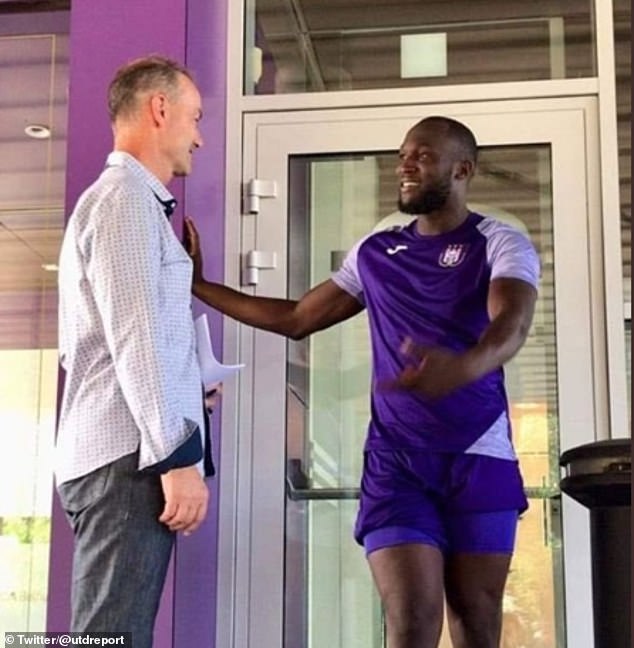 Look at Laurent Koscielny. The way he left Arsenal for Bordeaux was a disgrace. This is someone who had been at the Emirates Stadium for nine years, captained the club and had unrelenting support during difficult times with serious injuries.

If you captain a club of Arsenal’s stature, you have a duty to act responsibly. He should have been on the plane for their pre-season tour to the United States — not turning up is the worst thing a professional footballer can do to his team-mates, the fans and the staff.

To make matters worse, the way they revealed his transfer with a video of him peeling off an Arsenal shirt to show a Bordeaux kit was dreadful. He burnt his bridges so badly he will never be able to show his face at the Emirates again.

I played for a number of clubs in my career but I’d like to think I left everywhere on good terms. I’ve always received great ovations when I’ve been back to old stadiums with opposing teams and I can’t understand why you would actively antagonise those who care about you.

Romelu Lukaku will find himself in a similar position. In what way did he ever think it would be OK to train with Anderlecht’s kids just because he was fed up at Manchester United and wanted a move to Inter Milan? How do you not report to work for Manchester United?

What happened to being grown up about it all? I remember when Tottenham sold me to Stoke. I wasn’t looking to leave but I went and ironed things out with Daniel Levy. If you are prepared to talk, you can eventually find an amicable solution.

For Koscielny and Lukaku, it is too late. 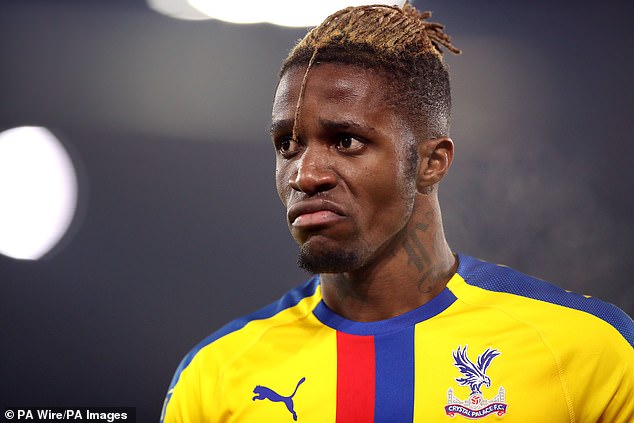 Wilfried Zaha will be disappointed not to get his move, but will have to perform strongly again

David Luiz, meanwhile, forced a move to Arsenal through this week after signing a new deal with Chelsea in May. It will also be interesting to see how things develop with Wilfried Zaha, who I expect will be disappointed not to have joined Everton.

I also expect he will eventually show last season’s form and get his move away from Crystal Palace with an outcome that pleases everyone.

Football is a business. I understand why players want to move — I did it enough times!

But I would like to think that I always had respect for the people who put you in that fortunate position. I could never have acted in any other way.

Lamps will light up Chelsea

The best managerial appointment of the summer was Frank Lampard to Chelsea. I wrote back in February that they should turn to him and I’m delighted he has got the opportunity.

Frank will change the atmosphere, which had gone sour last season, and he will be helped by the support from Chelsea’s fans. 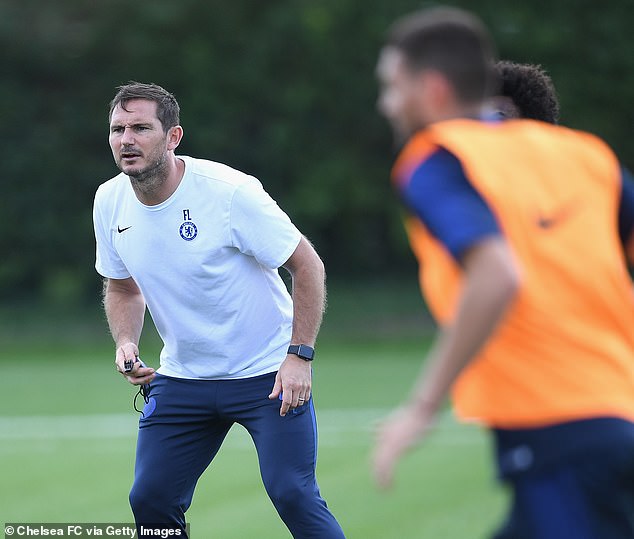 We all need to be honest, though, and recognise sentiment only carries you so far: good results determine whether managers are successful.

He has not been appointed to be some kind of cheerleader. Frank is a winner and I would say he was the hardest-working player I played alongside. His attitude to self-improvement was exemplary and he and assistant Jody Morris will demand that from their squad.

Chelsea’s young players will feel encouraged by having Lampard on their side. Mason Mount, Tammy Abraham, Callum Hudson-Odoi and Ruben Loftus-Cheek will have a manager who will back them to the hilt.

The fact Chelsea can’t spend is something critics will point to but I believe they have got a good enough squad already. Frank will do well — he has put an early marker down with how he handled the David Luiz situation — and I can see him steering Chelsea into the top four. 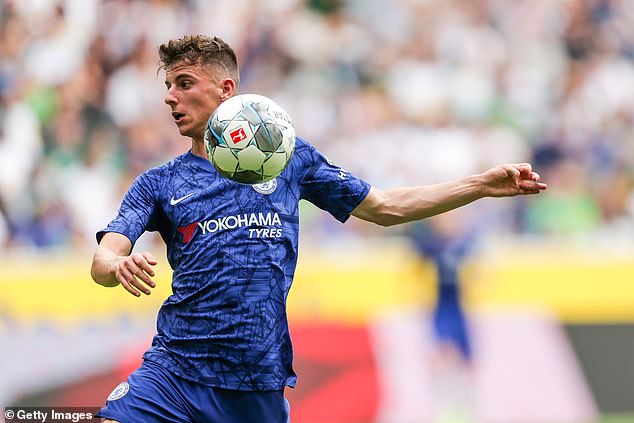 I won’t miss the boiled chicken and pasta at 11.30am. The full English breakfast that was on the menu this morning was a far better option.

Neither will I miss drinking endless cups of tea and eating bananas at lunchtime in preparation for the battle ahead.

But I know when 3pm comes around on Saturday it is all going to hit me. This is the first opening day of the season in 20 years that I have been on the other side of the fence and it all seems a bit surreal. 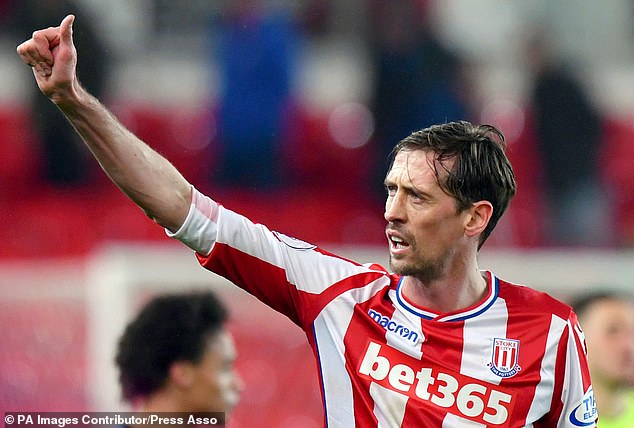 There is no better job in the world than football, and nostalgia will come calling at 3pm

I am looking forward to the new opportunities that retirement brings, but that doesn’t mean to say I won’t miss football terribly. I always absolutely love the first day of the season.

I used to sit in the changing rooms before kick-off and look at the fixture list that mapped out the challenges ahead.

I hope I have conveyed just how much I enjoyed it because, believe me, there is no better job in the world.

It has been humbling and emotional to receive so many good wishes since I made my retirement announcement in July, but I knew today would be the hardest of all.

The next best thing to playing is staying around the game and I will be doing that, thanks to this column and other media work.