Crowds descend on DC for historic March for Our Lives protest

Hundreds of thousands of people will gather in Washington DC on Saturday for the  March for Our Lives.

The event is being led by the student survivors of the Marjory Stoneman Douglas High School shooting on February 14 when 17 were slaughtered by a teenage gunman carrying a legally-purchased AR-15.

Eight hundred other events are being held around the world in solidarity, but it is the DC march students hope will finally force congress to change gun laws.

The DC march will start at noon on Pennsylvania Avenue between 3rd street and 12th street NW.

Lin-Manuel Miranda, Ariana Grande, Jennifer Hudson, Miley Cyrus, Demi Lovato, Common, Andra Day, Vic Mensa and Ben Platt will all perform in DC and there will be speeches from young survivors of the shooting. 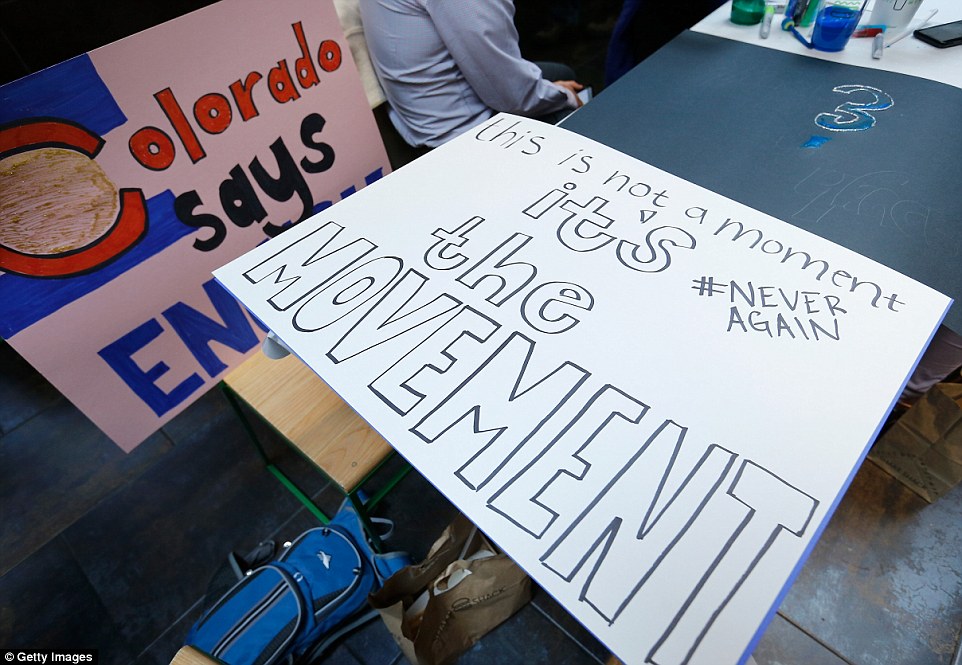 Students have been preparing for the event for days. In Washington DC on friday night, many banded together to create their protest signs

On Friday night, the Parkland survivors who had arrived early in DC held an emotional vigil in memory of their murdered classmates.

No adults or celebrities are expected to give a speech, instead giving the stage to 20 under 18s.

They will include Stoneman Douglas students and other youngsters from different schools around the country who have also been affected by gun violence.

George and Amal Clooney, Oprah Winfrey, and Cher were among the stars who marched in solidarity with the youngsters and their parents.

The Clooneys and Oprah each donated $500,000 to facilitate the event, as did Steven Spielberg and  Jeffrey and Marilyn Katzenberg.

The cast of Modern Family also pledged their support to the event in a video message.

They have all commended the Stoneman Douglas students for harnessing the debate on gun control and taking action. 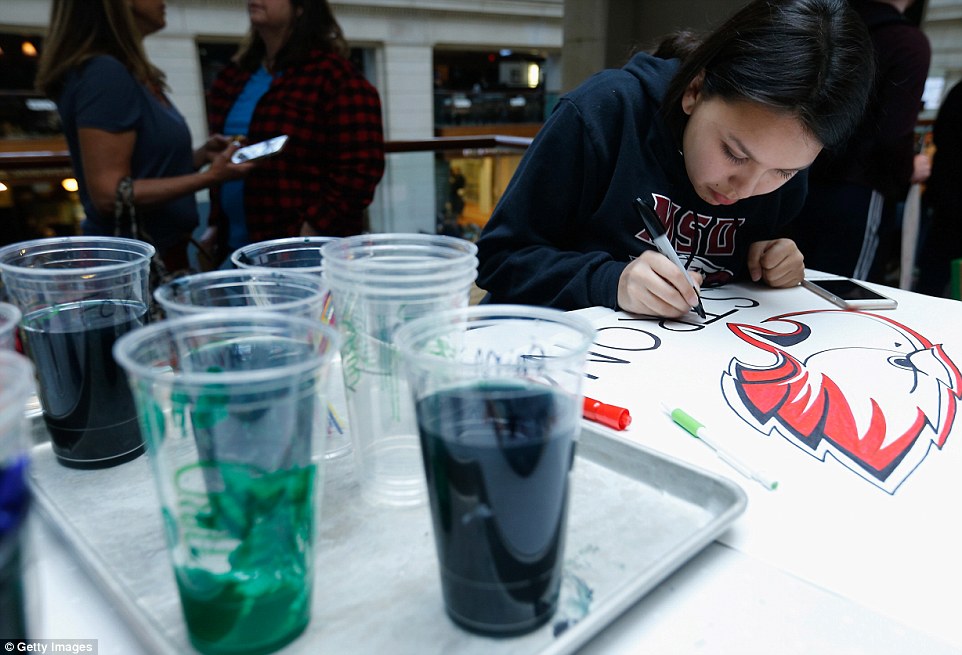 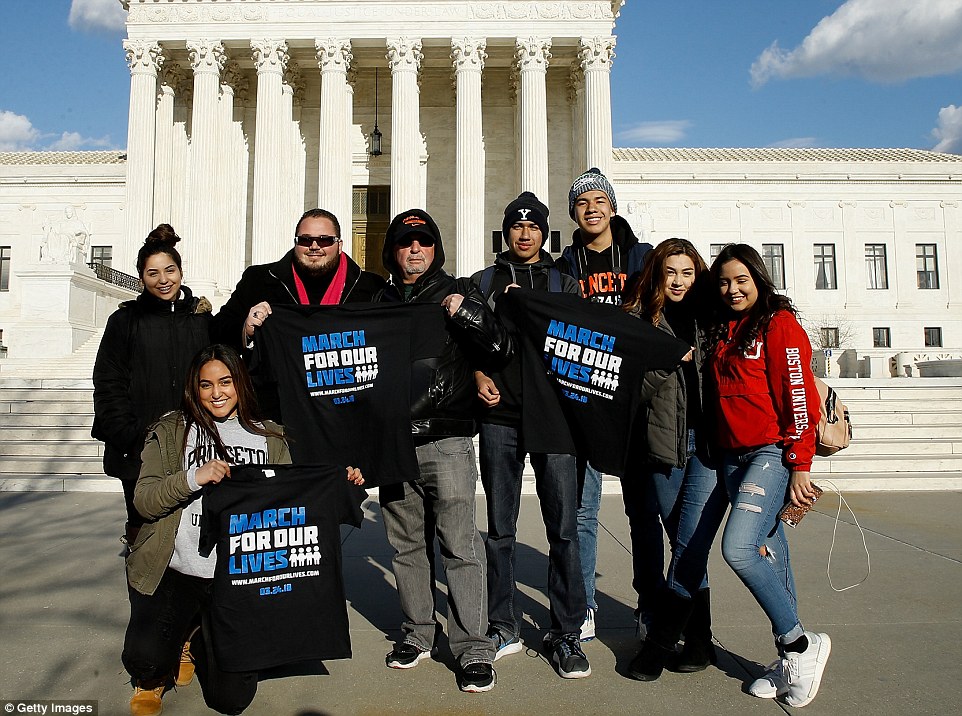 The students have created merchandise to sell at the event. All proceeds will go towards the March For Our Lives Action Fund

Others, including President Trump’s friend, Patriots owner Bob Kraft, lent their support in other ways.

Kraft gave the teenagers from Parkland his football team’s private plane to shuttle them to DC on Friday. 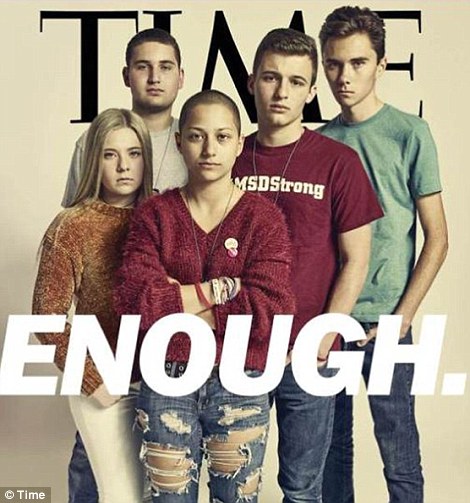 The march has been organized by the teenage survivors of the Parkland shooting on February 14, some of whom are pictured on the cover of TIME magazine this month

Delta also donated two of its aircraft to fly protesters to the city from Florida.

The event will wreak havoc on local transport and officials are on high alert for any security threats. Anyone wishing to take part in the event will be searched before they can enter it, according to local police.

As they prepared to march on Friday, President Trump announced that the Department of Justice would issue a ‘rule’ banning bump stocks – the firearm accessory which can turn non automatic guns into semi-automatic and automatic killing machines.

On February 14, gunman Nikolas Cruz did not use a bump stock to kill 14 students and three teachers.

The most infamous use of the accessory was by Stephen Paddock, the Las Vegas gunman who murdered 58 people by spraying bullets into a crowd at a country music festival in October.

He later shot himself.