Crown Princess Mary and Princess Marie led the glamour as the Danish royals attended the opening of parliament in Copenhagen today.

Mary, 46, opted for a printed fit-and-flare skirt in pink and navy for the state event at Christiansborg Palace, which she teamed with a smart double-breasted jacket.

The royal finished off the stylish look with a black pillbox hat, along with a matching clutch bag and stiletto heels.

Marie, 42, meanwhile looked chic in a cream and navy coat, which she wore over a blue floral dress.

Crown Princess Mary opted for a printed fit-and-flare skirt in pink and navy, teamed with a black double breasted jacket,as she attended the opening of parliament in Copenhagen today 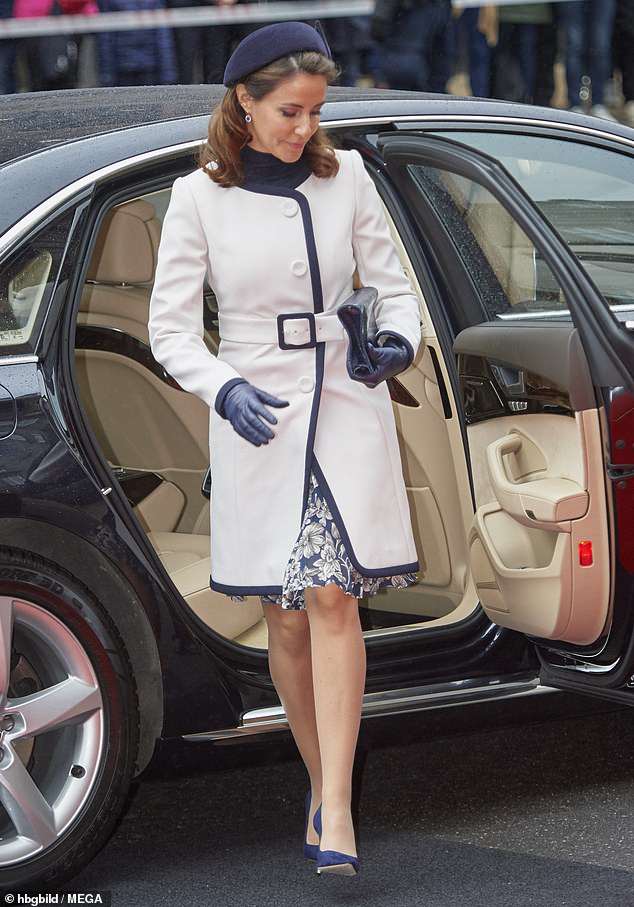 Princess Marie meanwhile opted for a chic cream and navy coat, which she wore with a blue floral dress underneath 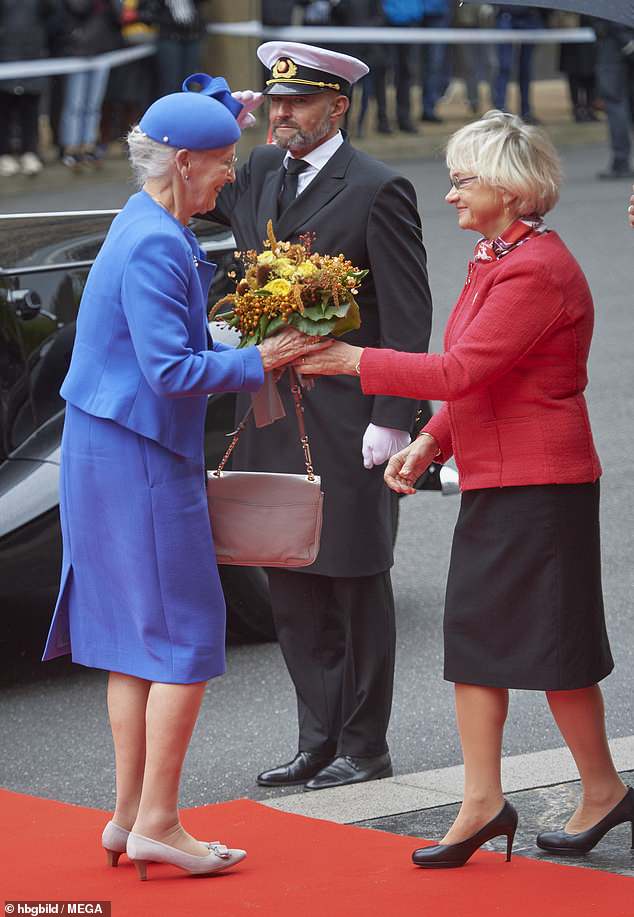 Queen Margrethe (far left) was presented with a bouquet as she arrived for the annual opening of Folketinget, the Danish national parliament

She accessorised her elegant ensemble with blue gloves, along with co-ordianating heels and headgear.

Mary and Marie were joined by their respective husbands Crown Prince Frederik and Prince Joachim for the opening of Folketinget, the Danish national parliament.

They were also joined by Queen Margrethe and Princess Benedikte, who were both presented with flowers as they arrived at the palace.

Margrethe, 78, opted for a royal blue ensemble, which she paired with grey accessories. 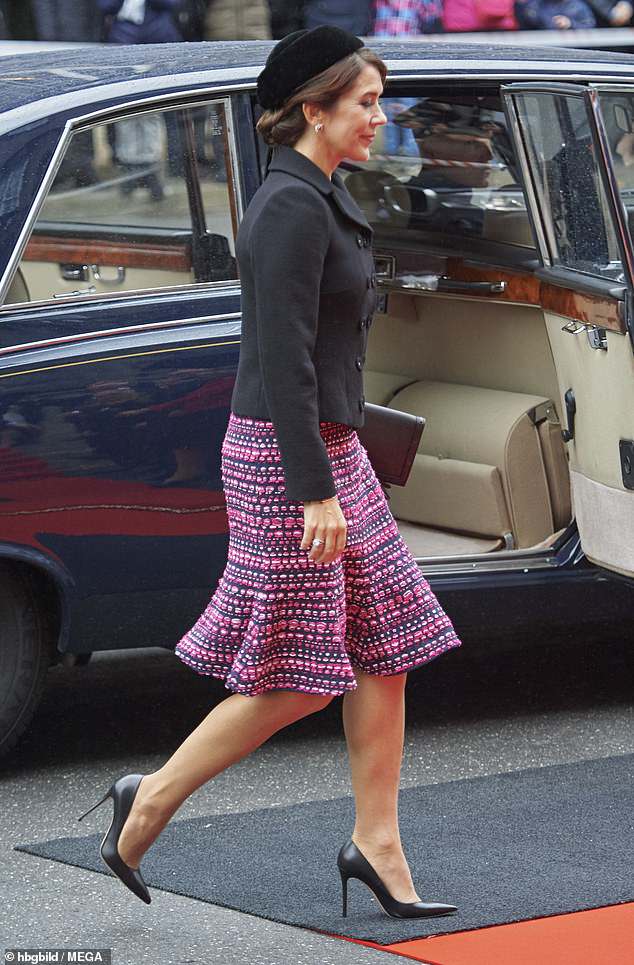 Mary, 46, (pictured) finished off her stylish look with a black pillbox hat, along with a matching clutch and stiletto heels 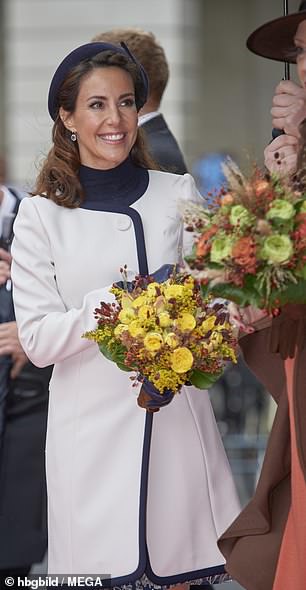 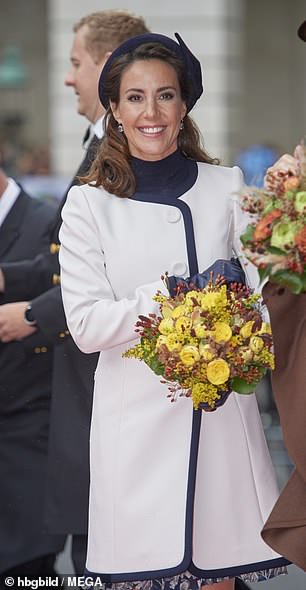 Marie, 42, meanwhile finished off her elegant look with a navy hat for the opening of parliament in Copenhagen 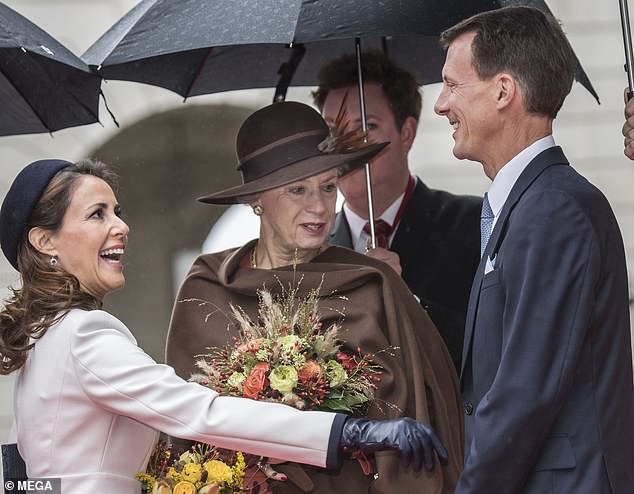 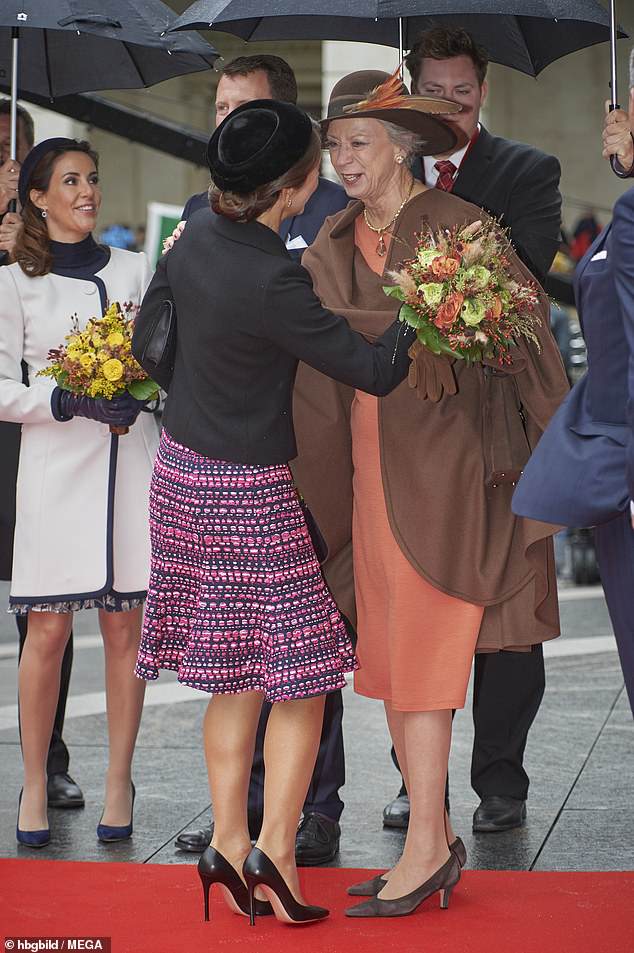 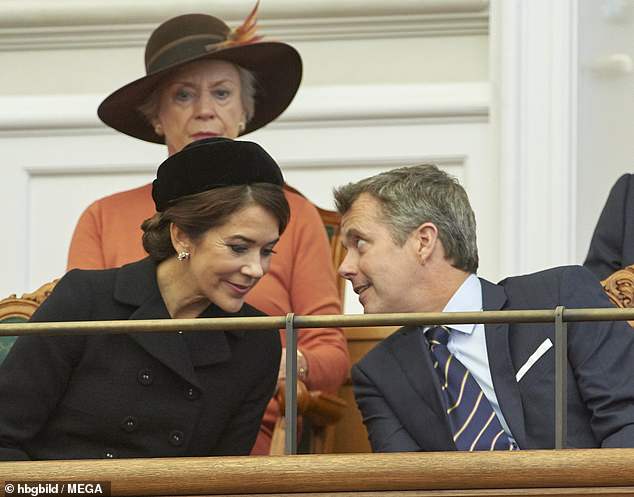 Mary was joined by husband Crown Prince Frederik (far right) in the royal box at parliament, along with Princess Benedikte (back)

Also ensuring she dressed for the occasion, Benedikte, 74, wore an orange shift dress, complete with brown cape coat and hat.

The Danish royals, who traditionally turn out in force to watch the opening of parliament every year, watched the Danish Prime Minister Lars Løkke Rasmussen deliver his opening address from the royal box inside parliament.

In his speech, Mr Rasmussen gave an outline of the government’s initiatives for the coming year.

He also said that his country should ramp up preparations for the possibility that Britain and the European Union will not agree a Brexit deal. 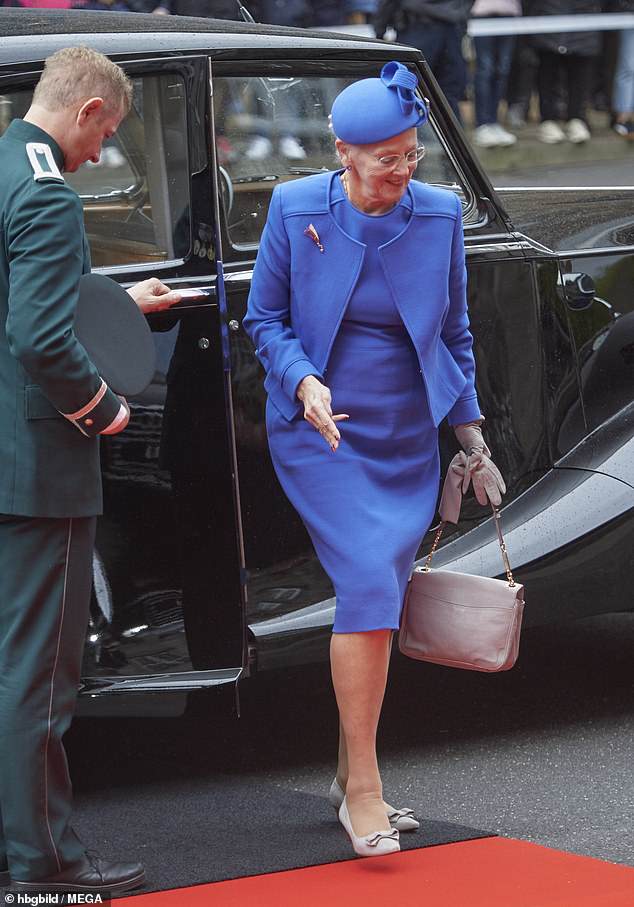 Queen Margrethe, 78, wore a royal blue ensemble for the opening of parliament, which she teamed with grey accessories 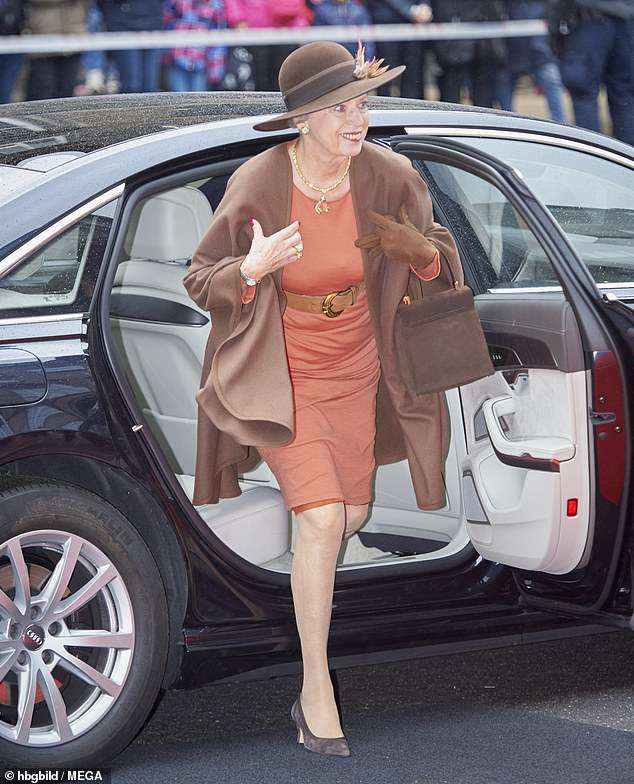 Benedikte, 74, meanwhile opted for an orange shift dress, which she teamed with brown cape coat and hat