Crown Princess Mary of Denmark and French First Lady Brigitte Macron were perfectly co-ordinated in the style stakes as they met in Copenhagen this morning.

The Danish royals welcomed President Macron, 40, and his 65-year-old wife as the French premier arrived for a two-day visit to the Danish capital.

Matched in vibrant shades of red, Kate Middleton-lookalike Crown Princess Mary of Denmark, and Mrs Macron appeared to brush over their similar wardrobe choices they’d made as they prepared to lay wreaths to fallen soldiers at the Citadel in Copenhagen.

French First Lady Brigitte Macron and Crown Princess Mary cut a striking duo in their perfectly co-ordinated red outfits. The 65-year-old president’s wife is in Copenhagen as her husband prepares to forge closer ties with the Danish government 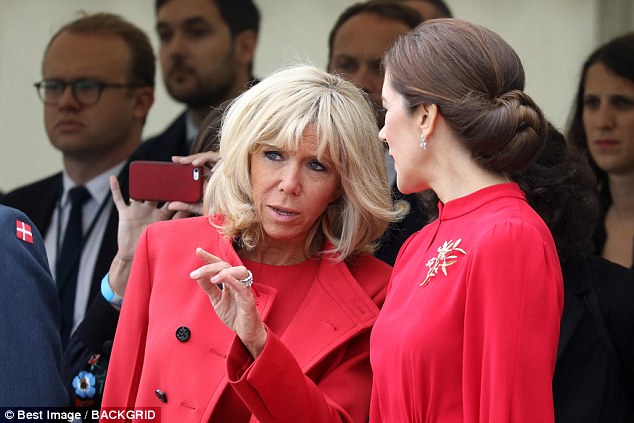 Brigitte opted for a warm woollen peacoat over a matching above-the-knee dress and handbag in the same shade.

She finished the striking look with a simple pair of black heels.

She carried a clutch purse in a deeper shade of red and wore snakeskin heels, with a botanical brooch complimenting her dress.

Her husband, Crown Prince Frederik of Denmark, 50, was also in attendance, looking dapper in a sharp blue suit. 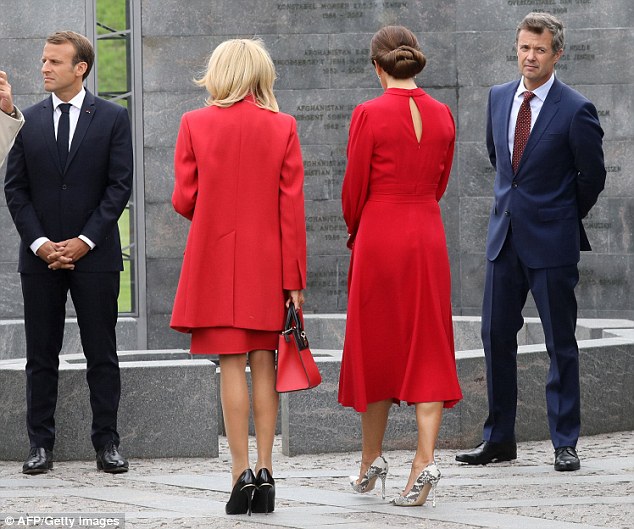 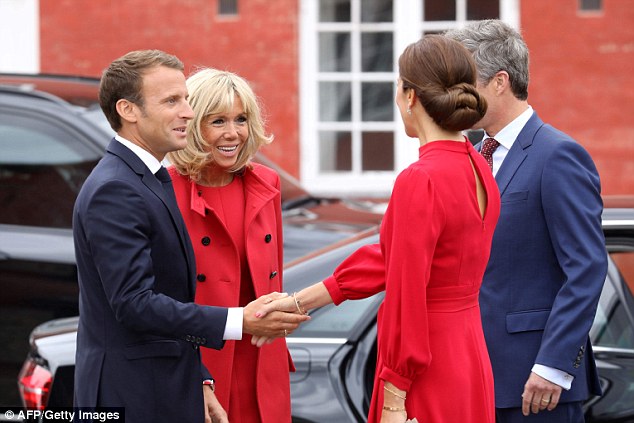 President Macron, arriving in Copenhagen to lay wreaths to fallen soldiers at the city’s Citadel, shakes hand with Crown Princess Mary as his wife Brigitte and Crown Prince Frederik (far right) look on 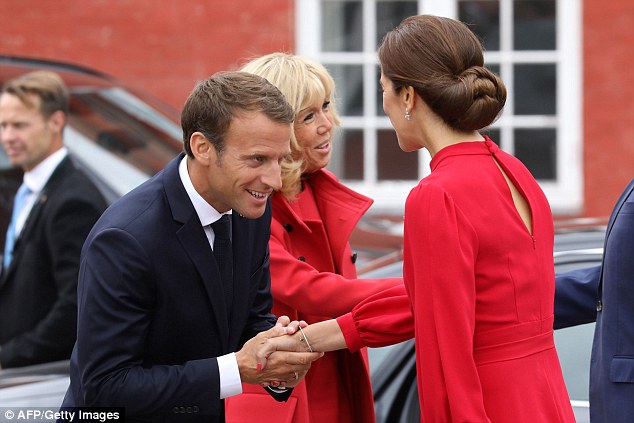 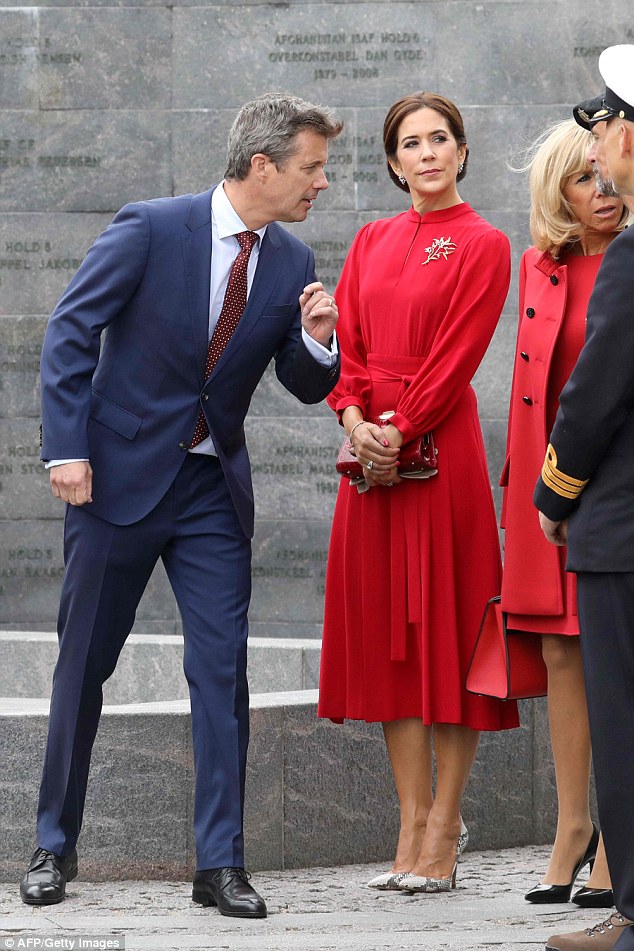 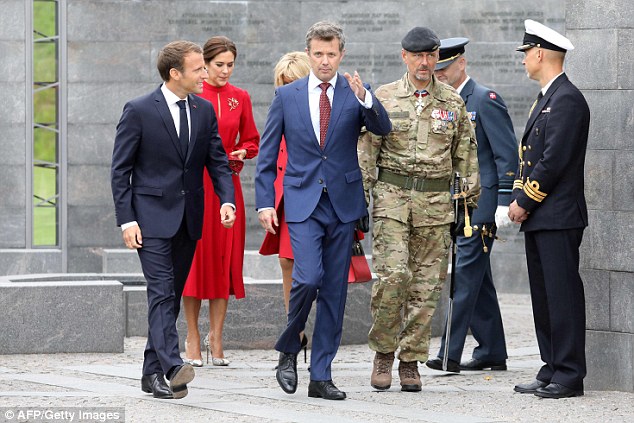 This way! Crown Prince Frederik guides his presidential guests through the Copenhagen citadel

French President Emmanuel Macron is hoping to build the relationships he needs to push France’s agenda of a more closely united European Union.

On Wednesday, the Macrons make a two-day visit to Helsinki, where the premier will meet Finnish counterpart Sauli Niinisto and Prime Minister Juha Sipila.

The couple have enjoyed a summer break though, surprising villagers in the Bormes-les-Mimosas area of south-eastern France.