Crown Princess Victoria of Sweden skis through the snowy countryside

Her royal duties usually involve attending a charity meeting in a smart dress and towering heels.

But today Crown Princess Victoria of Sweden opted for something a little different as she donned her snow gear and skis.

The royal, 40, was taking part in a Province Walk in Tarnaby and Hemavan in Swedish Lapland – a series of picturesque hikes set up to promote nature exploration in Sweden.

Mother-of-two Victoria looked sporty in black ski trousers teamed with a blue sports jacket to keep the chill at bay.

She kept cosy in a colourful knitted hat and donned a pair of dark shades to protect her eyes from the glare.

Crown Princess Victoria of Sweden, 40, cut a sporty figure on skis during a Province Walk in Tarnaby and Hemavan 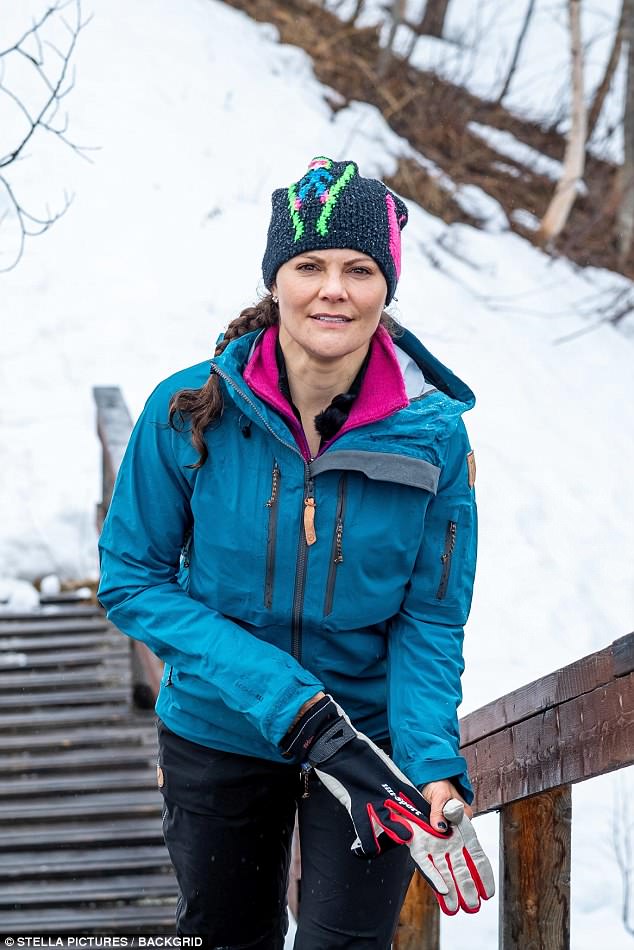 And she eschewed her customary swept back hair in a bun in favour of plaited pigtails for the casual outing.

The royal stopped off at Skytteanska School along the way for a storytelling session with children’s character Plupp.

The blue-haired, red nosed imp is the central character of a series of much-loved children’s books by Swedish author Inga Borg.

The Province Walk initiative started in September 2017 and sees the Crown Princess partaking in landscape walks to experience a part of Sweden’s uniquely accessible and varied nature. 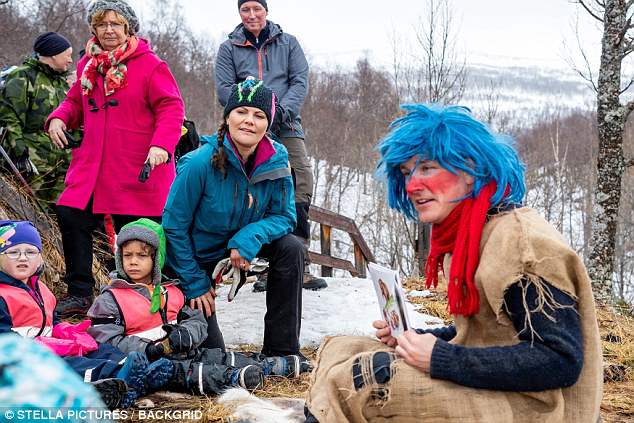 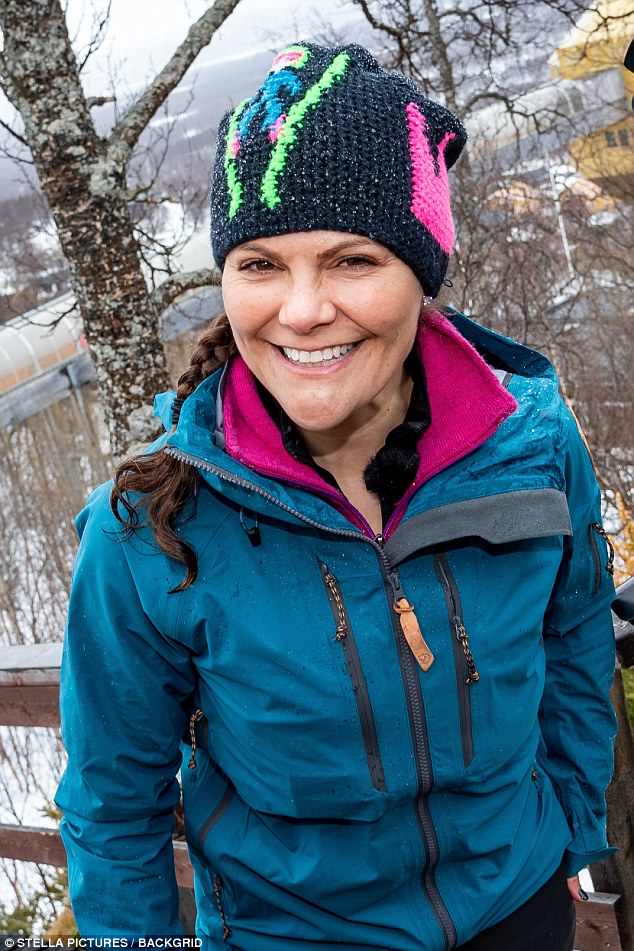 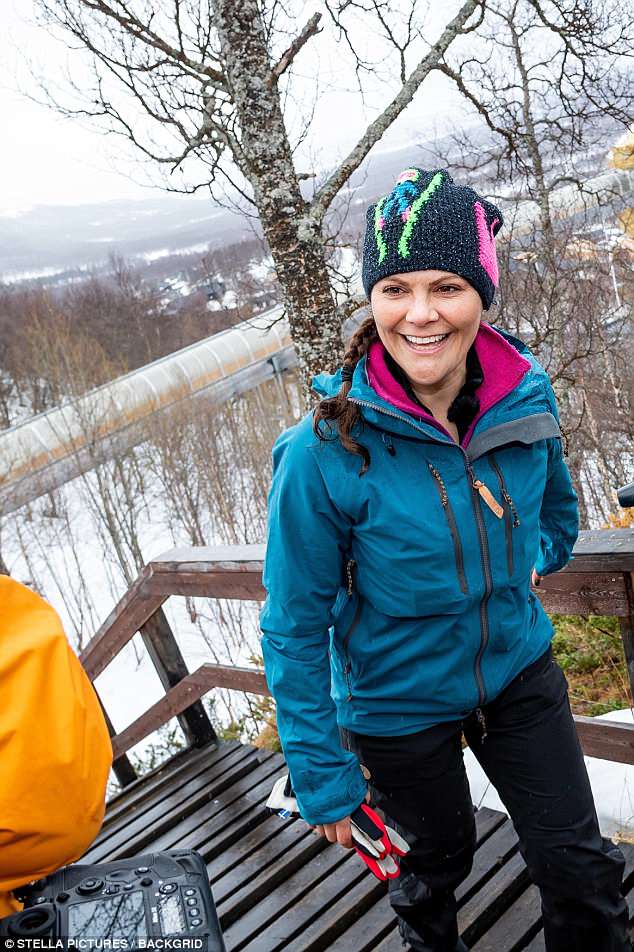 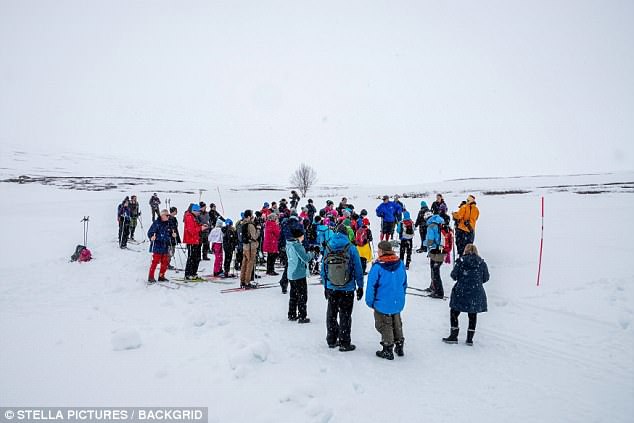