Crows player Paul Seedsman has been ruled out for the rest of the 2022 after battling lingering concussion symptoms, with the talented winger saying he was looking forward to getting ‘his life back on track’.

The 30-year-old copped a knee to the back of the head in preseason training just prior to Christmas, and has not been able to return to full training since.

Adelaide announced yesterday they are putting him on the Inactive List for the rest of the season alongside captain Rory Sloane, who tore his ACL in Round 5. The move will allow them to pick up two players in the midseason draft on June 1 if they so wish.

Seedsman’s concussion symptoms were so severe, the outgoing prankster told the Crows website he didn’t even want to socialise with his mates.

‘It just played with my moods, not wanting to do anything or be around people,’ he said.

‘But I think it was derived from the constant headaches and nausea, dizziness, all these different factors from the concussion that the place I’d almost seek comfort was laying down.’

When he was finally able to resume running he had to do so in sunglasses because of light sensitivity, and while he is conscious not to push ahead too quickly in his rehab, he is happy with the progress he is making. 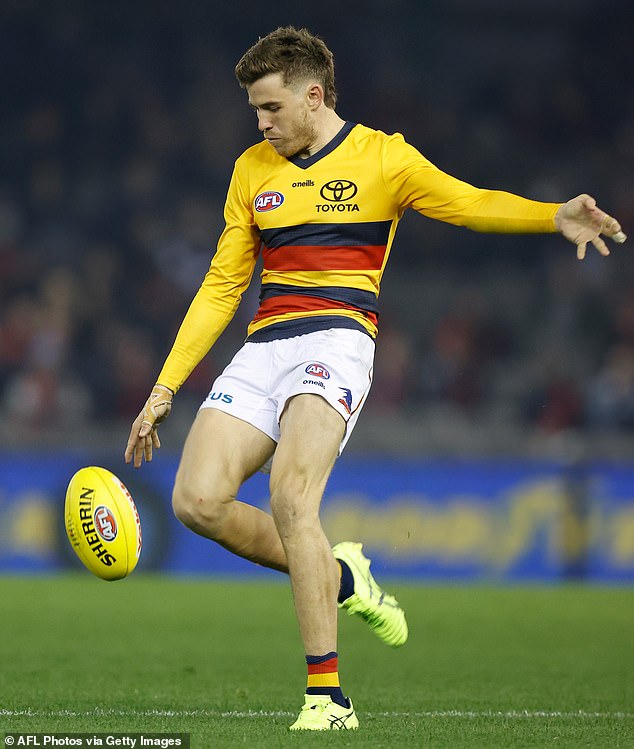 He averaged 26 disposals and five marks a game in 2021

‘I’ve had some good relief from that and I’m doing some work with a neuro physio and making some improvements in those areas and I’ve included light weights and running duties again which has been nice,’ he said.

‘That’s in its infancy stages but I’m going for a lot of walks and playing golf as part of my rehab which also helps my ability to work my ocular motor skills by tracking the ball.’

Seedsman was in superlative form last season, finishing third in the club’s Best and Fairest and being named in the All Australian squad for the first time. He’s contracted until the end of 2023, so the club will be hopeful the skilful midfielder can regain his form if his health holds up. 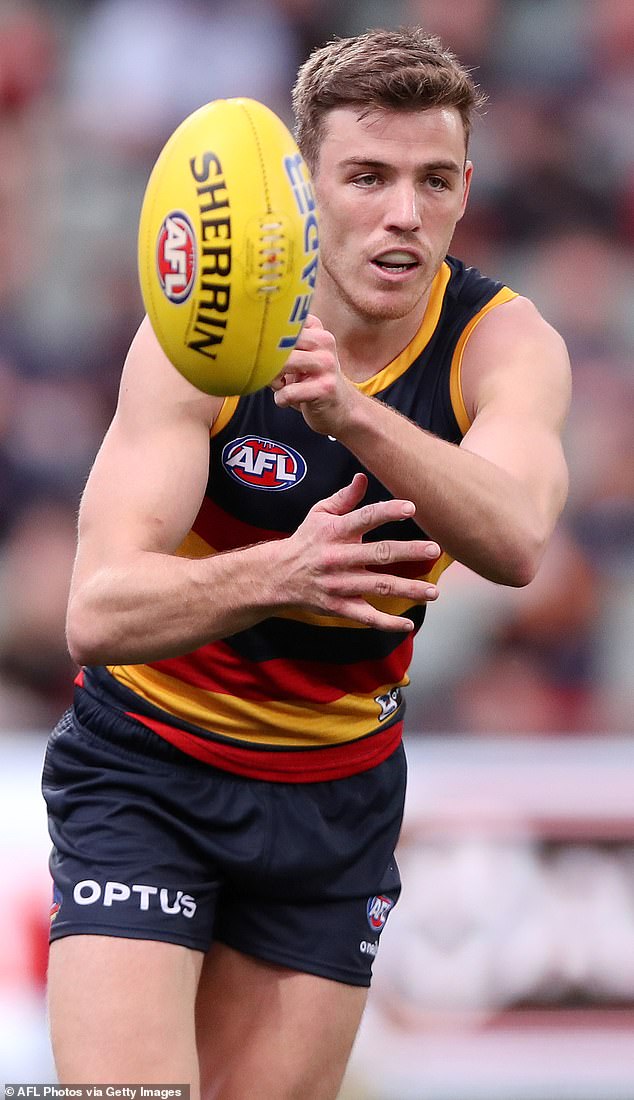 Seedsman was brilliant on the wing for the Crows last season, culminating in All Australian squad selection

For Seedsman, it’s more about improving his day-to-day life than getting back on the footy field, though that is clearly still an aim.

‘I haven’t given up, the long-term picture is I want to return to football. I love playing football but first and foremost I want to get life back on track and to be doing the normal things of day to day living,’ he said in the wide-ranging interview.

‘I was playing golf with two older fellas and I was standing there on the eighth hole, it was a beautiful day and I had no headache, and I thought, “Gee, I can’t remember the last time I felt this”.

‘Getting through a day without a headache or feeling nauseous sounds so simple but they’re the little things now.

‘I’m not there yet but I almost feel my life away from football and being an athlete is getting a lot closer to normality,’ said Seedsman.

He’s been able to put his time off to good use, marrying partner Alice Gough, and said he was able to shake off the symptoms for a few days while he celebrated the occasion. 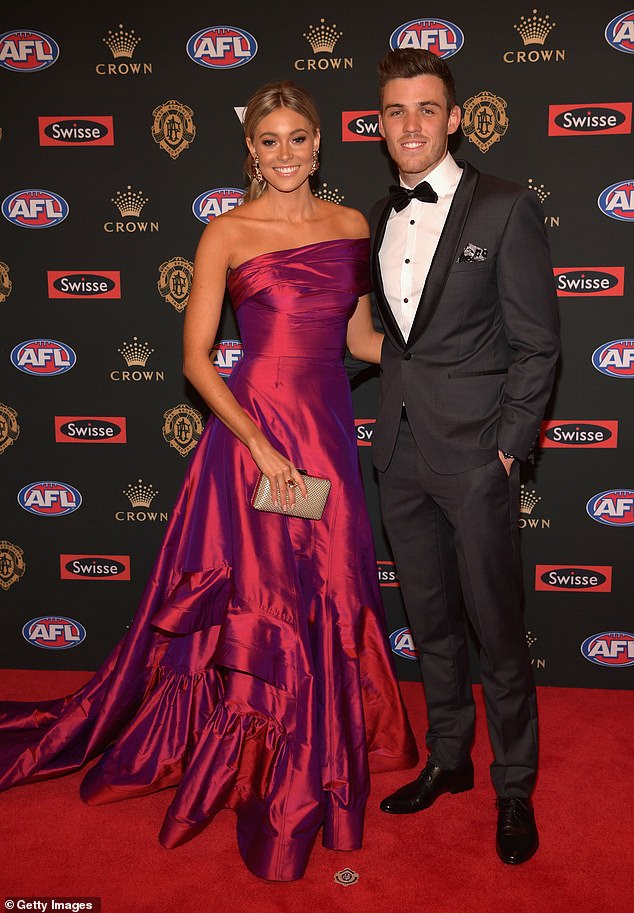 ‘The lead-up was a challenge and I was concerned that I wouldn’t be able to enjoy my wedding, that was very real,’ he said.

‘But whether you put that down to adrenaline or excitement, just having a good day or having some good results with my medication I was able to have a great day.

‘But again I probably paid for that for a couple of days afterwards.

‘My wife Alice and I spent a lot of time together while she was working from home during Covid and all that so that’s been great,’ said Seedsman.

The youthful Crows side has had an up and down season so far, and sit 15th on the ladder. They will need to be at their best on Saturday afternoon to get the win over the Cats in Geelong.