The force’s three-year probe which used up 2,250 police hours was closed earlier this year after officers concluded foxes were responsible for mutilating the animals.

The cost of the operation, which at points had a dedicated team working on it, stands just short of an estimated £140,000 after the hours for the officers were added up, along with £8,000 on post-mortem examinations.

Pet owners had feared a serial killer was on the loose after hundreds of cats were reported to have been decapitated and dismembered across the south London borough and beyond since November 2015.

The mystery was allegedly solved in September when the Metropolitan Police said there was ‘no evidence that any of the cats had been killed by a human’.

However, some pet owners did not buy it. Hayley Gray said her pet Squiggles, who was 18-months-old, had no ears, tail and was missing a back leg when she was found dead.

The 31-year-old from Addlestone said: ‘She had both her ears and tail cut off, one of the back legs was removed and she had been sliced from the neck all the way done,’ she said.

The force has revealed it spent £8,100 on post-mortem examinations alone during the probe, codenamed Operation Takahe, in response to a freedom of information request made by the Press Association.

A cat named Bertie, 12, whose headless body was found in Surrey at the height of suspicions over a ‘cat killer’ roaming around Croydon 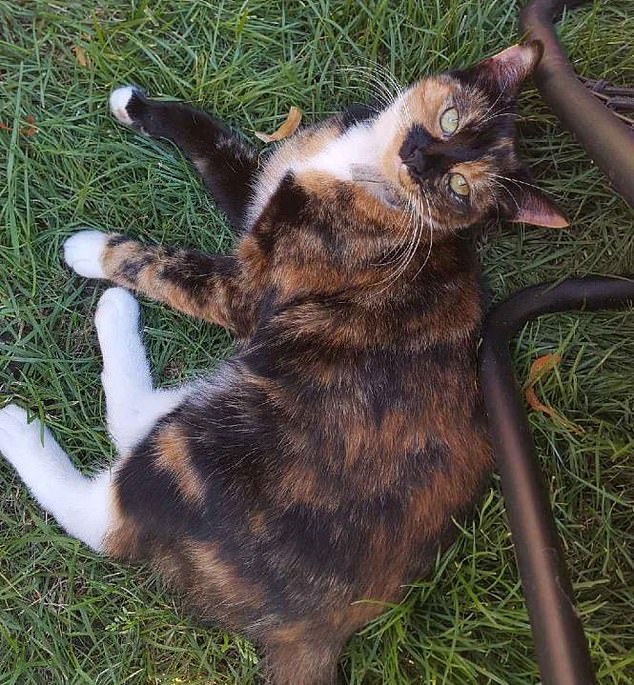 Squiggles the cat, alleged victim of the killer who was thought to have travelled the M25 – before police said it was not real 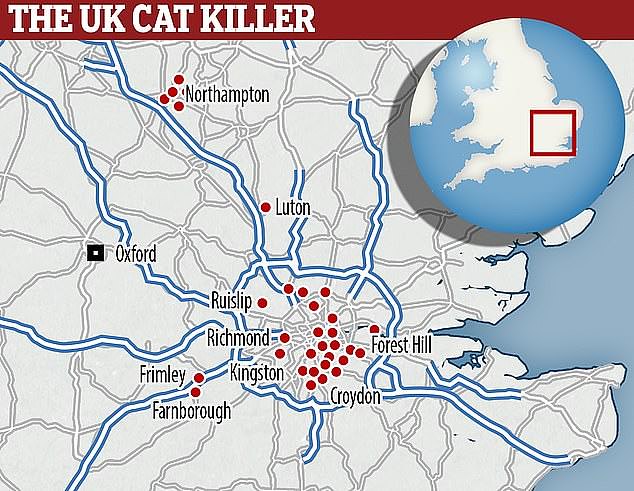 Scotland Yard refused to answer exactly how much it cost, as they said there was no ‘cost code’ designated for Operation Takahe, making it impossible to calculate spending on officers, staff and other expenses.

However, the Met estimated 2,250 police hours were spent on the probe, with two detectives and two constables on the investigation team at one stage.

Frontline Policing Commander Amanda Pearson said: ‘The decision was made to allocate a large number of similar reports of mutilated cats to the officers who were investigating the initial spate of such allegations in Croydon. In particular, they were following up six suspicious cases identified by post-mortem examinations.

‘While this increased the workload of those officers, it significantly reduced the resources that would have been required for different officers in different units to record and assess each allegation separately.

‘It is this collating of reports that enabled officers to work with experts and reach the conclusion that no further police investigations are required into any of the allegations relating to mutilated cats.’

Police ruled out the theory that ‘a person or persons were travelling the county and mutilating animals on a serial basis’, and said all of the cases of cat mutilation will be recorded as ‘no crime’.

But that is not widely accepted.

Boudicca Rising, co-founder of South Norwood Animal Rescue and Liberty, said in September: ‘We are aware of the notification by the Met Police that they are discontinuing Operation Takahe.

‘This is due to ‘new evidence’ that suggests the injuries to the cats are fox predation post- road traffic accident or other event.

‘As you can imagine, this morning’s announcement has come as a surprise and we will be taking advice on how to move forward.’

She said that after considering the evidence she was certain that human involvement was behind the cat deaths.

‘We have expert evidence to back this up, over the last three years, we have discounted over 1,500 incidents as non-human related,’ she added.

The Met said the post-mortem examinations on an initial 25 cats found they succumbed to a blunt force trauma, such as being run over. Their bodies were said to have been mutilated after death.

Six cases were deemed to be suspicious and required further investigation, during which another 400 reports of cat mutilations were collated in and around London.

A Scotland Yard statement in September said: ‘The investigation took almost three years, due to the number of reports and allegations received from the public and the need to work with specialists to scrutinise any evidence. 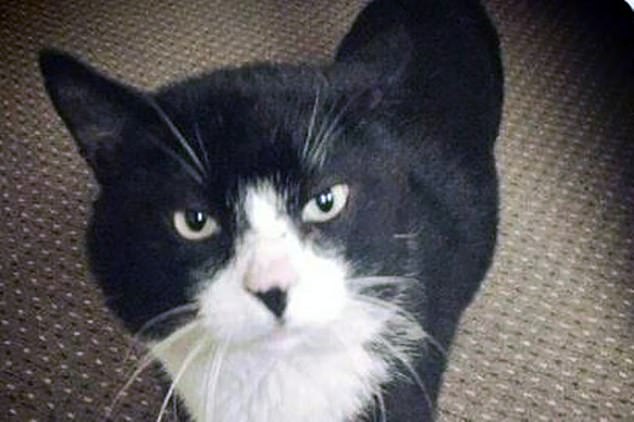 ‘No evidence of human involvement was found in any of the reported cases. There were no witnesses, no identifiable patterns and no forensic leads that pointed to human involvement. Witness statements were taken, but no suspect was identified.’

The Met said it ‘took note of expert opinion’ which highlighted how wildlife can be known to scavenge on roadkill, often removing limbs before dumping the corpse.

Chief Inspector Stuart Orton, who led the investigation in Hertfordshire, added: ‘The evidence suggests that the animals had been predated by foxes – in a rabbit’s case after being removed from a hutch, and in a cat’s case after death, likely caused by a road traffic collision.

‘I hope this conclusion brings comfort to pet owners who have, up until now, been frightened to let their animals out at night.’