A gambler who used a chair to smash a ‘crack cocaine’ fixed-odds fruit machine after it swallowed hundreds of pounds is at the centre of a police hunt today.

The punter lost £500 to the ‘high stakes gaming machine’ before he admitted defeat and moved towards the shop’s door at around 8pm in Thornton Heath, Croydon, south London.

At the door he stopped, turned around and walked back inside.

The punter made his way to the door but stopped, turned around, lifted a stool and drove it into the machine that swallowed £500

He then picked up a seat and drove it into the electronic betting machine before smashing it repeatedly.

After his frustration is vented he picks up his backpack and escapes the shop.

And CCTV captured the unfortunate reaction on March 4 with Croydon police now appealing for anyone with information to get in contact. 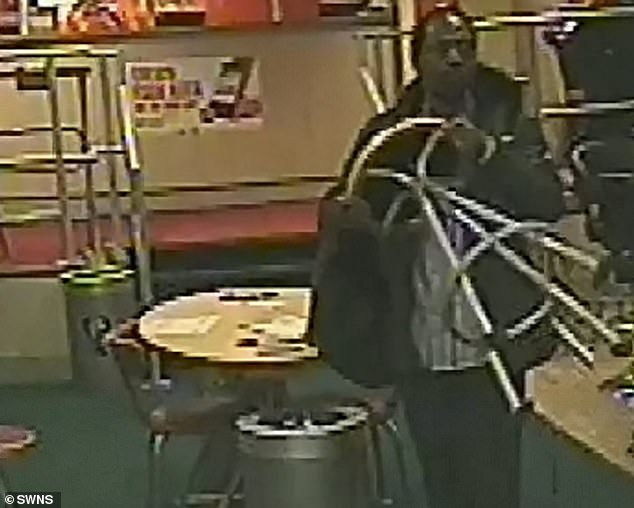 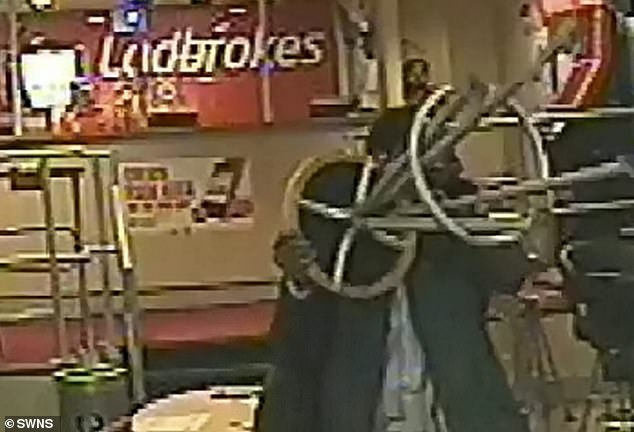 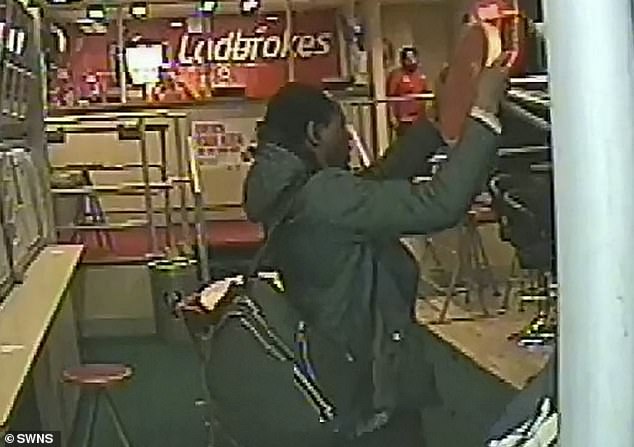 The punter lost £500 to the ‘high stakes gaming machine’ before he admitted defeat at around 8pm in Thornton Heath, Croydon, south London

The man was described as black, in his thirties or forties, with short dark hair and wearing a white striped shirt with a green parka-style coat.

A police spokesman said: ‘At a betting shop in Thornton Heath on Monday, March 4, at around 8pm, a man who had been losing money in a high stakes electronic gaming machine appeared to get angry and smashed the screen of the machine with an object.

‘He then walked out the shop. His anger was clearly directed at the machine in which he had lost so much money and no one else was involved.

‘Police attended but no suspects have been arrested at this stage.’

The crack cocaine of gambling: What are fixed-odds betting machines 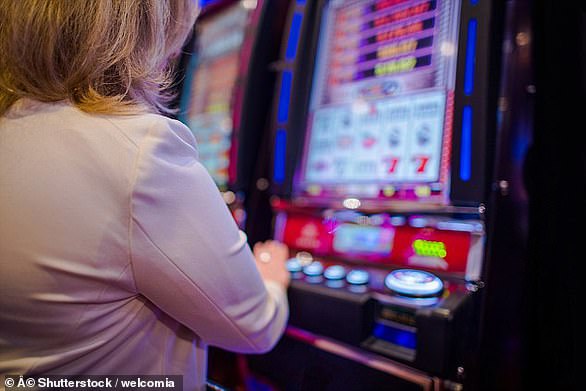 A Fixed Odds Betting Terminal (FOBT) is a games machine that usually hosts blackjack and roulette.