Mohamed Salah found the back of the net again as Liverpool came from behind to steal three points off Crystal Palace.

The home side had taken the lead from the spot before Sadio Mane drew the sides level. Salah delivered the fatal blow with just seven minutes left to play after showing great composure to control the ball and finish into the corner of the net.

Here, Sportsmail runs you through everything you might have missed from Selhurst Park. 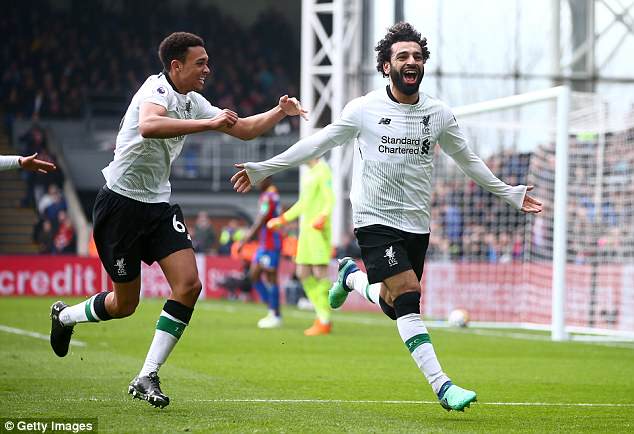 All the best banners from Selhurst Park

All the banner boys and girls were out in full force for Liverpool’s clash with Crystal Palace on Saturday.

Before the match at Selhurst Park, fans from the home and away sections displayed numerous banners.

Some were hilarious, others sent out a more serious message. Below are some of the best ones that were on show. 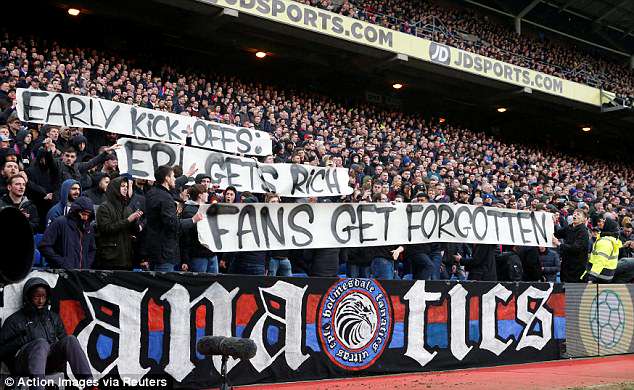 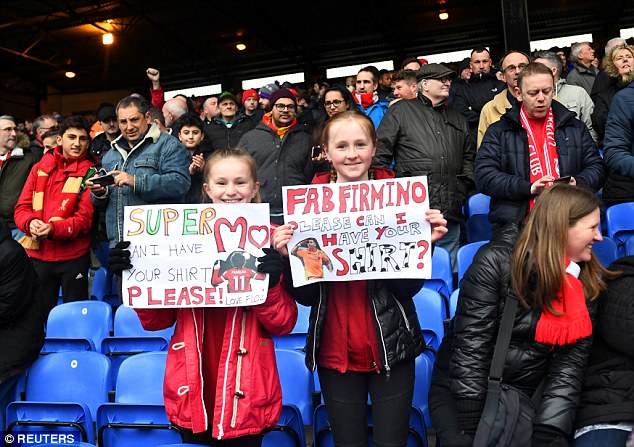 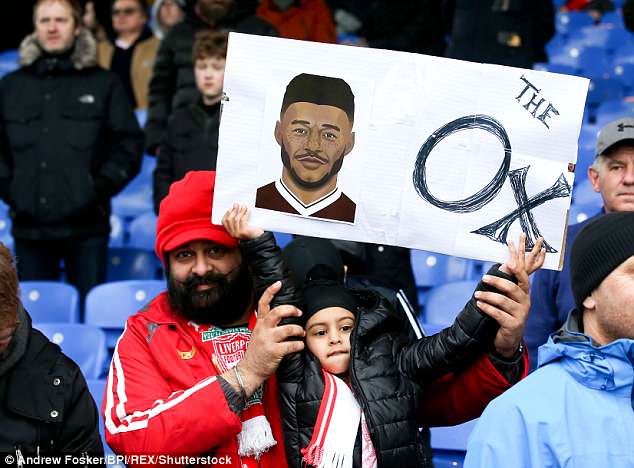 Sadio Mane’s equalising goal at the weekend was his 43rd in the Premier League.

He possibly could have broke the record on the same afternoon but had to be substituted with Jurgen Klopp concerned about him picking up a second yellow card. 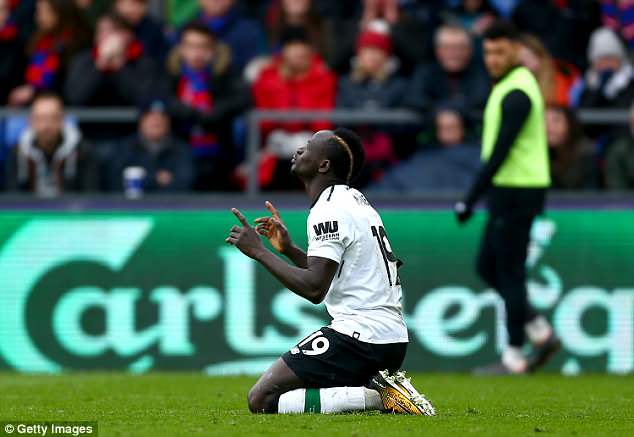 Liverpool fans took to Twitter on Saturday afternoon to express their fear for when Trent Alexander-Arnold has to face Leroy Sane.

The Manchester City winger is likely to go up against Alexander-Arnold when the two teams meet in the Champions League next Wednesday.

Alexander-Arnold started for Liverpool at Selhurst Park and while he looked a danger going forward, seemed to struggle with his defensive duties. 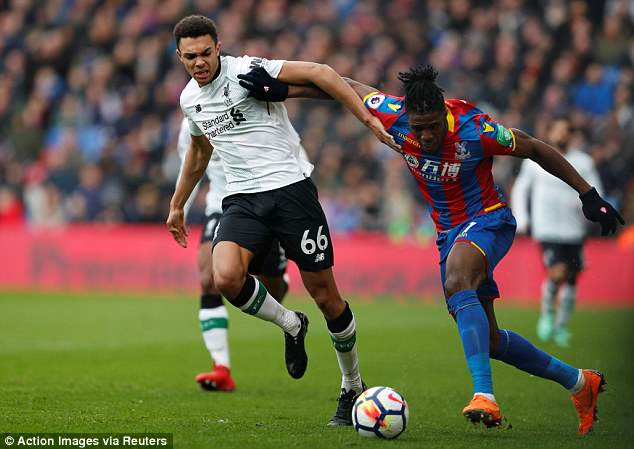 The young defender had a tough day trying to cope with the pace and directness of Wilfried Zaha – something Sane has in abundance – leaving some Liverpool fans worried about the City match.

One Liverpool fan used the maximum characters in a tweet by repeating ‘I will not think about Trent v Sane’.

The Palace forward has scored just once since the turn of the year and his performance on Saturday afternoon showed why that is.

Against his former club Liverpool, Benteke should have been chomping at the bit to prove them wrong for selling him in 2016.

But if anything he vindicated that decision in two short minutes. A lucky deflection fell kindly for Andros Townsend to flick on for Benteke. 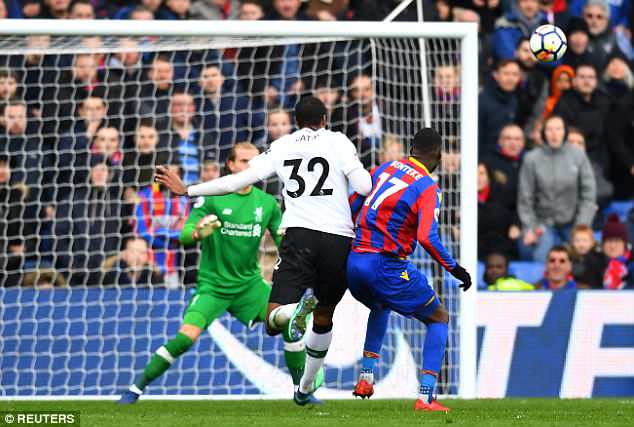 Loris Karius came off his line, presenting the Belgian forward with a chance to lob him. But he got his effort completely wrong and scuffed his half-volley wide.

A minute later he had another chance to score. Townsend was again involved and teed Benteke up to strike at goal in the box.

But he was leaning back as he made contact with the ball and curled it harmlessly over the bar. The look on his face said it all. 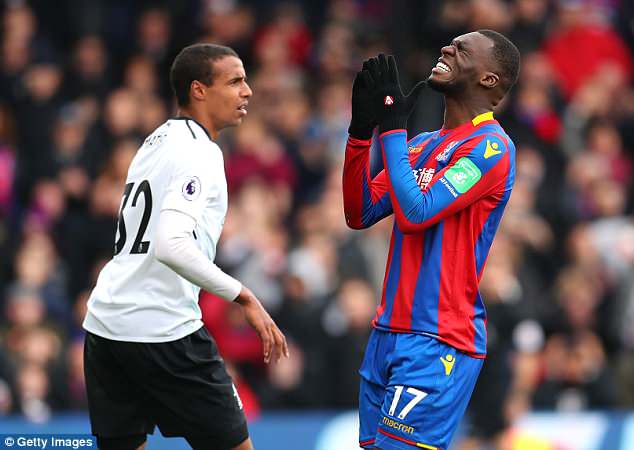 Wilfried Zaha too hot to handle

No player in the Premier League has won more penalties than Wilfried Zaha.

That in turn has helped team-mate Luka Milivojevic convert the most penalties in the league – with seven goals to his name now. 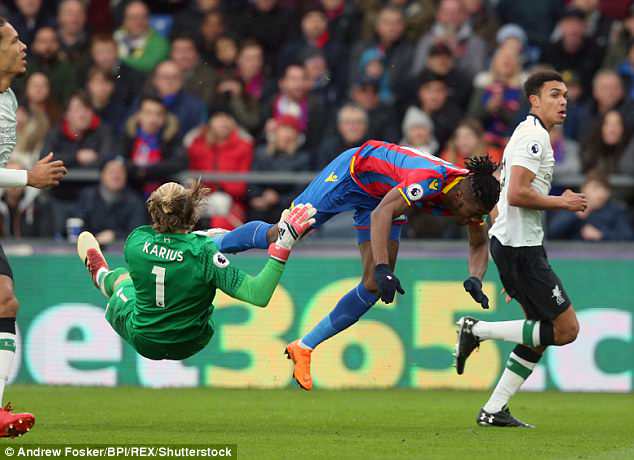