On his knees, Slaven Bilic was broken man. Five yards away Roy Hodgson was elated.

Who on earth would be a football manager?

Thirty seconds from a vital victory, the agony was etched across Bilic’s face as Wilfried Zaha scored a equaliser for Crystal Palace in the final of six minutes of stoppage time.

The West Ham manager knew the score: victory against would keep him in a job. Defeat…and who knows? 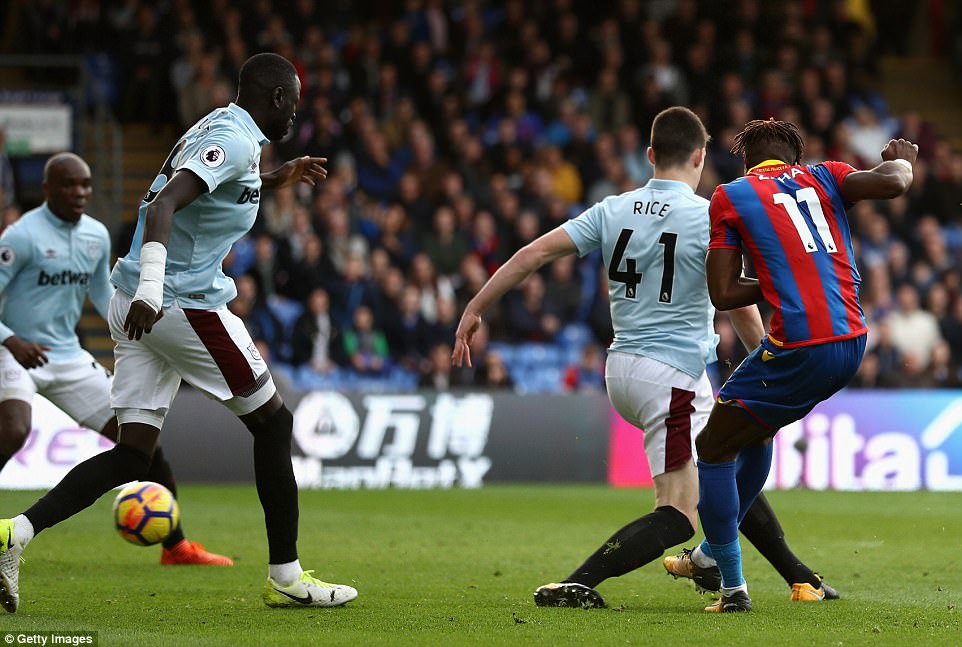 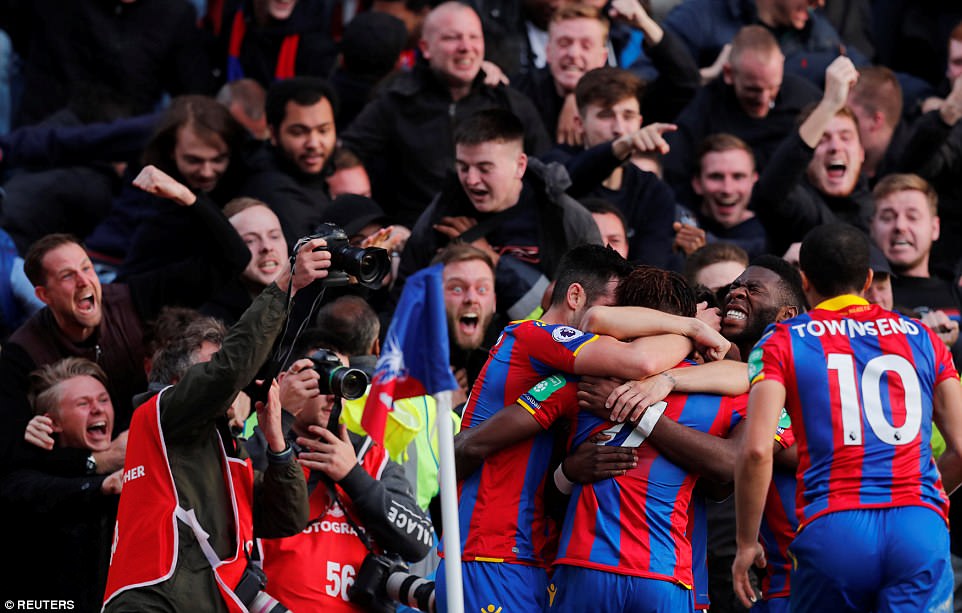 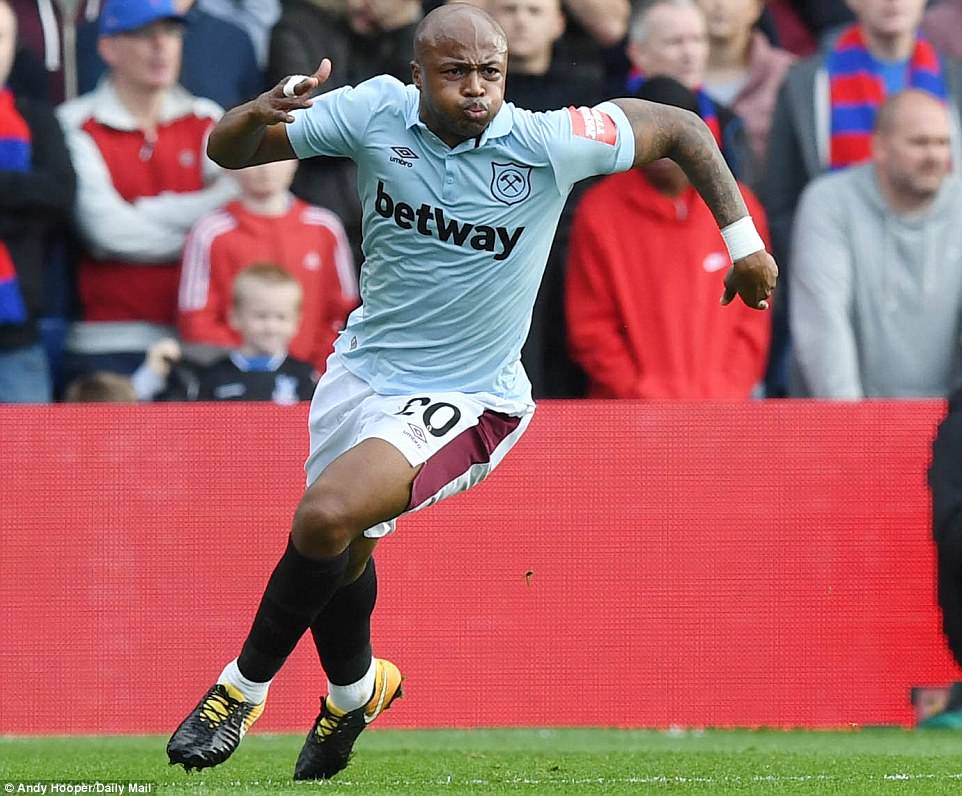 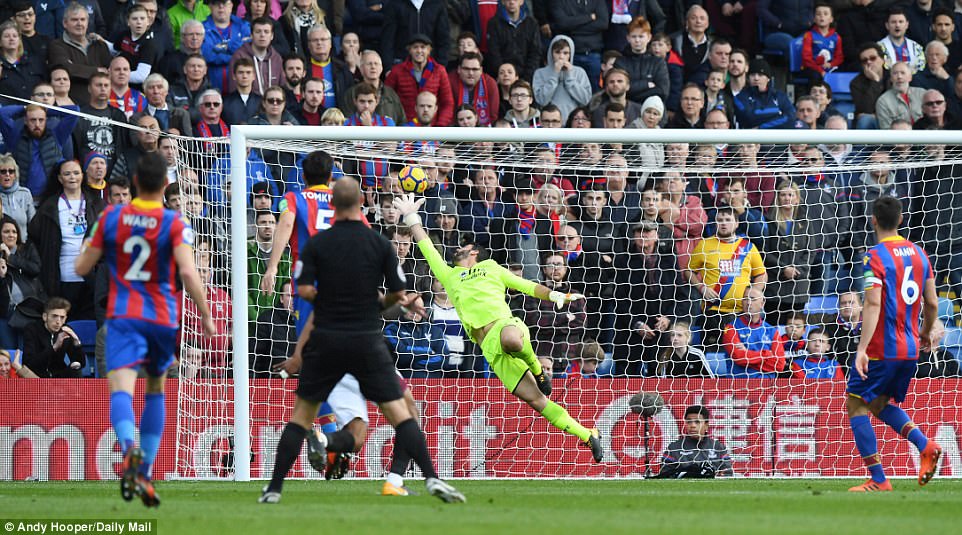 A draw should be enough to keep the wolves from the door for now. But how West Ham contrived to throw this one away will keep Bilic awake.

Furious scenes surrounding Mark Noble after the final whistle told us all we needed to know.

It looked for all the world that he players had come up trumps for him. First half goals from Chicharito and Andre Ayew putting West Ham on course for a second straight win.

Glancing at the table ahead of kick-off, you’d be forgiven for thinking Hodgson was more in need of the points than Bilic.

But the West Ham boss knew the score. Not that Hodgson was in any mood to go easy on his opposite number. 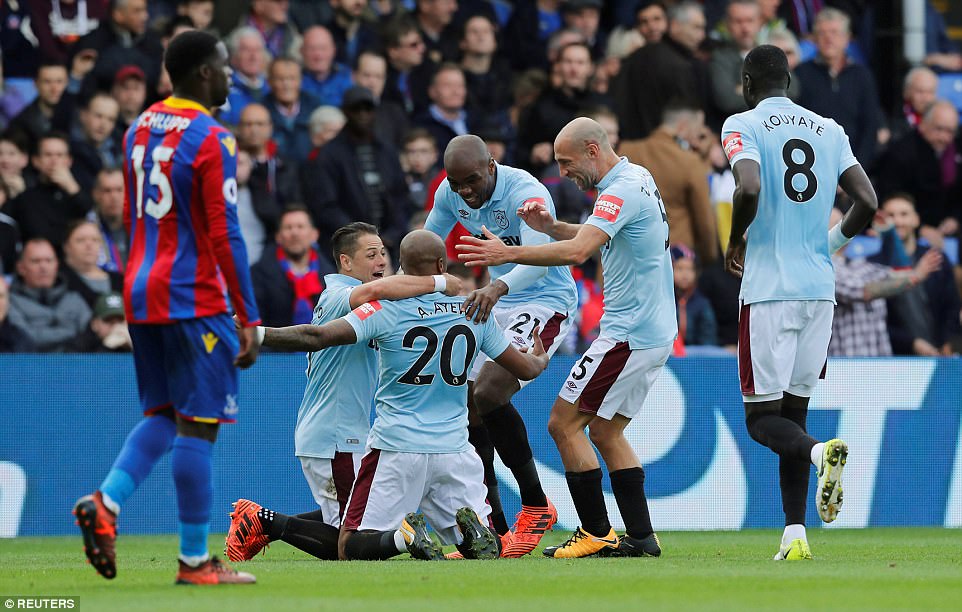 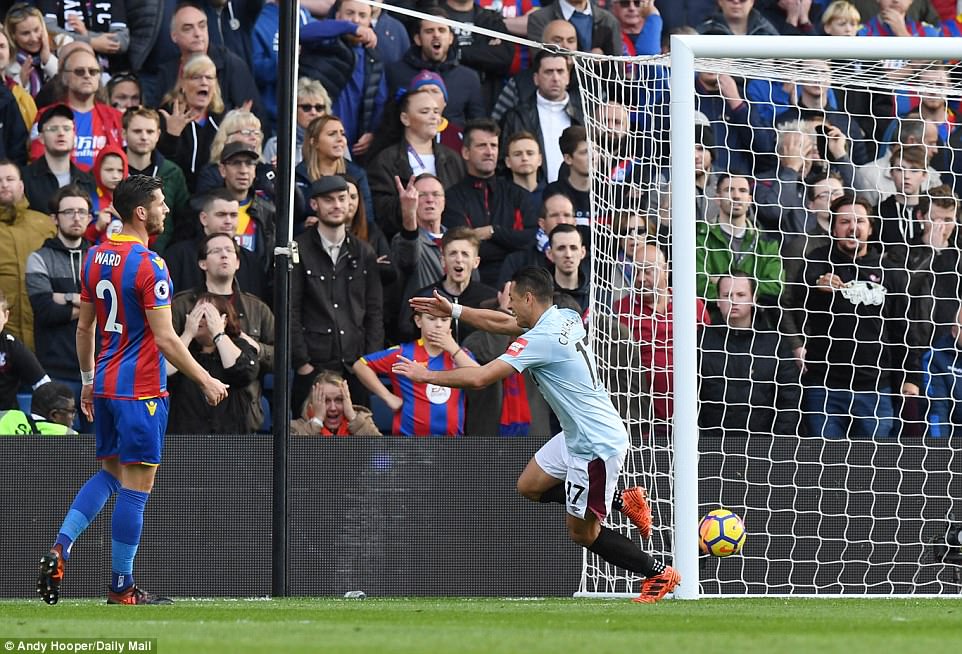 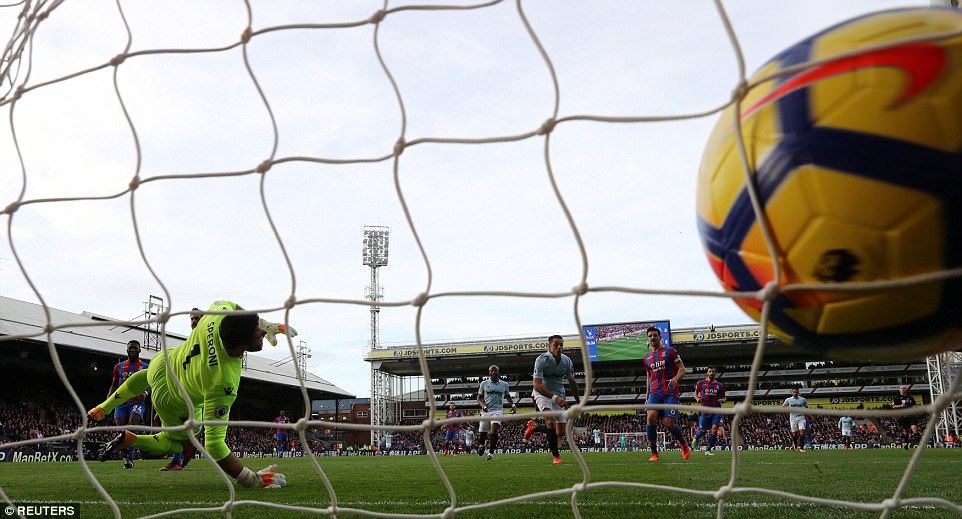 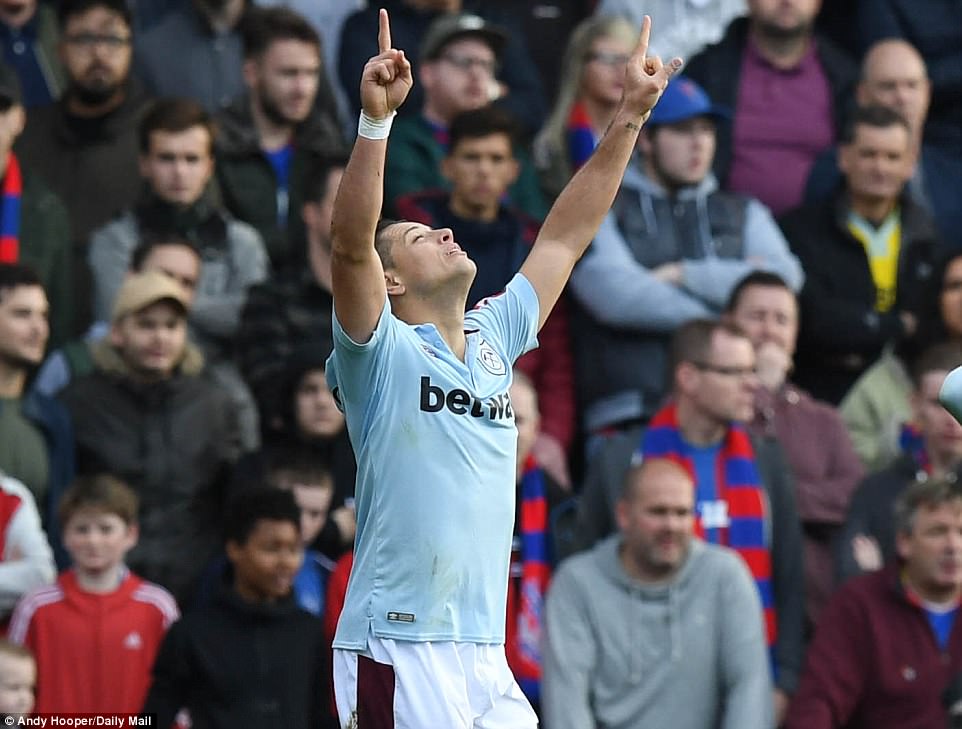 Three points and two goals to show for Palace’s first eight games of the season ahead of kick-off has left Palace with a mountain to climb in their bid to avoid relegation.

Their chances took an early blow in the 12th minute, Hodgson forced into replacing Patrick van Aanholt, who looked to have suffered an ankle injury, with Timothy Fosu-Mensah.

Not that the enforced substitution disrupted Palace’s flow. A team would have to string three passes together for that.

The Hammers weren’t any better, in fairness. For the want of a better phrase: this was turgid.Thirty minutes had passed without anything resembling an opportunity. Then suddenly the game burst into life.

Wilfried Zaha, falling under pressure from Jose Fonte, saw his 31st minute penalty flatly rejected by Bobby Madley, much to the annoyance of the home fans.

Seconds later Palace were behind as the Hammers cut through Palace with an incisive move that ended in Chicharito expertly finishing Aaron Cresswell’s cut-back.

The move was swift and incisive. Palace, in contrast, were slow and indecisive reacting.If wasn’t for Joe Hart’s lightning reactions, Palace would have levelled just five minutes later.

The England goalkeeper’s point-blank stop for James Tomkins’ close range header was good enough, but to follow that up with a breathtaking instinctive save to deny Jeffrey Schlupp’s follow-up was brilliant.

And to complete Palace’s nightmare first-half, the Hammers doubled their advantage two minutes before half-time. 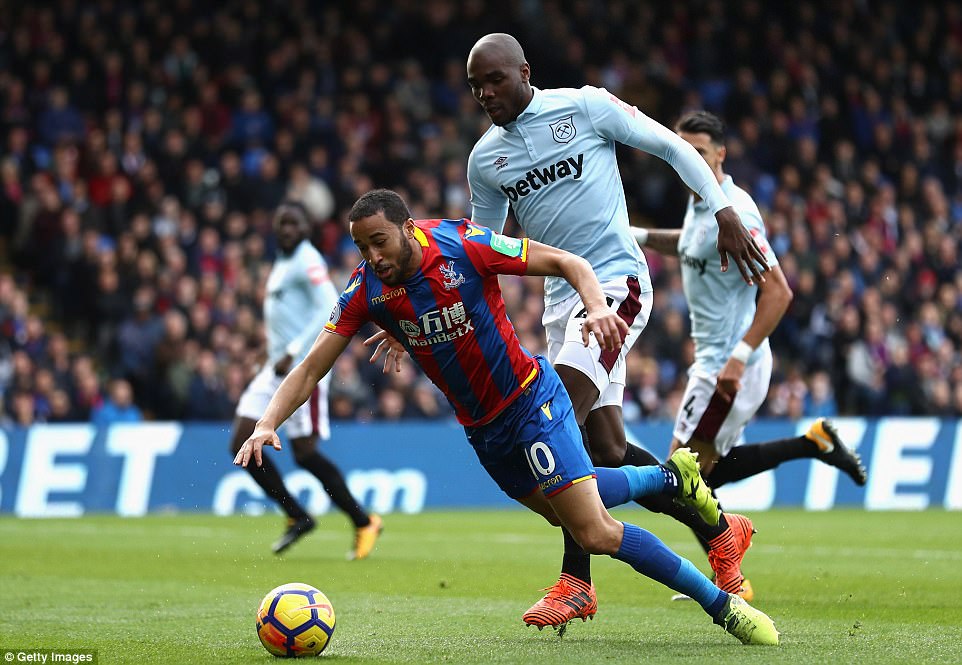 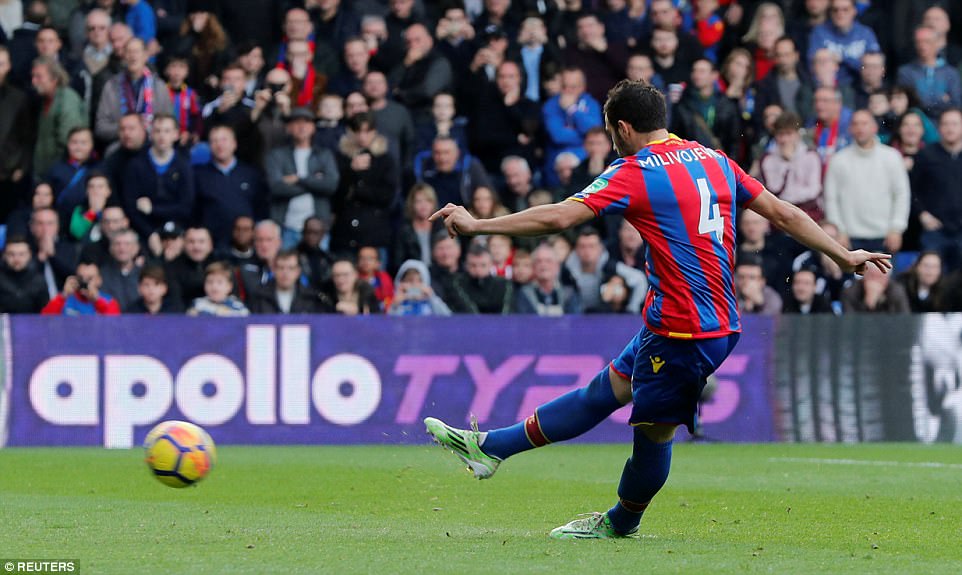 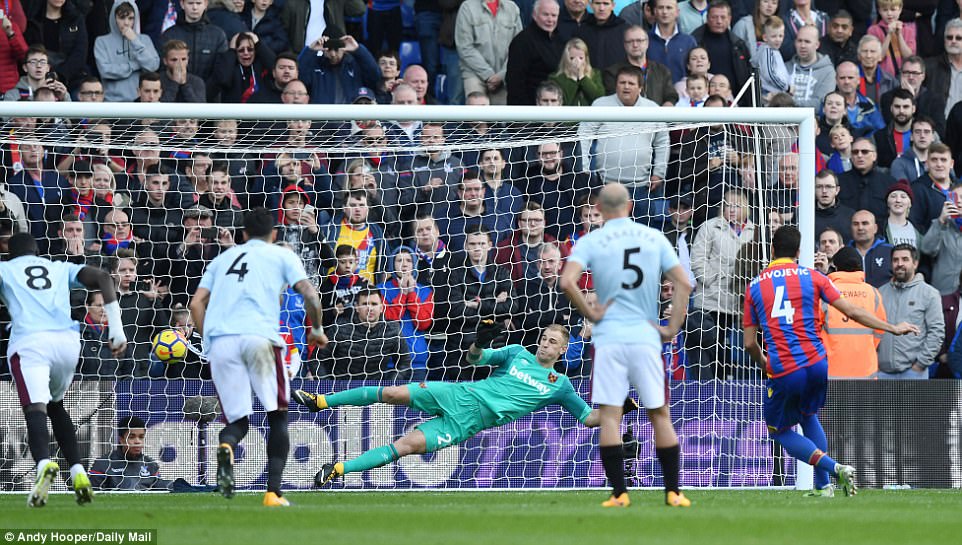 Milivojevic sent Joe Hart the wrong way as the England goalkeeper watched on helplessly, diving to his left

Hodgson will point to Luka Milivojvevic’s horrendous error in losing possession in midfield.

But that would be unfair on Ayew, who drove at Scott Dann after picking up the loose ball before firing an unstoppable strike past Speroni from the edge of the box.

Fresh from his brace against Tottenham in Carabao Cup on Wednesday, Ayew sprinted away in celebration before being mobbed by his team-mates.

You’d imagine Bilic reserved the tightest of hugs for him at half-time.

He won’t have felt the same about Angelo Ogbonna, though, after the defender gifted Palace a route back into the game just five minutes after the restart.

Quite why Ogbonna felt he had to challenge Andros Townsend deep inside his own area is anybody’s guess.

Townsend was going nowhere, yet Ogbonna still felt the need to nudge the Palace attacker.

The Italian pleaded his innocence, but he knew – so did his team-mates. Most importantly of all, so did Madley, who point to the spot.

Milivojevic stepped up to atone for his earlier costly error by sending Hart the wrong way. 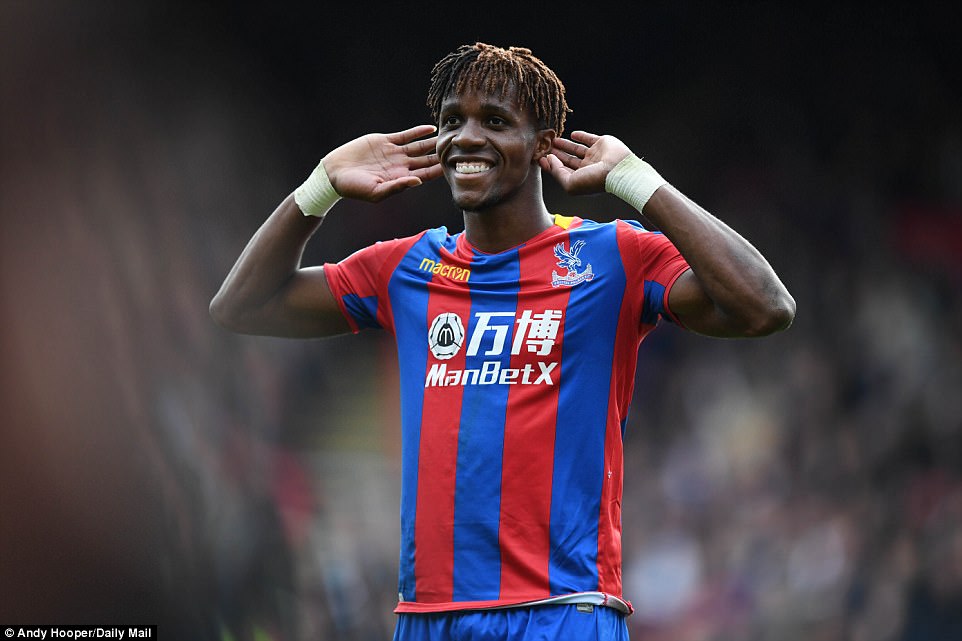 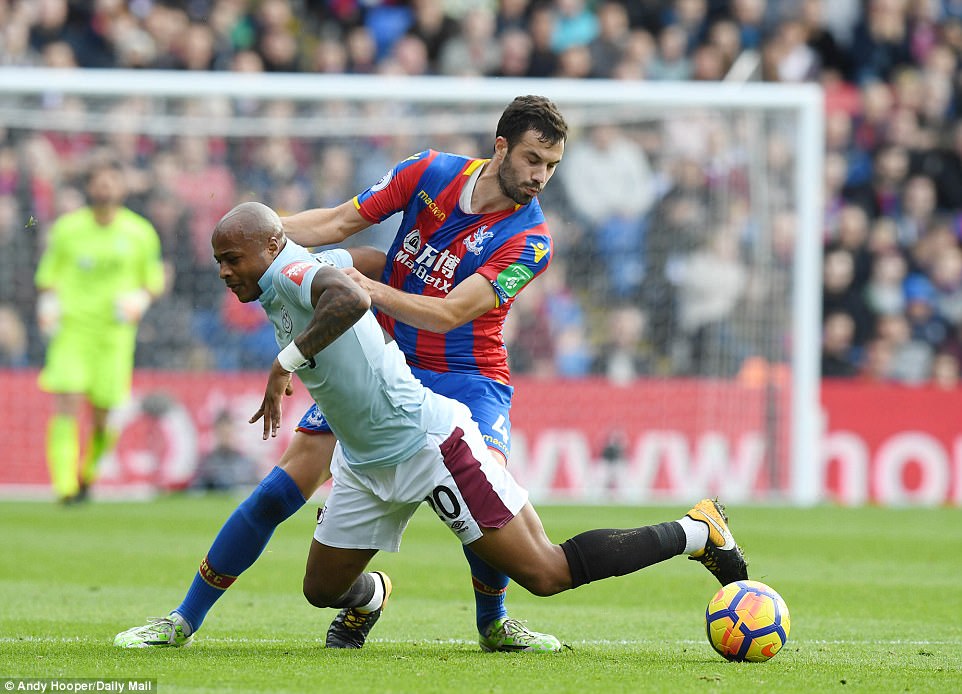 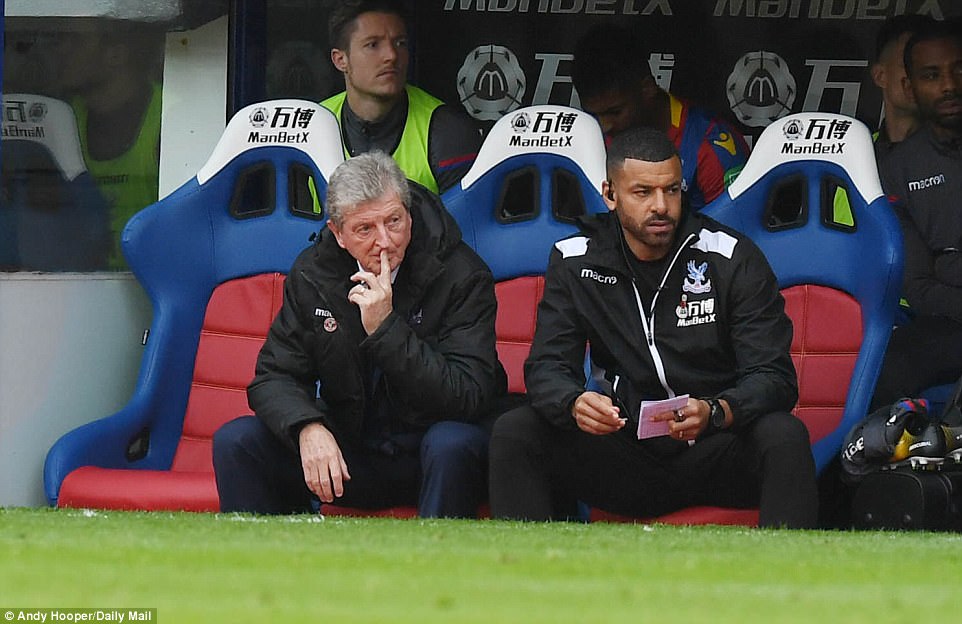 Suddenly, Selhurst Park was jumping; had Yohan Cabaye’s strike from the edge of the area snuck in instead of smashing off Hart’s post two minutes later then bedlam would have ensued.

Hodgson sensed a comeback, throwing caution to the wind in changing to a 4-4-2 bringing on Bakary Sako in place of right-back Joel Ward.

Hart twice denied Zaha as Palace turned the screw. The Hammers keeper was at his best again 10 minutes from time to deny Cabaye’s curling free kick.

But Hart could do nothing about James Tomkins’ powerful header in 90th minute, but to Palace’s dismay the defender’s effort struck the underside of the bar before Sako blazed over the bar.

The Hammers probably thought they were home an hosed.

But Zaha had other ideas, mesmerising Ogbonna and Declan Rice before firing past Hart.

Heartbreaking for Bilic. Galvanising for Hodgson. 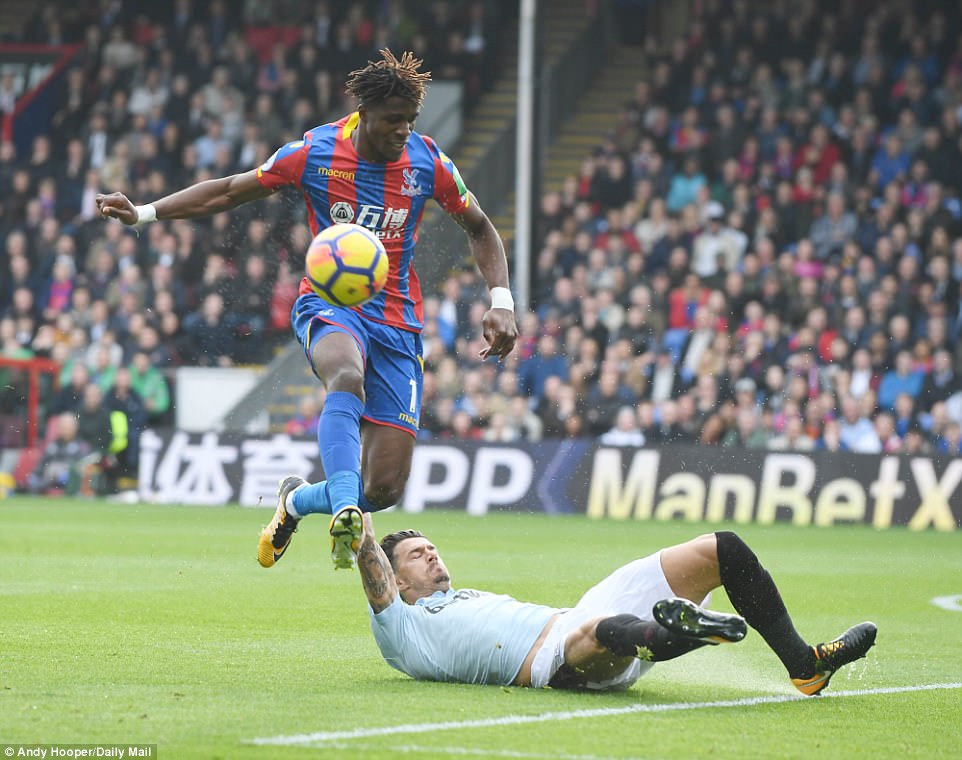 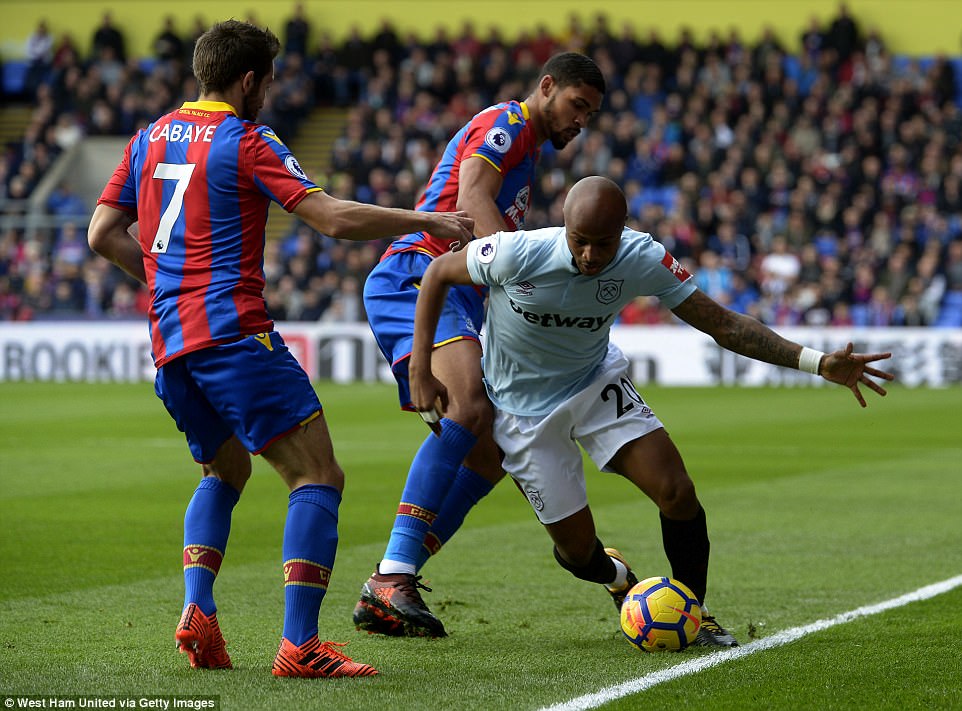 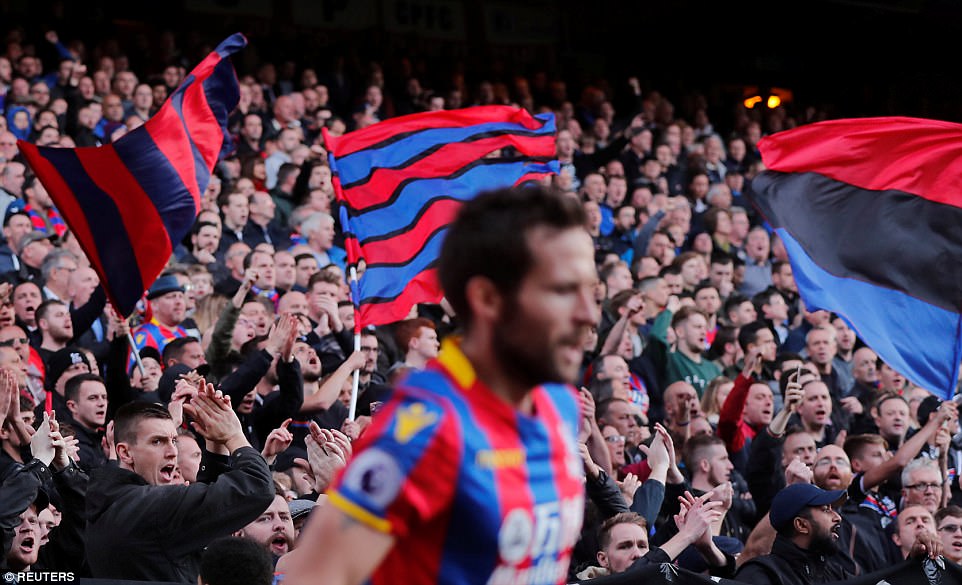