Patrick Vieira has defended Wilfried Zaha after Kalvin Phillips’ diving claim and accused Leeds of having a ‘clear plan’ to target the Crystal Palace winger.

Palace and Leeds fought out a physical goalless draw on Monday, with Zaha the most fouled player on the pitch at Selhurst Park.

England midfielder Phillips told BBC 5 Live Sport later that referee Darren England had complained to the Leeds players over their treatment of Zaha, before adding that the Ivory Coast international ‘dives a lot’.

But Palace manager Vieira, speaking ahead of his side’s Premier League trip to Southampton on Saturday, responded to Phillips’ contention by saying: ‘It’s quite a strange comment I would say.

‘You can watch the game again. Some of them were quite lucky not to get a yellow card because I think their plan was clear, it was to target Wilfried.

‘Wilfried remained calm and concentrated on his game and he had a really good game. 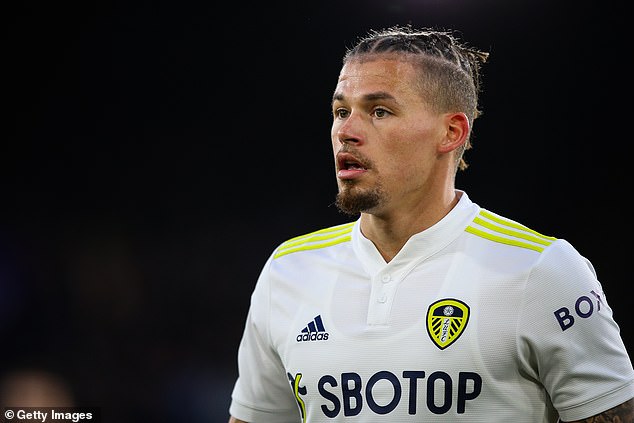 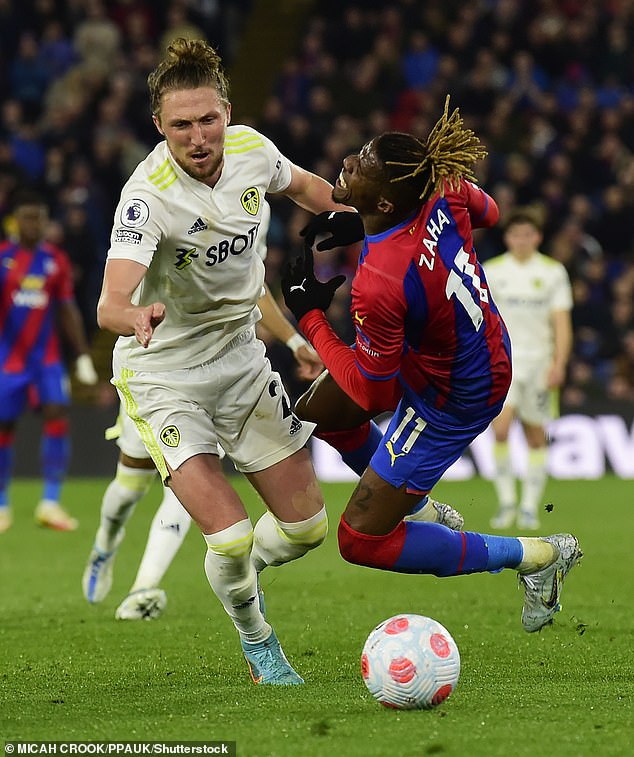 ‘When you have those qualities you have to look at the other side’s players who try to stop you and you have to accept it.

‘I think Wilfried showed a lot of maturity during that game. He was really close to scoring that goal and overall I think he had a really good performance.’

Having lost successive away games at Leicester and Newcastle, Palace have taken only one point from their last nine on offer to slip to 14th in the Premier League standings.

It has left them four points adrift of 10th-placed Leicester with five games remaining, but Vieira insists he is not focusing on a top-half finish after a season of much promise. 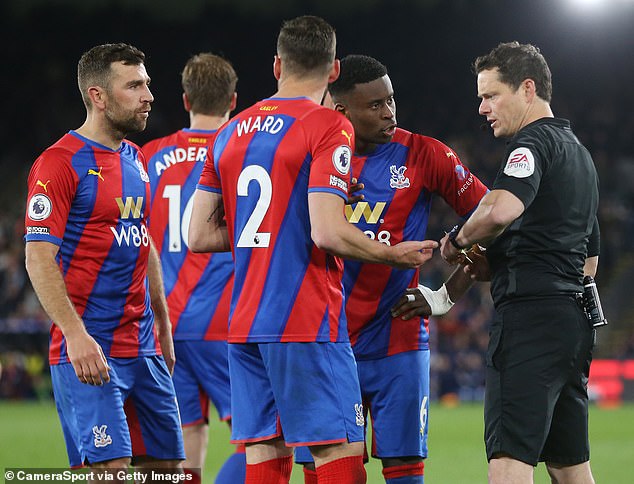 ‘We always concentrate about the process of winning football matches and try to play as the best as we can.

‘Of course there’s those games remaining and we have to finish in the best way, meaning performing well and trying to perform at our best.

‘The way we perform, the results will be decided by that.’ 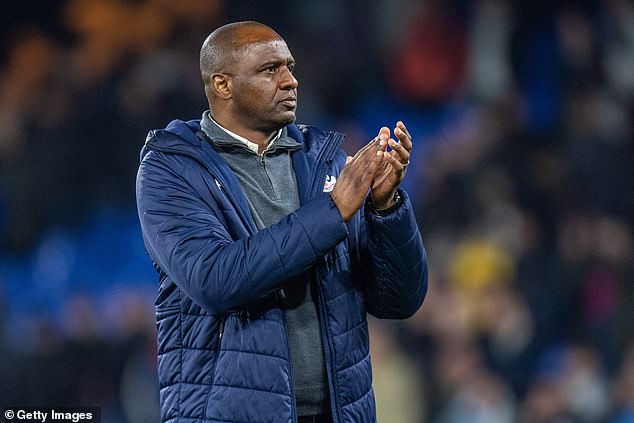 Vieira attended Palace’s latest Sporting Dinner on Wednesday when he spoke about south London and his pride at being a part of the club.

Asked to elaborate on those comments, Vieira said: ‘I feel like I’m at home.

‘I’ve enjoyed every single day so far, am surrounded by people who support me and support the players to improve ourselves and working with the people around has been really good.

‘Hopefully it will be like that for a long time.’