Crystal Palace have not followed up Wilfried Zaha’s comments about referees failing to protect him with the Premier League or Mike Riley.

Zaha was scathing in his criticism of officials following Palace’s 1-0 win over Huddersfield last weekend.

The winger said he would need to break a bone before a red card was shown after Huddersfield’s Mathias Jorgensen was only shown a yellow for a late challenge on him. 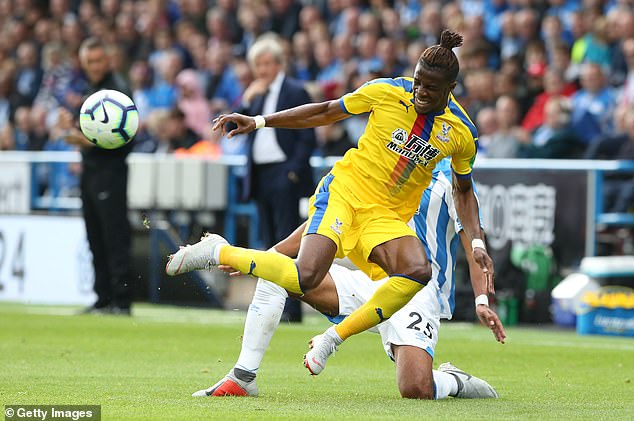 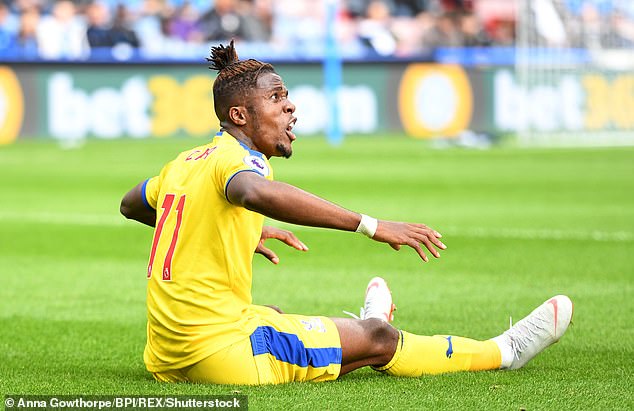 Palace boss Roy Hodgson said: ‘No, I haven’t spoken to Mike Riley [manager director of referees’ body PGMOL]. That was probably a reference to the fact that after every game we are asked to send a report, but there has been no specific contact with the Premier League or Mike Riley.

‘We are talking about an interview that somebody gave and has sparked a debate, and maybe we should have that debate. We have moved on and a lot of good things have been done.

‘The referee standard is better today and as far as I am concerned, that is a situation that has passed.’

Zaha, along with Chelsea’s Eden Hazard, is the most fouled player in the top flight this year.

The way he is targeted by opponents isn’t something that concerns Hodgson, who understands his star player on the receiving end of bad tackles more than most. 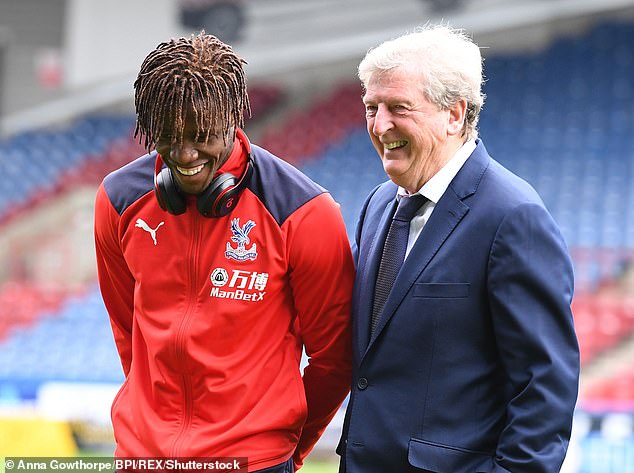 Hodgson added: ‘Almost every team has one, who would prefer to be fouled less. When you are a good player there is tighter marking and there are fouls. And we have to rely on the fact that the referees will take appropriate action.’

Palace take on Newcastle at Selhurst Park in the league on Saturday afternoon. They are yet to win at home this season and Hodgson wants that to change.

‘We played Liverpool and did well enough to get something,’ Hodgson said. ‘Southampton we didn’t play well, but even then had opportunities to equalise.

‘We made up for that by winning two away games, they were six valuable points, and now we have to try and get points at home.’