The Eagles could set a new record for the longest start to a season without a goal in top-flight history at high-flying Manchester City on Saturday. 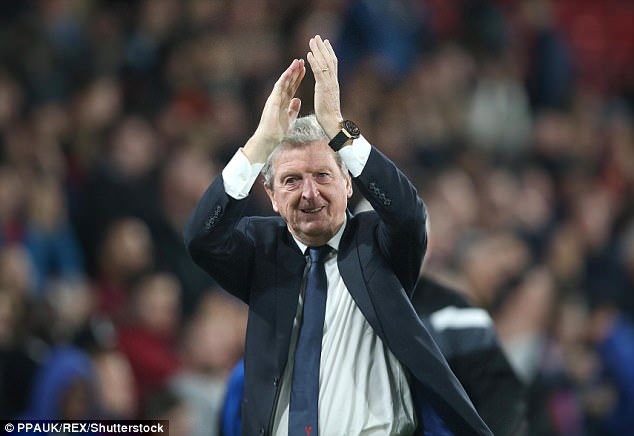 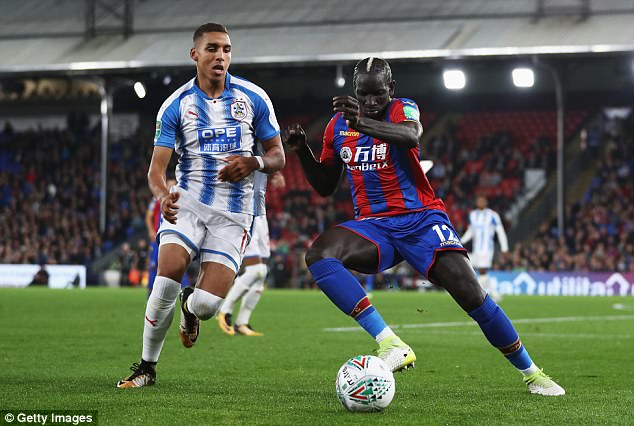 ‘I heard so many good things about him, and had seen him play for Liverpool and Palace last year, but I can understand why he’s made himself a bit of a favourite with the fans,’ said Hodgson.

‘The centre of defence has been reasonably strong, but he does strengthen that area of our team. We hope, with his quality and his leadership qualities, he helps us move away from the relegation zone. He is match fit. He will start.’

Palace remain goalless and pointless after their five opening league clashes, but at least managed to claim a Carabao Cup victory over Huddersfield on Tuesday night.

Hodgson hopes the Eagles’ first win of his tenure can now prove the catalyst to better times in the league, as the south Londoners seek to move past Frank de Boer’s short-lived and fruitless time at the helm.

Palace now face City, Manchester United, Chelsea and Newcastle in a daunting Premier League run – but Hodgson insisted he will not set a points target for that challenging schedule. 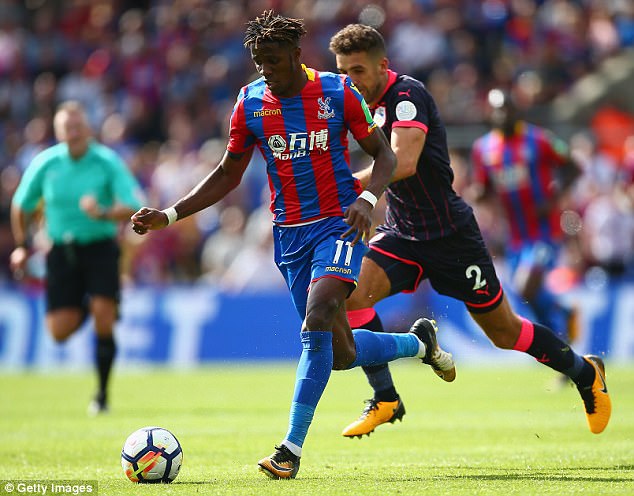 ‘Set yourself a points target? That would be setting us up to fail,’ said Hodgson. ‘We all know how good those top teams are. It will be a tough ask.

‘The pressure is never off. That would be foolish. We need points. We need performances. The players are playing for places in the team, to impress me and my coaching staff.

‘We should be embracing the challenge but, realistically, we know they have a better chance on paper than we do. But the game isn’t played on paper.’

Hodgson confirmed Wilfried Zaha remains on course to be fit to face Chelsea on October 14, as he continues his recovery from knee trouble.

‘He’s coming on very well I believe,’ said Hodgson.’It would be nice for him to be back for Chelsea, but he’ll have to be in agreement with the doctors and feel he is ready.’