Two Cuban performers have run away from the circus after their troupe was stranded in an English seaside town during the coronavirus lockdown.

Jhanys Corrales and Sandy Triana, both from Cuba, work at the Big Kids Circus which became stranded in Morecambe, Lancashire, after travel was banned.

But on Monday, the pair vanished overnight without telling anyone that they were leaving or where they were going.

After the pair failed to return to camp, the circus reported their disappearance to police yesterday.

Jhanys Corrales and Sandy Triana, above, both from Cuba, vanished overnight on Monday without telling anyone that they were leaving or where they were going

Now cops have launched an urgent plea for information about their whereabouts as concerns grow for their safety.

A spokesman for Lancashire Police said: ‘We are becoming concerned for the welfare of Jhanys Corrales and Sandy Triana.

‘They were last seen at the circus and it is believed they left overnight on Monday night.

‘We want to know they are safe and well as they have not told anyone at the circus that they were leaving or where they were going.

The 35-strong circus group, including 25 artists from the Cirque de Cuba, had been unable to work or claim benefits whilst stranded in Morecambe during lockdown. 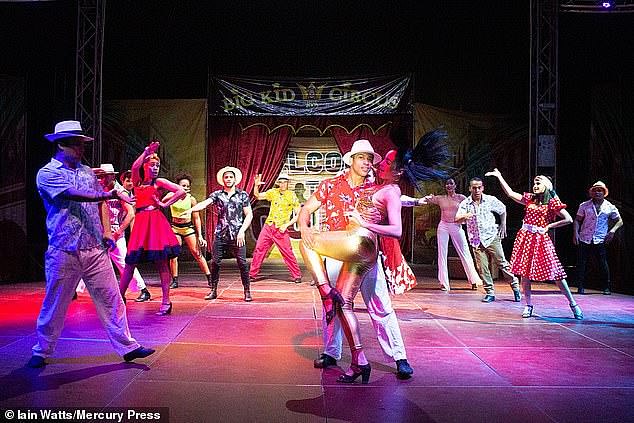 The 35-strong circus group, including 25 artists from the Cirque de Cuba, had been unable to work or claim benefits whilst stranded in Morecambe during lockdown

The troupe, which included 25 performers from Cuba, were due to put on their first Cirque de Cuba show on March 16, but were informed it had to be cancelled just two days before.

Before lockdown hit, the troupe were planning to travel to the North East and Scotland with their Cirque de Cuba show, which goes across the UK and was due to finish at the end of October.

The artists are not eligible for any government support as they are not EU or UK citizens.

The circus usually travels across the UK and south east Asia, but was left stranded in March after restrictions meant they were unable to perform or travel.

Locals have supported the performers by donating food parcels and clothes with the circus members returning the favour by volunteering at Morecambe Food Bank. 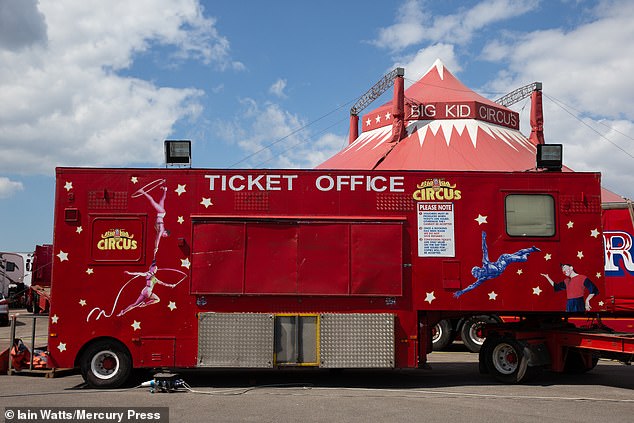 The acrobats raised hundreds of pounds to make up for lost ticket sales by putting their big top performances online instead. Locals also supported performers by donating food and clothes 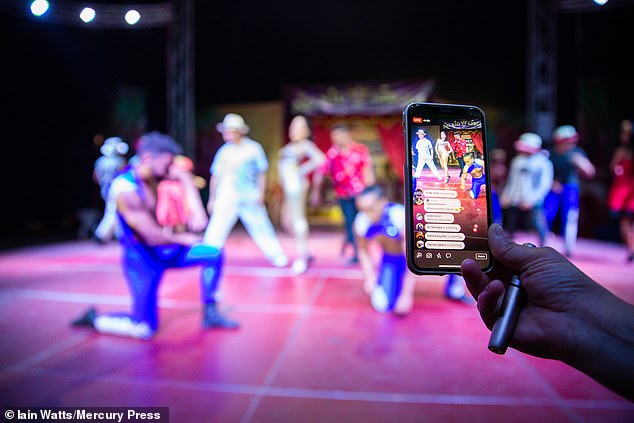 The circus, which usually travels across the UK and south east Asia but was left stranded in March following Covid-19 restrictions, also performed on Facebook Live (above)

They have also been helped in Morecambe by Lancaster City Council, who have also provided them with electricity, running water and rubbish collections.

Circus manager Julia Kirkilova, 23, previously said: ‘When lockdown hit, we were literally stranded and have been stuck here in Morecambe ever since.

‘We don’t have a farm we can go back to, like lots of travelling circuses. The council have been amazing and have given us electricity and water, and haven’t charged us for rent yet.

‘We’ve had four or five people a day bringing us food, clothes and toys for the kids, but it has been hard still.

‘We had cancelled many shows beforehand because of storms so we hadn’t performed for a long time and we’ve been having to pay the performers’ wages out of our savings.

‘Since we’ve got so much free time, we thought recording the shows and putting them online was a good way to fill the time and raise a bit of money.’