A ‘cult’ of wellness Instagrammers who post streams of healthy food images are fuelling orthorexia, experts have warned.

The rapid spread of information on social media from unqualified ‘Insta-stars’ is promoting a ‘dangerous way of eating’, it is feared.

Orthorexia is an illness characterised by a person becoming obsessed with ‘clean eating’, but is not clinically recognised yet.

A person may begin by eating healthier, but restrict what they eat to only ‘pure’ foods so much they become socially isolated and miss vital nutrients. 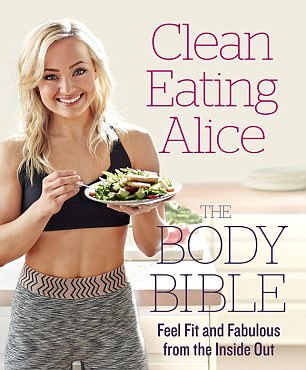 A ‘cult’ of wellness Instagrammers who post streams of healthy food images are fueling orthorexia, experts have warned. A 2017 study by University College London found the prevalence of ON is much higher among social media users. Pictured, bloggers Deliciously Ella (left) and Alice Liveing (right)

Orthorexia was first coined two decades ago in 1997, but is still not clinically recognised because there are no clear symptoms.

She told The Times: ‘It is not always linked to weight or body image.

‘It’s more a psychological compulsion and an inability to deviate. They just physically can’t eat something like a pizza or cake.

‘More and more, I’m seeing people come forward realising they have a problem. Typically these people follow unqualified Insta-stars, who in actual fact are promoting a very dangerous way of eating. It’s almost like a cult.’

Dr Cristina Hanganu-Bresch is an associate professor of writing and rhetoric at the University of the Sciences, Philadelphia.

She believes the combination of a ‘wellness trend’ and the speed and reach of social media has led to the rise of orthorexia.

Orthorexia was defined in 1997 by Dr Steven Bratman.

It is not currently recognised in a clinical setting as an eating disorder.

If someone visited the doctor with the symptoms, they would not be officially diagnosed with ‘orthorexia’, although the term may be brought up when discussing their illness.

Orthorexia refers to an unhealthy obsession with eating ‘pure’ food, according to eating disorder charity Beat.

The obsession with eating healthy or clean is often used to cope with negative thoughts and feelings, or to feel in control, like other eating disorders.

Someone using food in this way might feel extremely anxious or guilty if they eat food they feel is unhealthy.

It can also cause physical problems, because someone’s beliefs about what is healthy may lead to them cutting out essential nutrients or whole food groups, leading to malnutrition.

Orthorexia bears some similarities to OCD and anorexia.

Eating Disorder Hope list the common behaviours to be aware of:

She said: ‘People who get the condition often have an underlying personality type such as obsessive compulsive disorder that makes them a fertile breeding ground.

‘Seeing images on social media of tanned, glowing people looking happy, who claim that they got there through so-called “healthy” eating, then makes these more susceptible people buy into that lifestyle too.’

Dr Hanganu-Bresch recently published a report outlining how orthorexia is ‘a digitally transmitted condition’ that is ‘vying’ to be recognised as a mental health disorder.

ON may fall under the umbrella term ‘cyberpathy’ in which information is spread through popular social media accounts, Dr Hanganu-Bresch said.

She noted ON attracts ‘digital donkeys’ who are searching for inspirational health advice.

‘Orthorexia nervosa and its many proposed avatars (among which are healthy anorexia, organorexia and nutrichondria) could be subsumed under the umbrella of cyberpathies, spread through the “viral” content of popular blogs and Twitter, Facebook and Instagram accounts,’ ‘ Dr Hanganu-Bresch said.

‘Memes, pictures of “healthy” and colourful meals and tan, muscular bodies in yoga, enthusiastic product endorsements and nutrition tips and animal sages are multiplying in unknown numbers, evangelizing the population in the Gospel of health.

‘The confessed orthorexic sufferers have social media accounts filled with thin and glowingly fit bodies, and they sometimes admit that an implicit goal is an ideal (low) body weight.’

A 2017 study by University College London found the prevalence of ON is much higher among social media users – 49 per cent Instagram users surveyed were found to have ON symptoms. 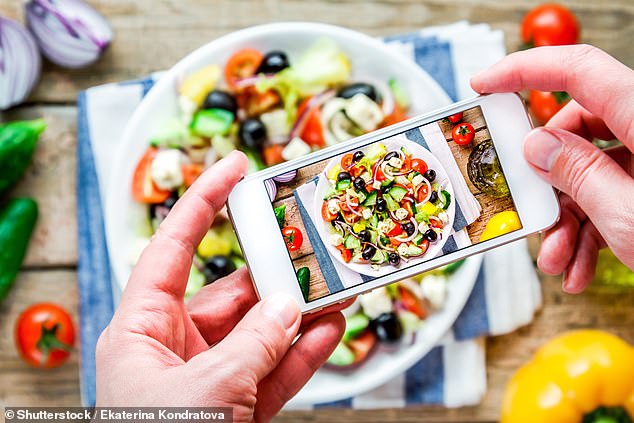 Orthorexia is ‘a digitally transmitted condition’ that is vying to be recognised as a mental health disorder, a doctor has warned

Writing in the journal The National Library of Medicine, the researchers said Instagram is by far the medium most likely to have that effect compared with other social media platforms such as Twitter because it is ‘the platform of choice for the healthy eating community’.

Daniella Isaacs, an actress in her twenties, has spoken openly about her battle with orthorexia.

She said: ‘I was supported by a whole community. Bloggers such as Deliciously Ella, Honestly Healthy, Clean Eating Alice — they were all there to inspire me. The weight dropped off. It became my religion.’

Orthorexia nervosa (ON) is loosely defined as an obsession with eating only ‘pure’, natural or organic foods. Some define it as ‘when healthy eating goes too far’.

There is an overlap with ON and both obsessive compulsive disorder and anorexia, sharing traits of rituals and intrusive thoughts for the former and perfectionism and guilt over food for the latter.

Dr Hanganu-Bresch said: ‘Orthorexia is a putative new eating disorder vying for a place in the DSM.’

DSM is the Diagnostic and Statistical Manual of Mental Disorders, an influential guidebook used by doctors all over the world.

Dr Hanganu-Bresch wrote: ‘Orthorexia seems real enough, even though it may be culturally bound and may have an upcoming expiration date.’

ON is normally seen among ‘well-off’ people because it often relies being able to afford cleanses, organic juices and a gym membership, Dr Hanganu-Bresch said.

Holistic physician Steve Bratman was the first to describe ON, writing in a 1997 yoga journal.

He described his own obsession with eating clean and pure and said: ‘Most (orthorexicists) have to resort to iron self-discipline, reinforced by a great sense of superiority over those who eat unhealthy foods.’

Mr Bratman later wrote, 20 years later, that when he coined the term ‘orthorexic nervousness,’ he had no intention of suggesting a new eating disorder.

Much of the research into the condition is anecdotal and there is no clear way of diagnosing it.

Eating disorders charity Beat says ON is not medically recognised because it doesn’t have it’s own specific treatment pathway.

Clinicians have not identified a distinct way to treat it the way they have anorexia, bulimia, or binge eating disorder, for instance.

‘We still don’t know what that is,’ said clinical psychologist Dr Jennifer Mills, an associate professor at York University and co-author of a paper on ON in the September issue of the journal Appetite.