A sociology professor has claimed that ‘white nuclear families’ with children are a form of white supremacy.

Jessie Daniels, a self-proclaimed ‘internationally recognized expert on Internet manifestations of racism’ at the City University of New York, made the controversial claim Wednesday on Twitter.

‘Part of what I’ve learned is that the white nuclear family is one of the most powerful forces supporting white supremacy,’ she opined in a tweet which has since been deleted.

Daniels went on to argue that ‘forming a white family’ and having ‘white children that “you want what’s best for”‘ perpetuates racism and is ‘part of the problem’.

Jessie Daniels, a self-proclaimed ‘internationally recognized expert on Internet manifestations of racism’ at the City University of New York, says having white children is white supremacy 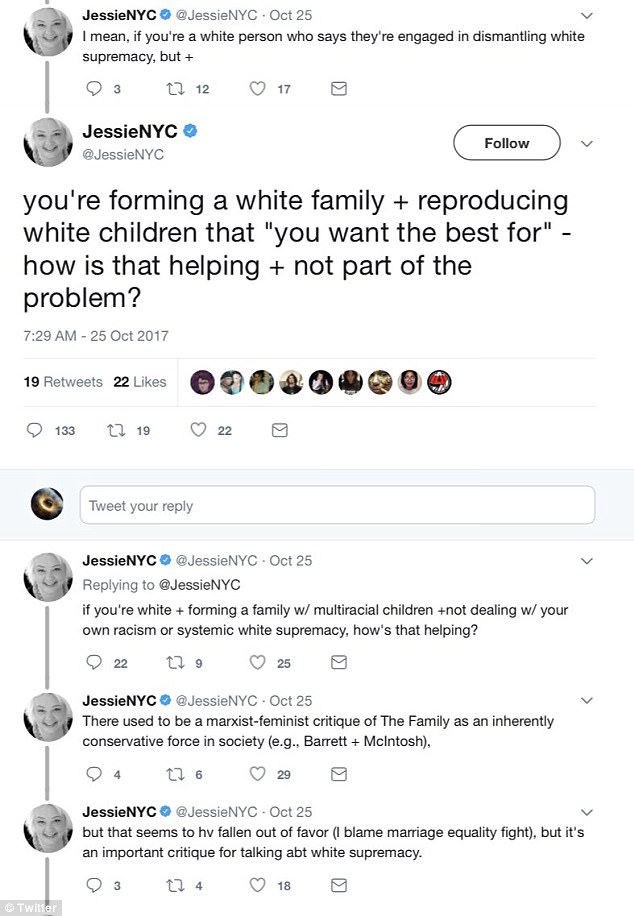 The professor did not let multiracial families off of the hook either, writing that any white person who has multiracial children without confronting ‘your own racism or systemic white supremacy’ is not helping.

Daniels spoke favorably of a ‘feminist critique of The Family as an inherently conservative force in society’, lamenting however that it seemed to have fallen out of favor in academic circles due to the push for gay marriage.

The molder of young minds then called on all white families to give away their family wealth and homes when they die.

‘White people: do you own your home?’ she asked. ‘When you die, where’s wealth in that house going? If it’s to your children, you’re reproducing [inequality].’

The tweetstorm blasting white families, which was first reported by Campus Reform, drew considerable criticism, and Daniels has since locked her account to private.

Daniels did not immediately respond to a request for comment from DailyMail.com. 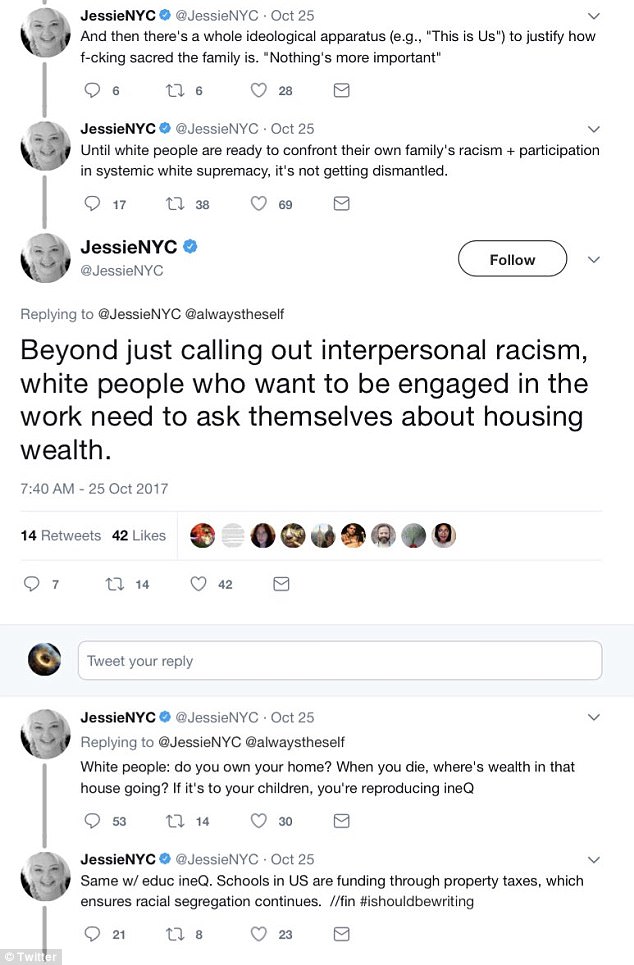