Cuomo slams people for going out without masks

Cuomo on Monday fumed at people for not wearing masks

Gov. Andrew Cuomo on Monday refused again to give an end date to New York City’s lockdown despite the number of new hospitalizations lowering to 230 – less than half what they were the day the city shut down.

Cuomo’s requirements are that the city have 30% of its hospital and ICU beds free and that there are enough contact tracers – 2,250.

De Blasio last week announced another threshold – having fewer than 375 people in ICU beds at one time. As of Monday morning, the number as 427.

Cuomo said on Monday that only the state’s requirements will be used.

‘There’s only one set of numbers. We have state wide criteria. They are the same all across the state. We know where we are.

‘All the experts – they were all wrong. So I’m out of the guessing business. We watch the numbers and prepare as the numbers drop. 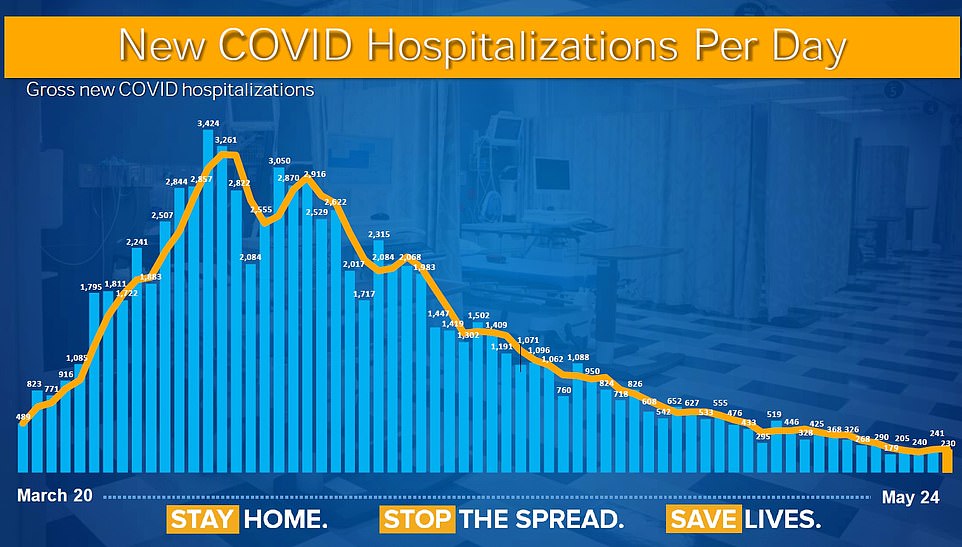 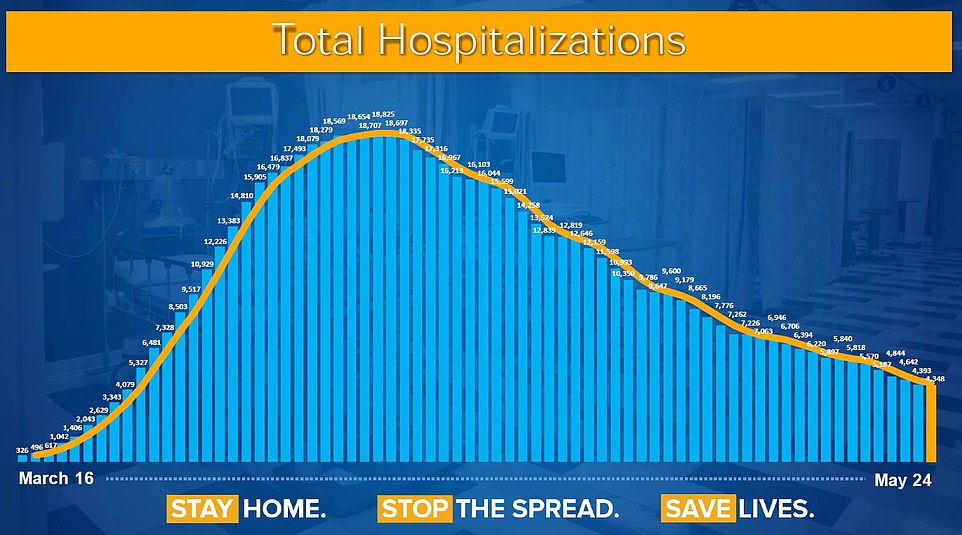 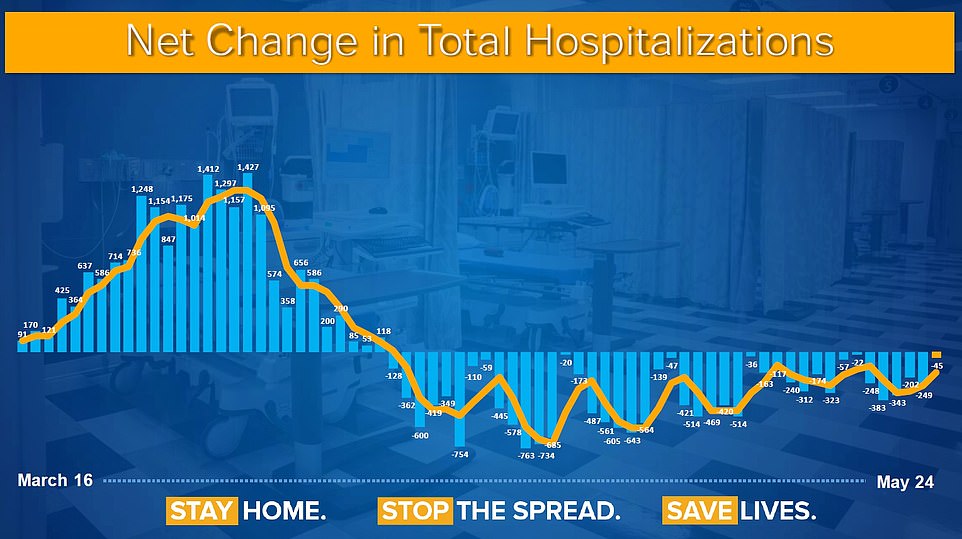 Thousands across the country were seen packing into pools, bars and beaches to enjoy the long weekend without wearing any protective equipment. Not every state is enforcing mask-wearing like New York but social distancing is being advised across the country. 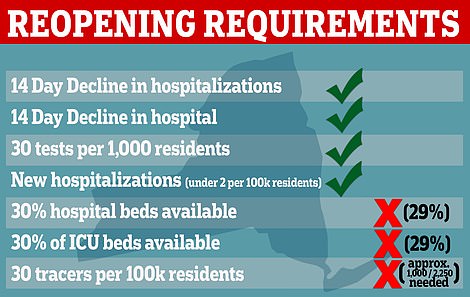 New York City is 1 percent off its target ICU and hospital bed capacity and it still needs more tracers but the city won’t specify exactly how many have been hired, just that the number is more than 1,000

In New York, every region of the state apart from New York City is gradually reopening but bars and restaurants are still not meant to be open for dine-in service.

Despite the rule, crowds packed into a Long Island bar on Friday. The bar’s owners have since said people were sheltering from the rain.

On Sunday, there were 96 deaths across the whole state of New York.

Cuomo said on Monday of anyone who does not wear a mask: ‘It’s not smart.

‘Be smart. I’ll talk about the masks until I’m blue in the face.It’s inconceivable to me that the front line workers have a lower infection rate than the general population.

‘My colleague said yesterday it was stupid. That’s another way of saying not smart.

‘The number goes down until you go out and don’t do the mask and then the number will go up. 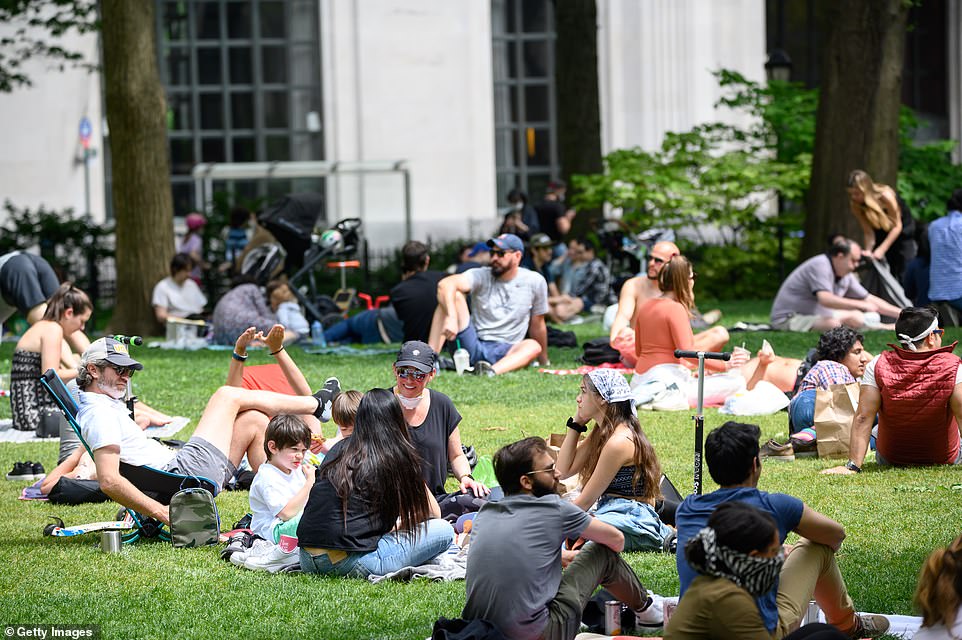 People in Madison Square Park on Sunday. Many weren’t wearing masks but tried to stay 6ft apart from other small groups 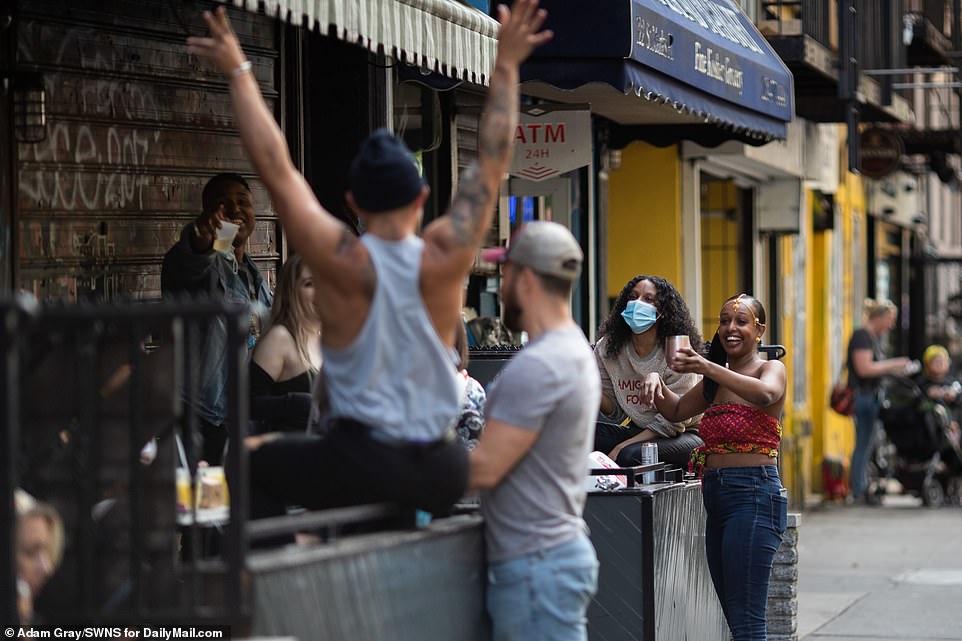 Bars around Manhattan and Brookoyn have begun reopening on a take-out basis which has spawned a street drinking culture. Pictured, people in the East Village on May 24 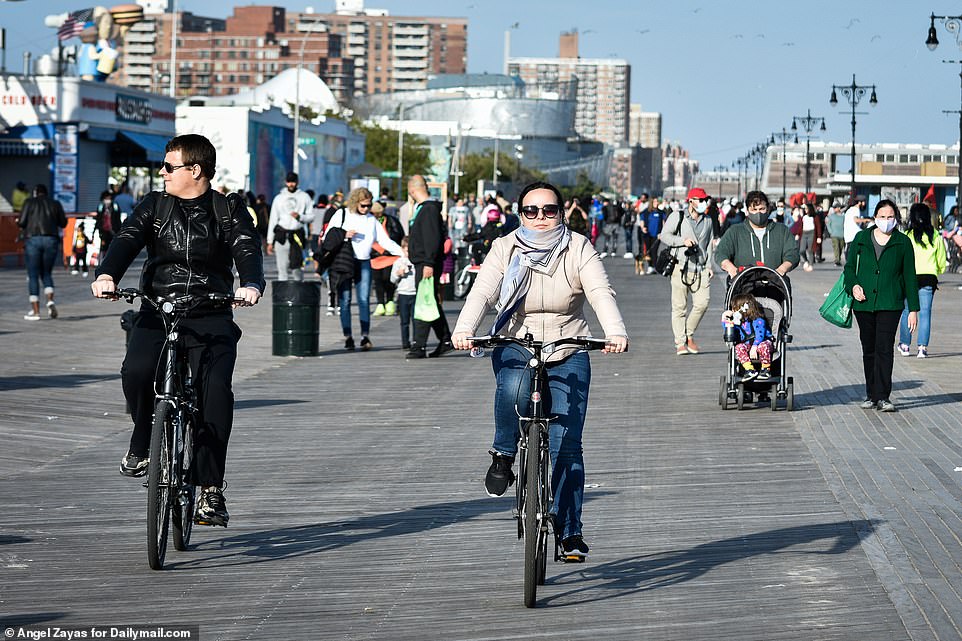 ‘And if they’re not smart, the number will go up and then we’ll have to slow down the reopening which is what you’re seeing all across the country.

‘They haven’t even looked at the history on this… Sometimes you pick up a little hint. We had the 1918 pandemic.

‘You look at the places that didn’t close… it defies common sense.’

He refused to give a timeline for New York City reopening but said it was his standards and his alone that would get the city there, not Mayor Bill de Blasio.

There is growing impatience in New York City for businesses to reopen. Landlords are struggling to collect rent payments from retail and office tenants and millions are out of work.

Scores of people took to the streets over the weekend for take-out cocktails which they enjoyed in parks and city streets.

The NYPD is not enforcing open carry laws for the duration of the pandemic. 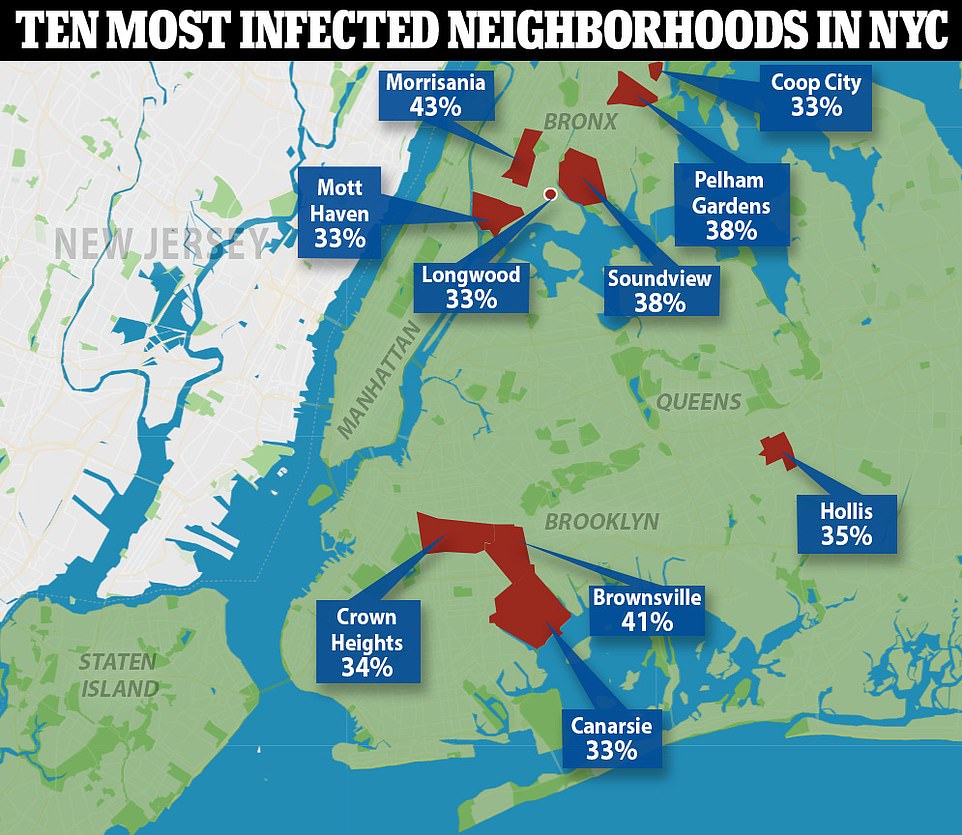