Sam Curran was the match-winner as he steered Oval Invincibles to a thrilling three-wicket victory over Northern Superchargers in the afternoon sunshine at a raucous Kia Oval.

Curran scored a scintillating 60 to see Invincibles home with three balls remaining, having been dropped on 46 by Adam Lyth in a moment that proved match-defining.

Lyth himself had earlier been dropped on one, before registering the fastest fifty in the history of The Hundred, off just 17 balls. Exceptional bowling from the frugal Sunil Narine (three for 11) restricted Superchargers to 157 for seven. 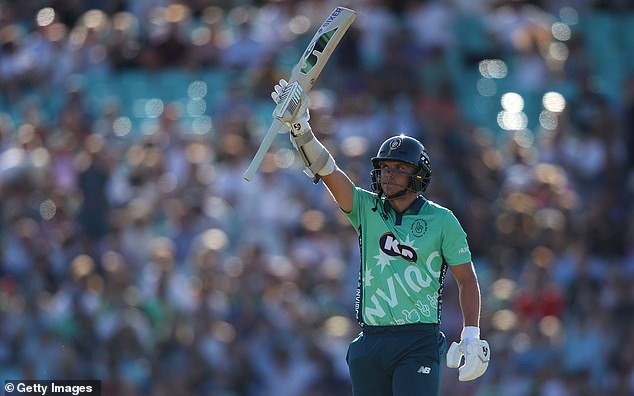 It was a score that, thanks to Sam Curran’s pyrotechnics, was not enough. Jordan Cox (48 off 29) played an exceptional supporting role before Tom Curran (18 off seven) secured the victory for the home side in another breathless encounter in south London.

Lyth and Faf du Plessis had earlier opened for Superchargers, and the pressure was on with both batters having failed to score in their last outing.

Superchargers got off to a flyer, although lucky Lyth was handed a lifeline when he was dropped. Invincibles paid the price as Lyth followed the drop with four consecutive sixes off Reece Topley, in a set that went for 25.

Du Plessis was dismissed by Sam Curran for nine to disrupt the Superchargers, but not before they had amassed a mighty 47 runs from the powerplay.

Lyth continued to decimate the Invincibles’ bowling attack and eventually reached his electrifying 50 off 17 balls. 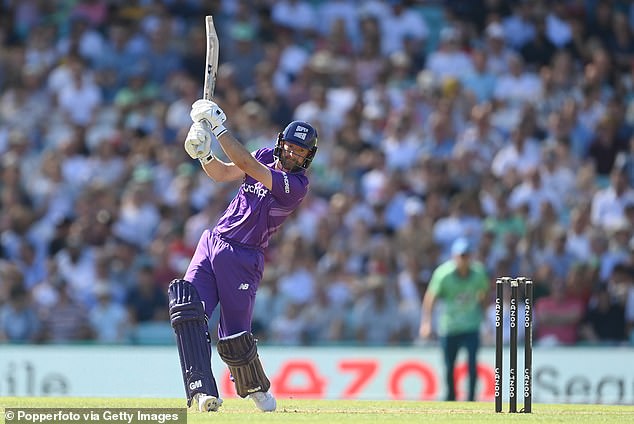 Adam Lyth had earlier hit 50 off just 17 balls, the fastest half-century in The Hundred’s history

A few further ferocious hits from Lyth took him to 79 before he was caught on the boundary off the bowling of Matthew Milnes.

Superchargers rode their luck with both Narine and Rilee Rossouw dropping straightforward catches, before the former made amends by dismissing Adam Hose and David Wiese in consecutive balls.

Narine’s heroics kickstarted a remarkable recovery from Invincibles who limited Superchargers to a much lower figure than looked likely at one stage.

Invincibles’ reply got off to the worst possible start though when captain Jason Roy’s miserable run of form rumbled on – he was dismissed without scoring by Ben Raine, who also took the wicket of Narine in the same set. 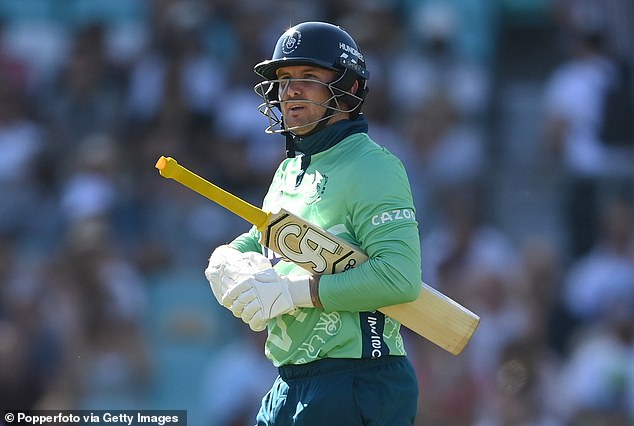 Cox entered the pitch at five for two and the 21-year-old batted maturely, hitting a series of stunning boundaries as he steered Invincibles to a competitive 65 at the halfway stage of their innings.

Cox and Sam Curran built some momentum for the home side, and the pair put on 67 together. The partnership finally came to an end when the impressive Cox was run out for 48 after some electric fielding from Du Plessis.

Sam Curran kept the momentum going though and produced some fireworks to delight the home fans, hitting a series of enormous sixes into the stands. He was then dropped on 44 by Lyth in a moment that ultimately defined the match.

The imperious Sam Curran eventually perished for 60 before brother Tom got the home side over the line to put Invincibles level on points with London Spirit at the top of the table.