As he worked tirelessly liaising with military planners, councils and medical personnel over the nightmarish logistics for the delivery of hundreds of thousands of food boxes to our most vulnerable, there emerged one controversy that Communities Secretary Robert Jenrick had not anticipated.

It did not concern who was or was not entitled to a food box. Or where each box should be left to best protect the self-­isolating in the pandemic. Or how to accommodate those with allergies. Or even how much loo roll each should contain.

No, no, no. The most contentious ­decision turned out to be Jenrick’s choice of biscuit — the Custard Cream! 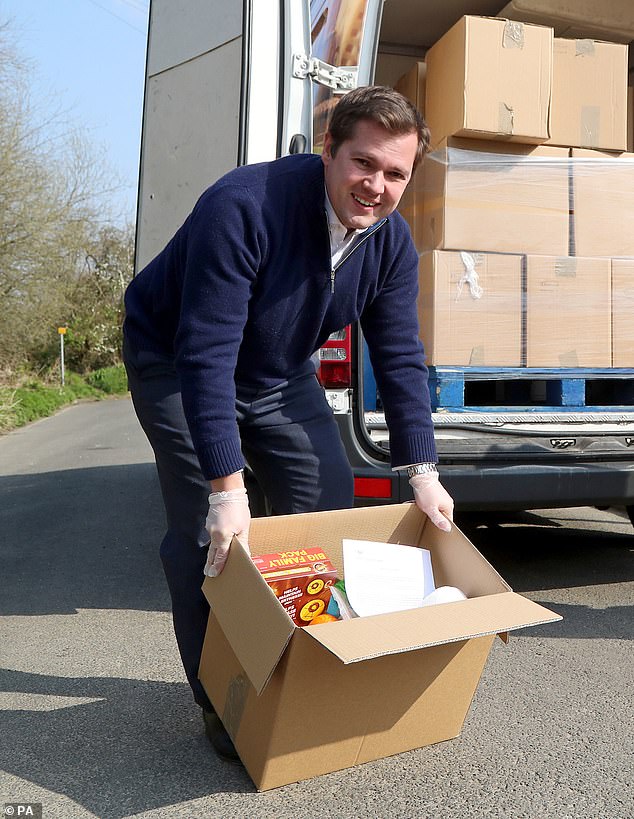 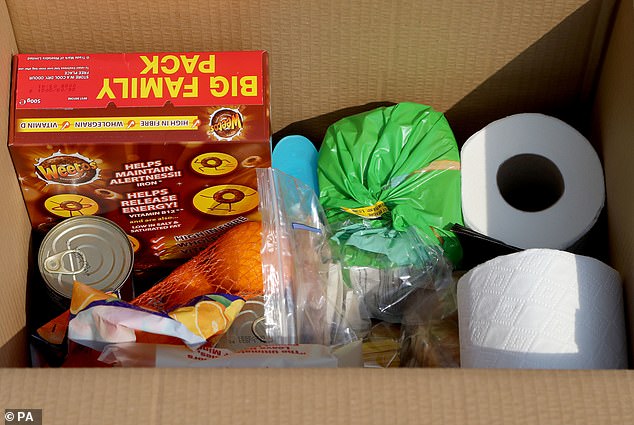 Perhaps, with its double layer of crisp, crunchy biscuit, creamy middle and fancy Baroque-style moulding, complete with swirling letters and Victorian-inspired fern design, he thought it seemed a bit more special than a Rich Tea, Digestive, Jaffa Cake (arguably, not really a biscuit) or even a chocolate Bourbon.

Maybe he thought that a packet or two might perk up those otherwise rather ­prosaic-sounding food boxes full of beans, cans of soup, teabags, cornflakes, fresh fruit, pasta and potatoes.

As Mr Jenrick, MP for Newark, put it: ‘I have always been partial to a biscuit, ­particularly when I am in the house on my own, raiding the cupboards. So we had a big debate about what people might like, and there was a strong view that we should have some good biscuits — and Custard Creams were certainly high up there.’ 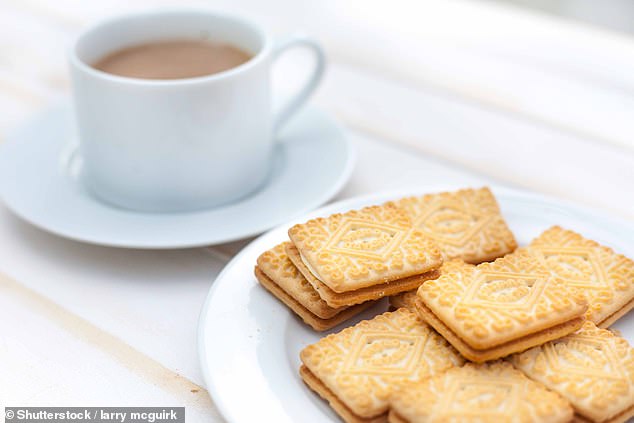 The most contentious ­decision turned out to be Jenrick’s choice of biscuit — the Custard Cream!

Which is all very well, but we Brits feel very strongly about our biscuits. Who can forget the 2009 furore when, fearful he would give away something too personal, then-Prime Minister Gordon Brown refused not once but 12 times to reveal his favourite biscuit during an interview with online forum Mumsnet, which always asks politicians this searching question.

(For the record, Boris likes Chocolate Digestives, David Cameron favours ­oatcakes, Ed Miliband is a Jaffa Cake man, Nick Clegg likes Rich Tea if dunked and Hobnobs if not and, naturally, Jeremy ­Corbyn never eats biscuits because of all that nasty sugar.)

Obviously social media has gone into a frenzy of debate. Some, happily, considered ­Mr Jenrick’s an inspired choice — ‘nostalgic, for these tricky times’. Another hailed it a ‘good honest British biscuit’ and eulogised about the ‘luxurious creamy centre’ and ‘crisp crumbliness’. 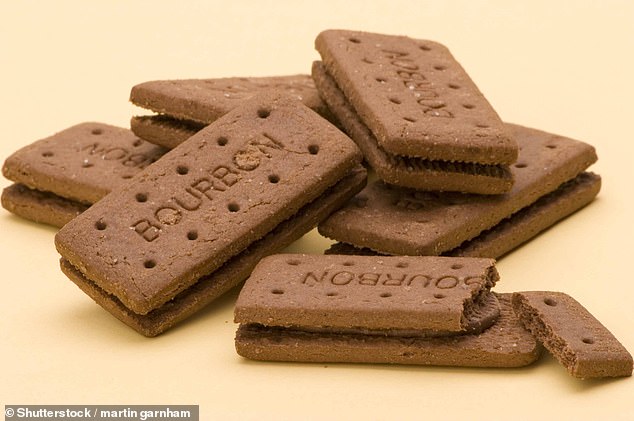 He thought it seemed a bit more special than a Rich Tea, Digestive, Jaffa Cake (arguably, not really a biscuit) or even a chocolate Bourbon (pictured) 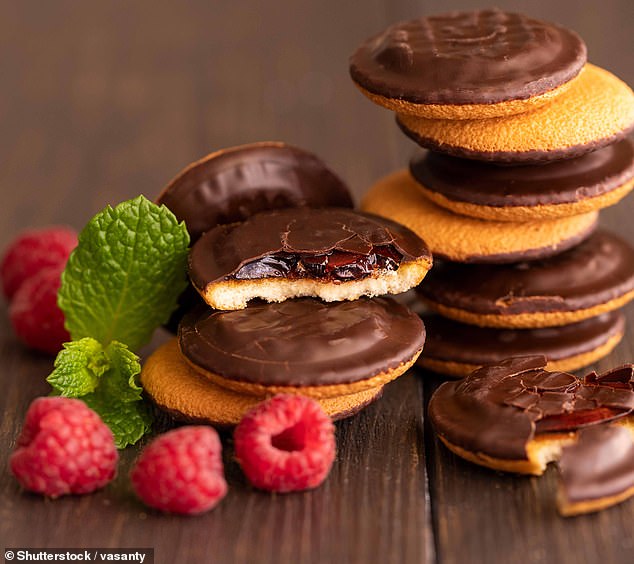 Ed Miliband is a Jaffa Cake man, according to online forum Mumsnet 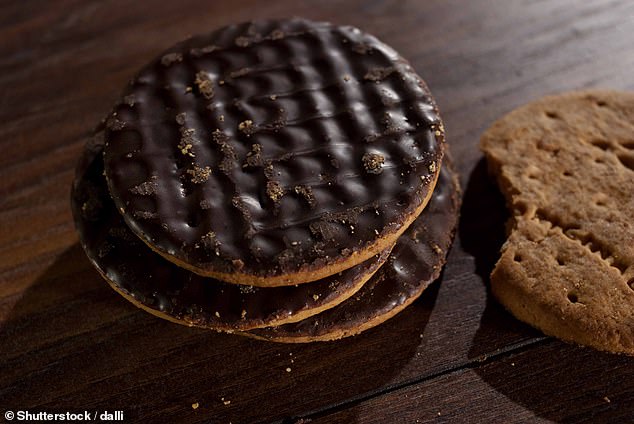 Others considered it a strategic ­selection, applauding the ‘occupational therapy’ offered by being able to eat first the top, then scrape off the iced middle bit by bit with your teeth, and later the bottom, which might better fill 12 long weeks than a boring old Ginger Nut.

Writer and broadcaster Rae Earl tweeted: ‘British Government’s decision to put ­Custard Creams in food boxes for vulnerable people during #CV19 is a GREAT one. Rich Tea Too fragile. Digestive Too medical. Bourbon Too frivolous. A Custard Cream can take the dunking & come out the other end. A biscuit for our times.’ But top chef Sally Clarke was astonished anyone would get het up about such a ‘lowly, tasteless (in my humble opinion) and dreadful biscuit’.

Meanwhile, the ‘dunking ­brigade’ — those who can’t eat a biscuit without first dipping it in their tea — insist Custard Creams are far inferior to ­Hobnobs, Digestives, Bourbons and almost any other biscuit. One said: ‘Everyone knows that the Hobnob is the don when it comes to ­dunkable biscuits.’ 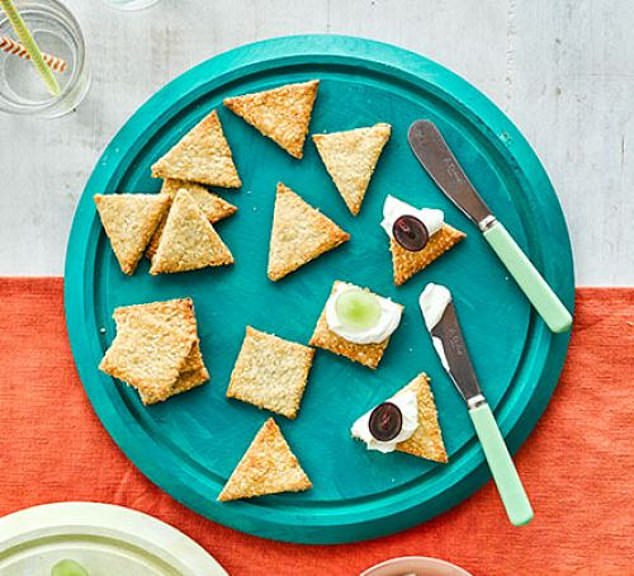 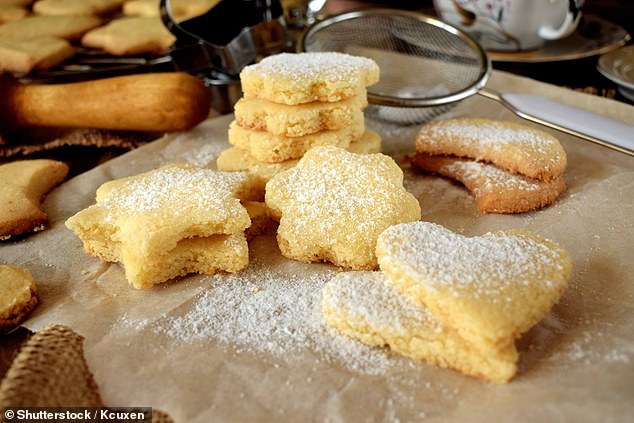 Shortbread (pictured) a second favourite for Brits after the Jaffa Cake

Naturally, it was only a matter of time before the health and safety brigade got involved.

‘Really Custard Creams are the most dangerous biscuits to eat,’ warned one officious chap. ‘There are more biscuit-related accidents with Custard Creams than any other biscuit. Google dangerous ­biscuits. CC is No 1 every time.’

And he’s right. I kid you not. After all, biscuit-related injuries are hardly uncommon. According to a 2009 survey, 25 million Brits have been injured during a tea or coffee break, with 500 needing hospital treatment a year.

Of these 500, a third of adults were apparently scalded by hot beverages while dunking, 26 per cent choked on crumbs and one in ten broke a tooth or filling.

If that isn’t silly enough, the rest either dropped a biscuit tin on their foot, fell off a chair reaching for the biscuits, poked themselves in the eye with a biscuit or were bitten while feeding one to an animal. One incredibly daft man got stuck in wet concrete after wading in to retrieve a stray biscuit.

Even better — Mindlab International, the research group that somehow found the time to conduct the survey, also carried out a what they called a ‘Biscuit Injury Threat Evaluation’ (BITE) — testing the physical properties of 15 popular types of biscuits.

1. Jaffa Cake (This entry was highly contentious, with many biscuit eaters pointing out that these are, of course, cakes, not biscuits)

But perhaps, now so many people are being reacquainted with the hallowed Custard Cream, by this time next year it will have toppled the Jaffa Cake from its biscuity throne

*According to a 2019 survey by kitchen appliance manufacturer, CDA

The result? You guessed it. With a risk rating of 5.63, the Custard Cream is Britain’s deadliest ­biscuit, five times more hazardous than Jaffa Cakes, with an almost harmless 1.16 risk rating. If we seem bonkers about biscuits in Britain, its probably because we eat so many. Each year we chomp 420,000 tonnes, or £2.6 billion worth — 103 packets per household. (Though far more in Manchester, the UK biscuit capital, where 96 per cent of people eat at least one daily biscuit.)

Originally made for sailors and soldiers from flour and water, it wasn’t until the 17th century that the idea came for aerating the flour and eggs to make a sponge cake that was dried in the oven — hence biscuit, which means twice-baked in French — and, hey presto, we got sponge fingers. And then in the 19th ­century came the invention of afternoon tea and we really embraced biscuits as ­something to be enjoyed with — or dunked in — your tea, and hailed them as a true ­British phenomenon.

The Custard Cream was invented in 1908 and has been enjoyed in its millions ever since. In 2011, John Stevenson, Tory MP for Carlisle — perhaps, not coincidentally, home of the McVitie’s factory — entered it in a competition to ­celebrate British design against such engineering triumphs as the Rolls-Royce Trent aero engine and the Land Rover. Unsurprisingly, it did not win.

According to one survey, the Jaffa Cake is Britain’s favourite biscuit — though many dismiss this on the basis it is actually a cake. They ­prefer to rely on a rival YouGov survey that lists McVitie’s Digestive, in its plain and chocolate-covered forms — as Britain’s most popular choice, selling 4.4million a day.

And perhaps therein lies the problem for Mr Jenrick. As he mobilises an operation on a scale not seen since World War II, I applaud him for his energy, but I can’t help wondering: what if the recipients would prefer a Digestive?