Customers of Britain’s biggest companies could be given a vote on the pay of their top executives under plans being considered by Labour to clamp down on boardroom excesses.

A report commissioned by shadow business secretary Rebecca Long-Bailey and shadow chancellor John McDonnell has recommended the remuneration of executives at 7,000 large companies should be subject to an annual binding vote.

It says that stakeholders in the business – including consumers and employees as well as shareholders – should be given a say in determining their pay packages.

The report also proposes that all companies that have more than 250 employees would have to reveal the names of those paid more than £150,000 a year, according to The Guardian.

Customers of Britain’s biggest companies could be given a vote on the pay of their top executives under plans being considered by Labour. File photo

Jeremy Corbyn’s party said that it would ‘look closely’ at the findings of the report drawn up by a team led by Prem Sikka, professor of accountancy and finance at Sheffield University.

Mr McDonnell said: ‘The scale of bonuses and the opaque way they are paid should be a source of shame to those running our economy.

‘The Government have shown no interest in tackling the causes of inequality in our society and we are grateful to Professor Sikka and his team for shining a light on the problem.’

In other recommendations, the report calls for:

– Executive pay contracts in large companies to be made publicly available;

– Executive remuneration to be in cash as rewards in share options, shares and perks ‘invite abuses’;

– Pay differentials between executives and employees, analysed by gender and ethnicity, to be published;

– Company law amended to give stakeholders the right to propose a cap on executive pay and bonus package. 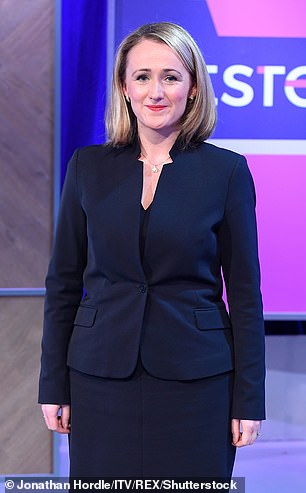 The report argues the inequitable distribution of the wealth generated by ‘the brawn and brains of employees’ is a ‘key social problem’ in the UK, exacerbating inequalities.

‘The challenge is not only to devise mechanisms that constrain undeserved executive pay in large companies but also create mechanisms to enable workers to secure an equitable share of income/wealth created with their own brain, brawn, sweat, commitment and energy,’ it says.

‘Customers are the backbone of all enterprises but are increasingly being poorly treated though profiteering by banks, gas, water, electricity and other companies.

‘They should be empowered to penalise executives delivering poor goods/service and equally also reward those delivering high quality products and services.’

Welcoming the report, Ms Long Bailey said: ‘Whilst many of our businesses work hard to ensure that rewards and prosperity are fairly shared across their workforce, there continues to exist a pernicious corporate culture in some firms that many across Britain would view as immoral.

‘It cannot be right that in just three working days, the UK’s top bosses will have made more money than the typical full-time worker will earn in the entire year.

‘Labour will look closely at the recommendations of this report as we seek to build on our existing policy of tackling pay inequality.’