An adorable kitten who was drowning on a roof during a Malaysian typhoon has survived after a firefighter gave it chest compressions.

The tear-jerking video shows the fluffy kitten lifted from a pink towel by a firefighter known as Amirul in Sungai Petani, a town in north-west Kedah, Malaysia.

Amirul, who works at the Sungai Petani Fire and Rescue Station, starts gently performing CPR on the animal’s lifeless body and people can be heard murmuring behind the camera as he tries to bring the cat back to life.

Brought back to life: A drowned kitten which was found on a rooftop in Sungai Petani, a town in north-west Kedah, Malaysia, has been resuscitated by a fire-fighter who performed chest compressions 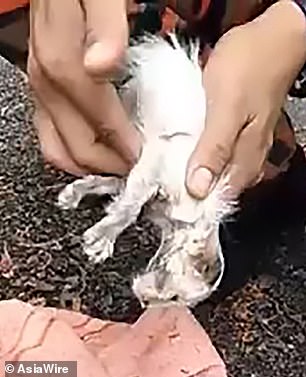 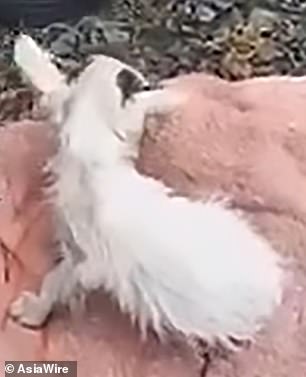 Compassionate fire-fighters gather around to save the small animal and after 40 seconds, it is filmed having a stroll and getting used to its surroundings again. The fire-fighter, known as Amirul, can be heard gleefully laughing as he hears the cat meow for the first time 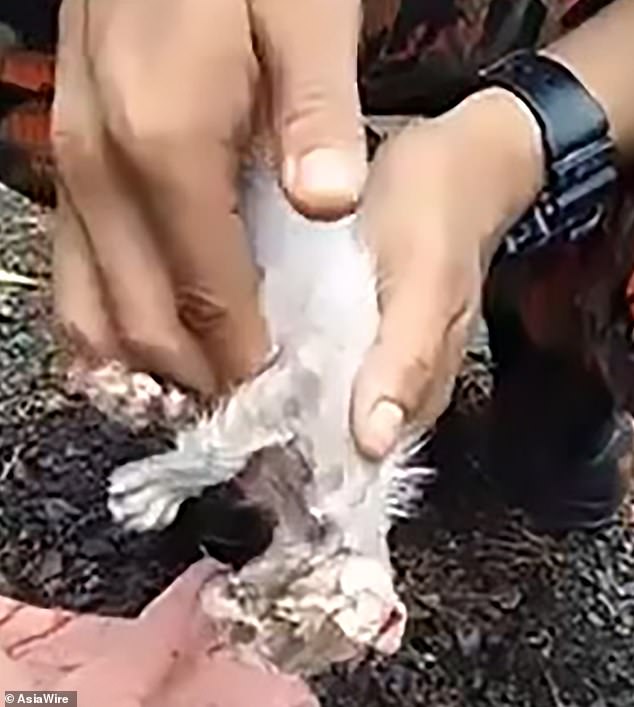 The amazing moment the cat lets out its first meow and the fire-crew erupts with joy. They say a warm welcome and stroke to the animal

He persists with holding the feline in his hand and using the other to resuscitate it.

After just 40 seconds, small purrs can be heard from the cute kitty’s mouth but the fire-fighter keeps pressing its chest until the meows are bolder and he can confirm the feline is okay.

The black and white speckled cat had found itself stuck after Typhoon Lekima hit the region last week – a natural disaster which has seen 33 people killed and 16 missing, it was reported on Monday.  It ripped through Malaysia’s capital Kuala Lumpur before storming through China’s eastern Zhejiang, Shandong, and Jiangsu provinces and south of Shanghai’s coast. 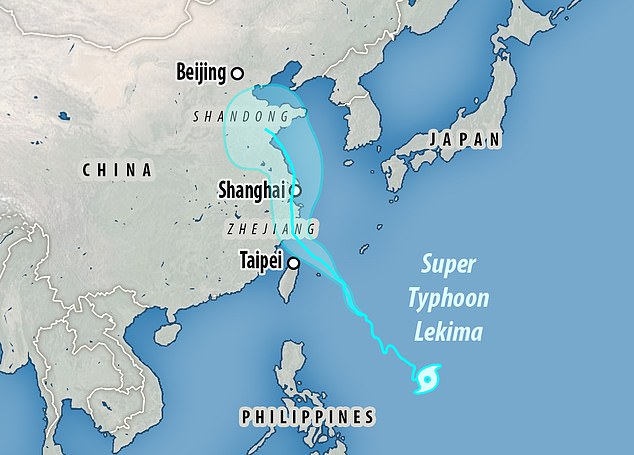 Lekima has been downgraded from a super typhoon to a typhoon as it headed northwards inland (pictured: The typhoon’s route) 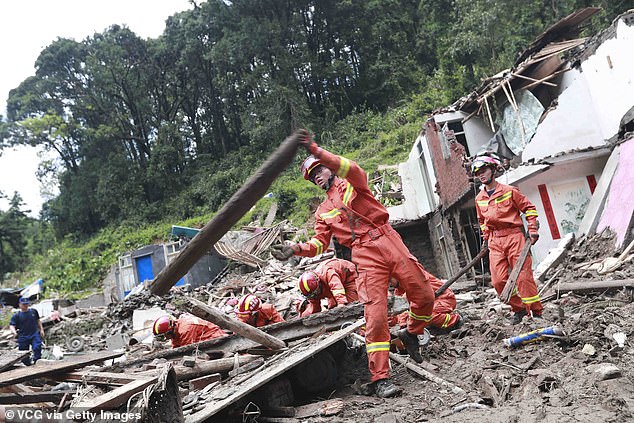 The devastation caused by the typhoon is growing: Thirty-three people have been killed and 16 missing during the natural disaster which has swept up Malaysia, reports on Monday say. Buildings have been smashed and evacuations made across the country

Later in the footage, Amirul comes into focus and is adoringly stroking the cat and beaming with joy – holding him out for others to pet.

He checks his back is stable before steadily placing him back on the towel.

Amirul puts the kitten on the ground and it is seen tip-toeing around after making a full recovery.

At the end of the video, the cat is wrapped in a blanket before being taken away. There have been no further updates on the kitten’s condition or whether it has been reunited with its owner.