Britons appear to be preparing for a tight Christmas rather than a white Christmas this year, according to a new study.

The average person is planning to spend £560 on the Christmas festivities, according to research by the popular cashback site, TopCashback.

With the cost of living biting, Britons are coming up with various ways to tighten the purse strings, with half of UK adults planning on altering their usual plans.

Thrifty Britons: Half of adults say they will spend less on Christmas this year

And many will be taking more ‘sober’ measures to reduce their spending.

Almost a third of Britons will be cutting back on alcohol this season, and for those who are changing their Christmas grocery shopping list, spirits and fizz are the top items to be dropped.

Turkey set for the chop?

With the nation’s newfound obsession with air fryers, it may come as no surprise that one in six people will also be looking to cook their Christmas dinner in a more economical way.

The study found that almost two in five Britons are planning to switch to a cheaper supermarket or to own-branded products to cut back.

And one in seven will also be swapping their turkey for a cheaper cut of meat.

A large whole Turkey that can feed between 15 and 18 people currently costs £37.45 at Tesco. However, people may pay much more depending on what shop or supermarket they buy from.

A medium, free range bronze feathered whole Turkey from Waitrose, enough for eight people, will currently set you back between £56 and £84.

Chicken is a popular and cheaper alternative. A large whole chicken from Tesco, which feeds between four and five people, will currently set you back just £4.60. 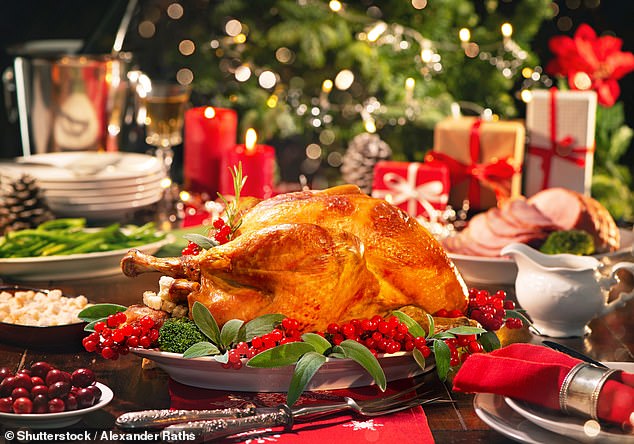 Count your chickens: One in seven will be forgoing their turkey for a cheaper cut of meat

Christmas presents are perhaps unsurprisingly in the firing line for many Britons, with almost two thirds of people planning on changing their present buying habits this year too.

Of these, six in 10 will be lowering their budget per person, over half will be buying for fewer people this year, and almost one in five will only be buying presents for children, not adults.

One in five will be opting to send their cards and presents in second class post in order to save money.

But it’s not just in giving that Britons want to make changes this year. It’s also in the receiving.

Almost three in five people are changing what they are going to ask for this year with regards to gifts.

The research also uncovered other measures Britons are taking to cut back this year – most notably when it comes to socalising.

With respect to seasonal socials, almost two fifths have said they won’t be attending a work party.

More than a quarter of Britons have apparently been asked to pay in full or contribute to the Christmas do.

Almost two in five will also be staying in on New Year’s Eve in order to save money.

A third have said they will be re-wearing last year’s party outfit, and four in ten will be setting budgets for everything.

With regards to other saving measures, one in six say they won’t be donating to charity this year. 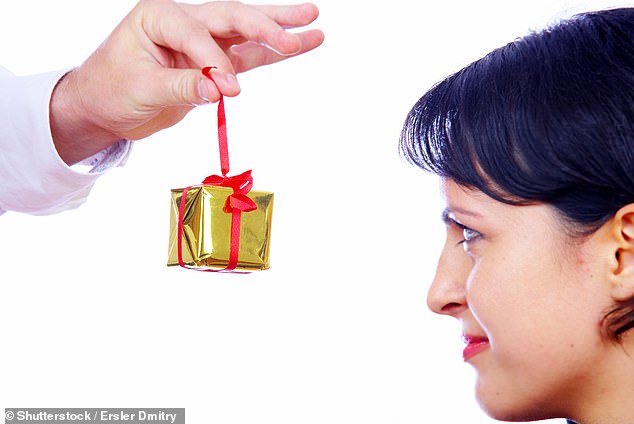 Expecting something bigger? Six in 10 Britons will be lowering their budget per person and and almost one in five will only be buying presents for children this year

Adam Bullock, UK director of TopCashback said: ‘Under normal circumstances, Christmas can be financially really tough for many of the population, especially when under mounting pressure to have a “perfect” time.

‘Thanks to the cost-of-living increases, budgets are now required to stretch even further, and our research shows the extent that some Brits are going to, to recoup some of the cost.

‘Remember, there are lots of elements of Christmas that you can change – and you shouldn’t feel embarrassed about doing so.

‘Whether that means ditching the turkey, setting a small budget for gifts, recycling partywear or even just saying ‘no’ to social occasions, decide what is best for you, and if it means feeling more financially secure, don’t compromise.’