The WhatsApp ‘hack’ of Jeff Bezos’ phone allegedly by Saudi Arabia is not as clear cut as the cyber security firm report which Bezos had produced may suggest, other experts in the field have warned including the former head of security at WhatsApp’s parent company Facebook.

Forensics specialists Bill Marczak and Alex Stamos told The Wall Street Journal that the investigators at FTI Consulting, the firm Bezos hired, were not able to identify the malicious software that was lying in a video file that they think might have hijacked the phone.

Marczak and Stamos say the team at FTI should have been able to do that. 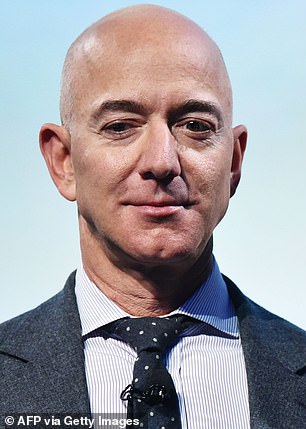 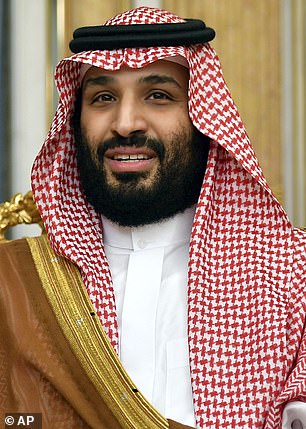 Jeff Bezos’ phone was hacked last May. FTI Consulting said the source of the hack was likely the message that came to him from Mohammed bin Salman (right)

Stamos worked as the chief security officer at Facebook until August 2018. The company owns WhatsApp.

He says that the FTI report suggests they had access to the data that would be required to decrypt the file and examine it for software but that they, for some reason, did not. 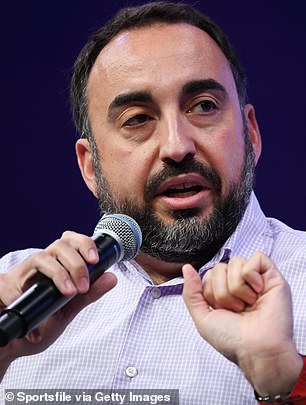 Alex Stamos, former head of security at Facebook, said it has not been conclusively proven that Saudi Arabia hacked Bezos’ phone

‘They don’t seem to understand how to properly decrypt WhatsApp attachments,’ he told the Journal.

Marczak said bluntly: ‘It is not a conclusive report.’

Saudi Arabia has denied hacking the Amazon billionaire’s phone and says any such claims are both ‘absurd’ and ‘silly’.

Bezos has not commented publicly on the claims.

Bezos’ team of investigators hired FTI Consulting last year after The National Enquirer published an expose into his affair with Lauren Sanchez which included personal details of text messages and nude photos the Amazon founder had sent his then mistress.

The consulting firm produced a report in November that has only now been made public which suggests that it a video file sent to Bezos by Saudi Arabian crown prince Mohammed bin Salman was the source of a hack. 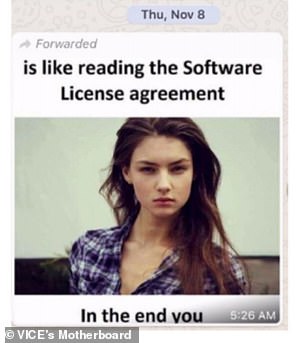 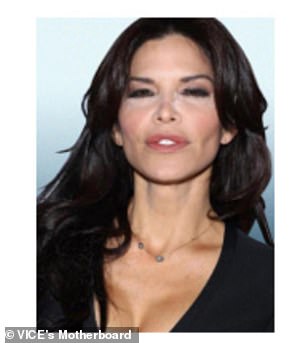 In November, he sent this one – a forwarded meme showing a woman with the words ‘Arguing with a woman is like reading the software license agreement. In the end you have to ignore everything and click I agree.’ The cyber firm Bezos hired to look into his phone and whether or not it had been hacked say this suggested bin Salman knew he was getting a divorce – something that was not public at the time. The experts say she ‘resembled’ Lauren Sanchez 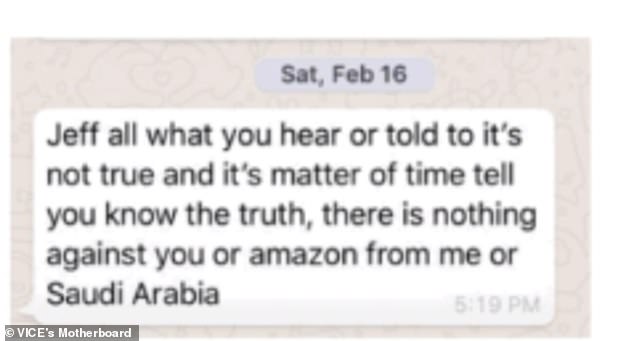 A final WhatsApp mesage sent to Bezos by bin Salman within hours of Bezos being told via phone call that Saudi Arabia had launched an online campaign against him. The cyber security experts say the timing of the message was suspicious given Bezos and Salman had not spoken for more than three months and he had just been told over the phone about the campaign

The report said that a large amount of data went missing from Bezos’ phone afterwards, and it also suggested that bin Salman or someone using his WhatsApp account was listening to Bezos’ phone calls and texts in the months that followed.

The claims have triggered an international ripple effect with investigations now underway by the UN.