Seven police cars were sent to catch cyclists riding around a quiet park without helmets as they patrolled the peaceful protest.

Officers told cyclists in Sydney’s Centennial Park on Saturday they ‘would enforce the law’ as riders protested against Australia’s compulsory helmet laws.

But the approach has led to a fierce backlash from cycling groups, causing some to brand Sydney as the ‘least friendly cycling city in the developed world’. 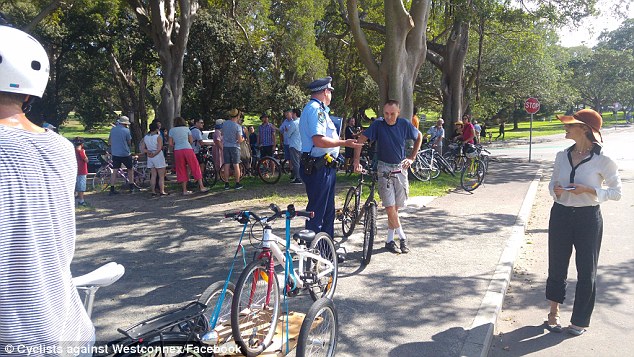 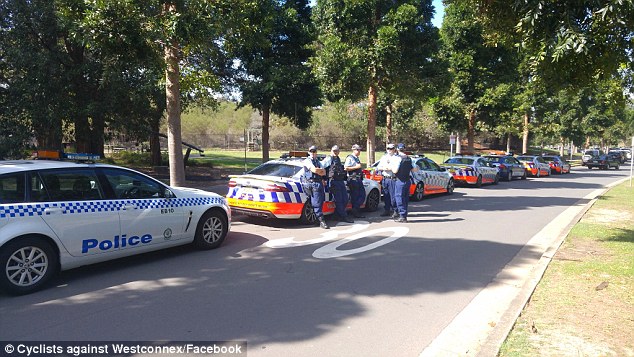 One group called the new fines ‘trivial offences’ and groups around Australia took to the saddle to protest.

Chris Standen had his case thrown out of court on Monday despite pleading guilty to riding without a helmet, court documents seen by Daily Mail Australia revealed.

But the charges were dismissed by the magistrate at the Downing Centre in Sydney’s CBD.

‘My $330 fine for riding a bicycle slowly and carefully while wearing a sunhat was dismissed in court this morning,’ he tweeted.

‘Trivial offence, no objective risk, good character etc. What a waste of police/court time (and mine).’ 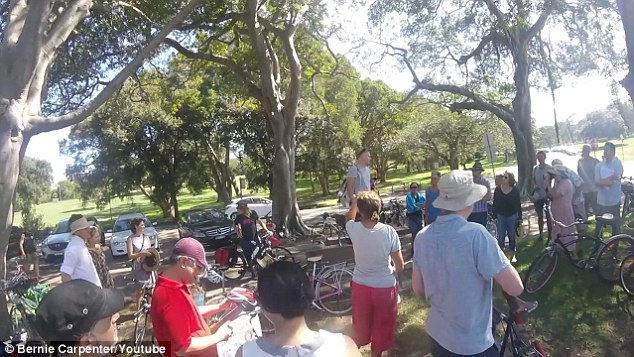 He described the court case on Monday as a ‘waste of time’ after the charges were dropped and said it was an ‘only in Australia’ example.

Daily Mail Australia understands Mr Standen was wearing a sunhat and carrying a doctor’s letter ‘supporting his choice’ when he was pulled over and fined.

It is understood the case was unrelated and happened before the protest ride at the weekend.

Groups said cases currently before the courts was a reason for the protests held throughout Australia – including in Melbourne, Adelaide and Brisbane.

Mr Standen, who attended the ride on Saturday. slammed the ‘nanny state’ approach by NSW Police. 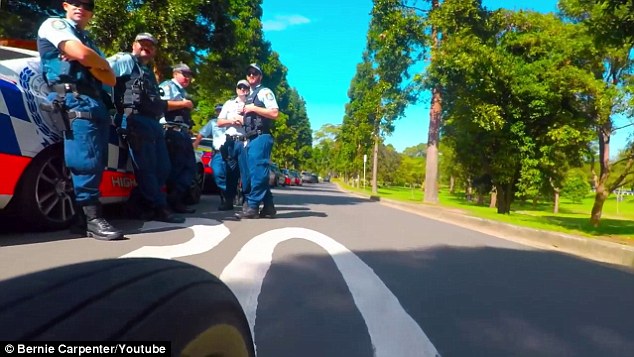 Riders said they felt targeted by the officers who were deployed for around two hours.

‘It is so disappointing that the NSW Police were unable to handle this situation in a more constructive way,’ she added.

‘The example from the other States and even from NSW in a previous protest, demonstrates that good policing can facilitate safe community protest in a way that builds good relations between the police and the public.’

The incident at the park on Saturday was also described as a public relations disaster for the force. 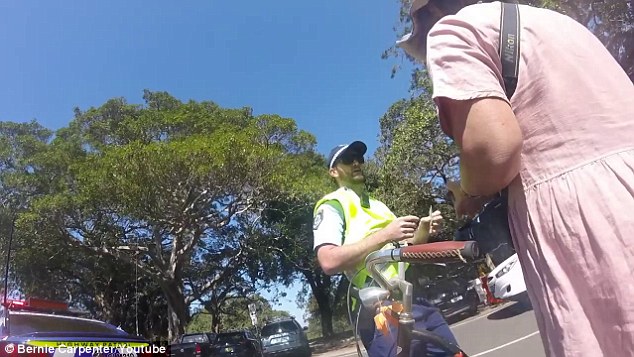 Cyclists in New South Wales are now subjected to fines of $330 for riding without a helmet after new rules were introduced by roads minister Duncan Gray last year.

They argue cycling should be encouraged as congestion increases but the ride challenged the threats of high fines ‘for something that is considered normal and is having the opposite effect’.

The protest was also held in Melbourne, Adelaide and Brisbane but faced controversy in Sydney.

Ms Francis added: ‘NSW has fewer bike riders and a poorer safety record than the rest of the country and internationally is gaining a reputation as the least friendly cycling city in the developed world.’

Footage shared by the Freestyle Cyclists page showed an officer telling cyclists that they would enforce the law.

Later in the clip, a woman is pulled over by an officer and is told she would be receiving a penalty notice. 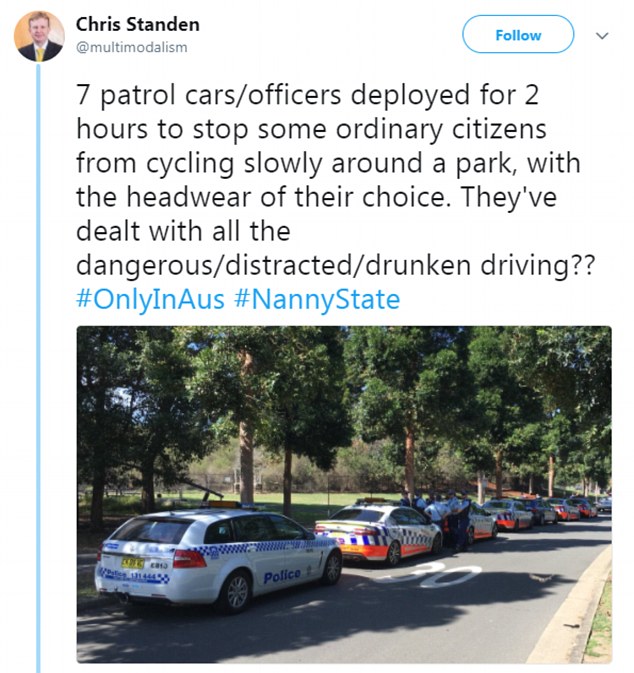 The woman responds saying the new laws had made cycling dangerous because drivers no longer ‘share the roads’.

She also criticises the police for showing a ‘lack of discretion’.

Rule 256 of the new cycling rules states a rider must wear an Australian Standard approved bicycle helmet, securely fitted and fastened on the riders head.

The fine for not complying increased from $71 to $319 when it was introduced.