Cyclist at centre of truck driver rant hits back

A cyclist at the centre of a truck driver’s abusive rant has defended himself and his friends, saying they were ‘perfectly safe’ riding side-by-side on the road.

Lawyer James Sloan, 61, was cycling in a group of nine along Granya Road near the NSW-Victoria border on Saturday.

In an expletive-laden video, truck driver Charlie Butt became enraged at the group of cyclists who had taken over the entire lane.

Lawyer James Sloan, 61, (pictured) was cycling in a group of nine along Granya Road near the NSW-Victoria border on Saturday 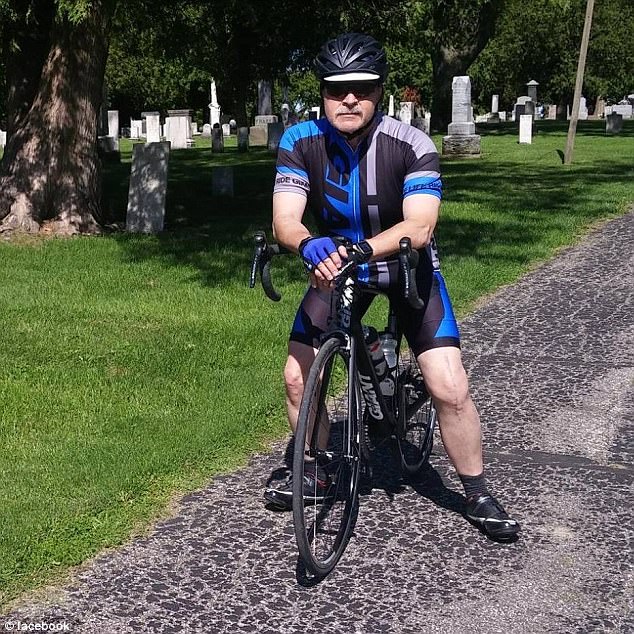 Filming the incident on his GoPro camera, Mr Butt could be heard swearing angrily at the riders as he passed them on the wrong side of the road.

Mr Butt was forced to illegally drift onto the opposite side of the road once more, the man swore again and said: ‘F***ing idiots’.

The truck driver shared his expletive-laden rant online and the video quickly attracted over 150,000 views before he promptly deleted it.

Mr Sloan, who was riding at the rear of the group in an orange shirt, told Yahoo7 he doesn’t understand where the abuse came from. 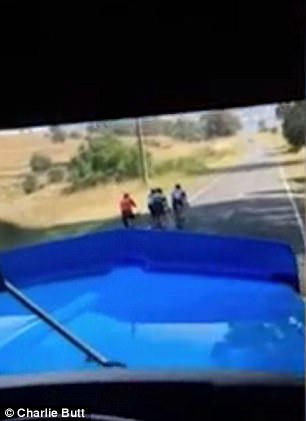 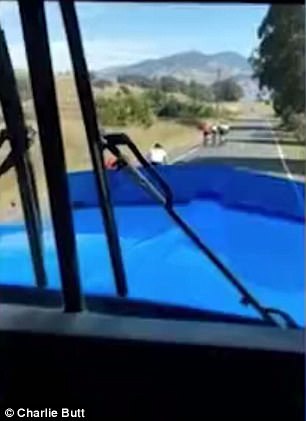 Charlie Butt was travelling west in Granya, a town in northeast Victoria, when he became enraged at a throng of cyclists (pictured left and right) who had taken over the entire lane

‘He doesn’t explain why he believes we are being dangerous apart from just being there,’ Mr Sloan said.

‘The driver must treat you like another vehicle and properly overtake – the same as if it were a slow moving car with a trailer, or a caravan. If the riders are in single file, the tendency is for drivers to not move out at all and instead squeeze past.”

Mr Sloan insisted riding two abreast is safer for everyone on the road.

His claims were backed by VicRoads, which recommends cyclists to ride two abreast but must maintain no more than a 1.5 metre distance between each other.

‘Riding in pairs can boost cyclists’ visibility and reduce their risk of being involved in a crash,’ a media release on their website states. 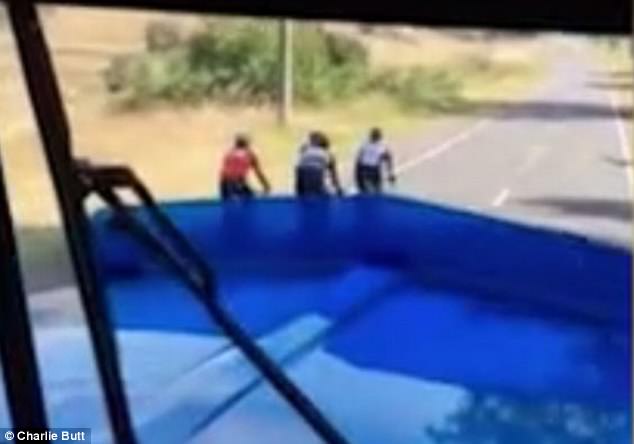 Frustrated he was forced to illegally drift onto the opposite side of the road once more, the man swore again and said: ‘F***ing idiots’

Social media users were of a divided opinion as to whether Mr Butt was justified in his anger at the cyclists.

Some people sided with the truck driver and argued the cyclists made for a ‘dangerous situation’ by taking up the entire lane where heavy trucks regularly pass through.

Were the cyclists riding dangerously?

‘I’ve driven trucks for 16 years and I have been in situations where I’m trying to slow a 64.5 tonne truck when there’s a truck coming the other way, and bike riders are the object I have had to miss,’ Mr Butt said, according to the Border Mail.

‘It’s the fact it was a dangerous situation that occurred, and the bike riders are putting their own lives at risk and they don’t know it.’

Others defended the cyclists and said the riders were doing nothing illegal by travelling two or three abreast.

‘I was one of these riders being abused by this idiot. Exactly what were we doing wrong? Presumably existing and being on the road,’ he said.

‘There were eight of us and all of us are taxpayers who have paid registration for cars and are just as entitled to use the road as this guy. As far as I can see, the only thing done illegally was the filming on a mobile phone while driving.

I do not accept that this was a GoPro video because GoPro does not show film in the format of his video. I cannot believe this guy would actually post it because I think it is evidence of him committing a crime and the police should take action against him.’