A cyclist has blasted ‘lazy’ police staff for parking their vehicles across a cycle lane near their Glasgow headquarters.

The commuter said he was forced into rush-hour traffic by several cars blocking the road close to one of Police Scotland’s biggest offices.

There are cycle symbols on Shawfield Road, which is close to the force’s Clyde Gateway administration centre in Dalmarnock, but is not enforced by double yellow lines.

Police Scotland staff have parked their cars on a cycle lane on Shawfield Road, just south of the force’s Clyde Gateway administration centre in Dalmarnock 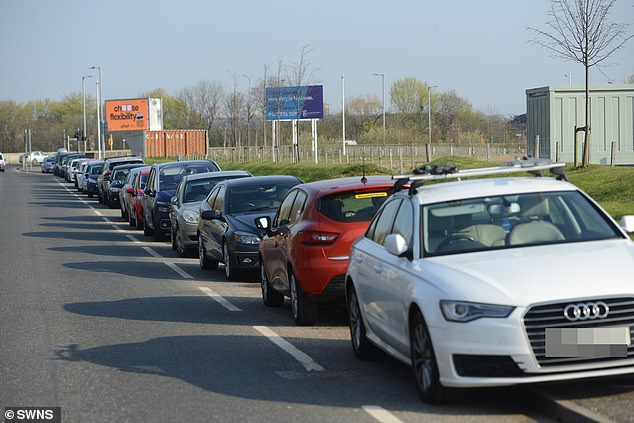 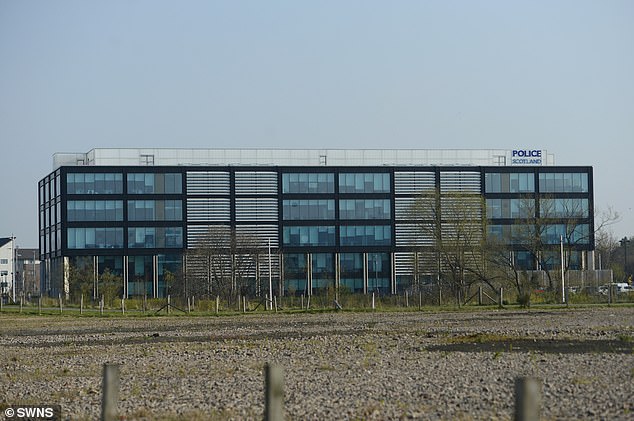 Police Scotland Clyde Gateway is home to around 1,100 staff at the state-of-the-art office on the banks of the Clyde

But the cyclist, who asked not to be named, hit out at ‘lazy’ police staff for parking irresponsibly and putting him in danger.

The fallout has been reported to South Lanarkshire Council – who said it would raise the issue with the force.

The cyclist said: ‘The council claimed parking is being developed, but having been forced into traffic when a parked car bumped off the kerb, should I have to wait so long due to the priority of laziness?’

The council told him: ‘It would be seen as bad practice to park in such a manner and may also be seen as obstructive parking by Police Scotland.’ 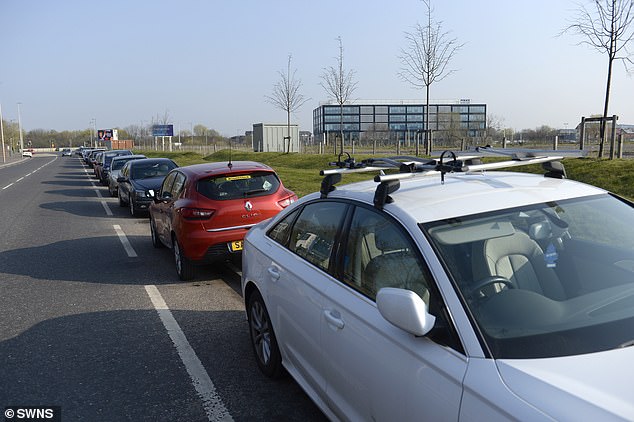 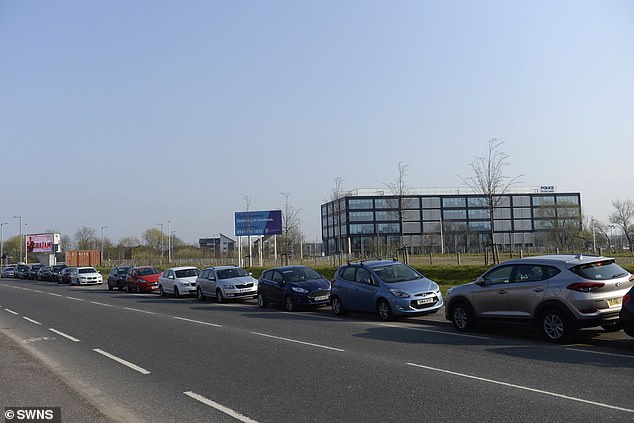 The commuter, who asked to remain anonymous, branded the police staff ‘lazy’ for the parking and said they put him in danger

But when informed that police staff were among those responsible, they added: ‘Given the information you have provided regarding the motorists who are parking at this locus, I can advise it is our intention to liaise with Police Scotland to hopefully resolve the issue.’

Gordon MacKay, the council’s head of roads and transportation, said: ‘The cycle lanes in this area are advisory.

‘Whilst we would always discourage drivers from parking here, there is no traffic regulation order in place to allow enforcement action.’ 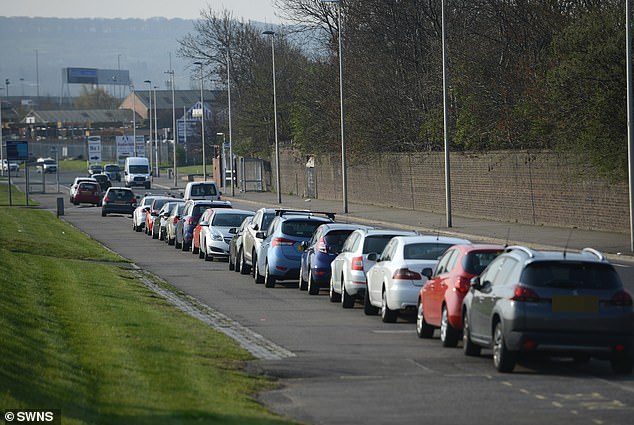 ‘That is one of the reasons why we are running a campaign, £PaintIsNotProtection.

‘We are looking for councils to provide a network of joined-up, protected, segregated cycle lanes.

‘This is to enable anyone who wants to use a bike to get around to do so safely.’ 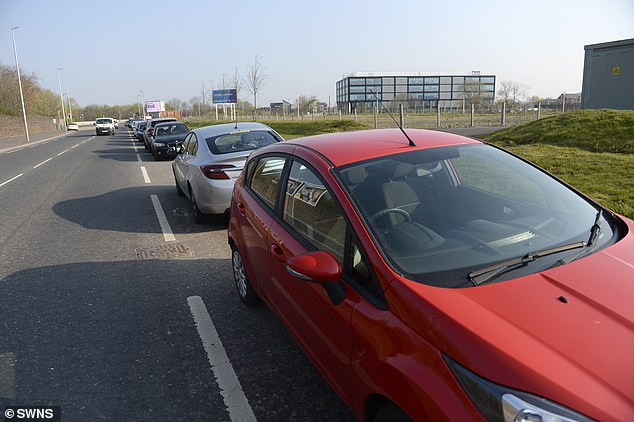 A Police Scotland spokesman said: ‘Officers and police staff who work in the Clyde Gateway building are regularly reminded by senior management of the need to park responsibly.

‘We are aware of the issue in Shawfield Road.

‘However, [we] have not received any complaints from members of the public.

‘Due to the specific road markings, the lane is not a solely-dedicated cycle lane, thus parking there alone is not an enforceable offence.

‘We would urge anyone who wishes to make a complaint to contact Rutherglen Police Station via 101.

‘Complaints will be assessed on a case-by-case basis.’