Maryland police have charged a cyclist with second-degree assault after he was caught on video assaulting a group of people putting up signs demanding justice for the police killing of George Floyd.

Police said in a press release that Brennan was identified after police asked the public for help identifying a cyclist who was seen in a video arguing with and ramming his bicycle into young adults who were posting flyers along the Capital Crescent Trail in Bethesda, Maryland, on June 1.

Anthony Brennan III, 60 (pictured), of Kensington, Maryland, was arrested and charged with three counts of second-degree assault Friday. Police say he was the cyclist caught on video fighting with three people posting flyers about George Floyd in a park 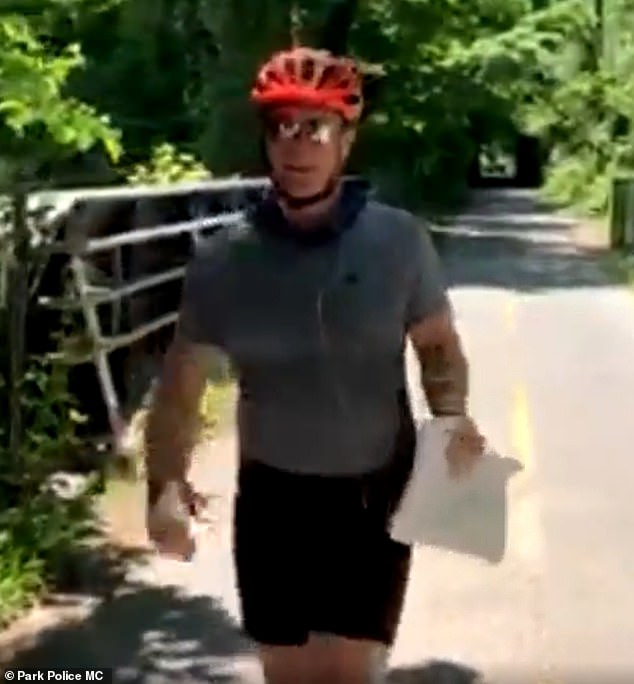 Police asked for help in identifying this man, who was caught on video assaulting a group of people putting up George Floyd posters in Bethesda, Maryland, on June 1

Hundreds of tips were sent to authorities, police said, which they were able to corroborate using additional information from community members before zeroing in on Brennan as their primary suspect.

Police then searched his home Friday and were able to seize ‘items of evidentiary value.’

Brennan voluntarily turned himself in to detectives Friday night after an arrest warrant was served on him.

The June 1 incident was caught on camera at about 12.45pm.

Three young adults – one male and two female – were walking along the trail and posting flyers asking the community to participate in activism related to the death of Minnesota man George Floyd, who died while being arrested on May 25.

In the video, the cyclist – which police say is Brennan – is seen grabbing a girl’s arm and wrangling the roll of tape out of her hands.

One of the flyers already appears to be in his hands. 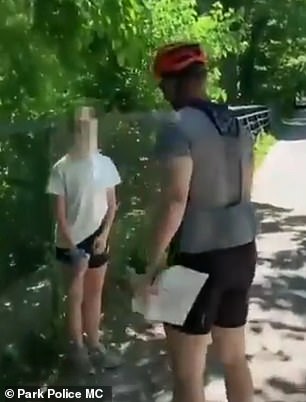 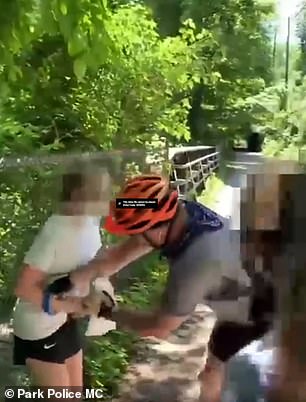 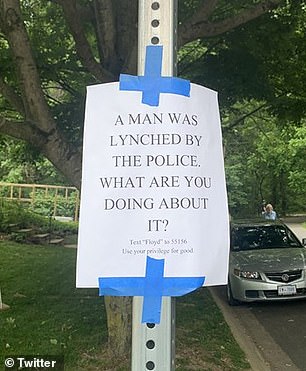 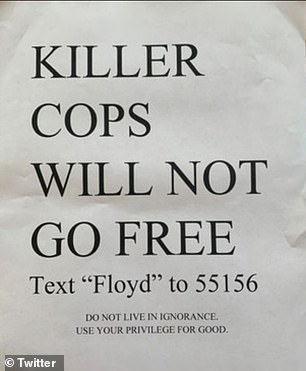 The group was putting up flyers that said ‘A man was lynched by the police. What are you going to do about it?’ and ‘Killer cops will not go free’

A man filming the incident on his cellphone is heard saying, ‘Leave her alone! Walk away!’

The woman then runs up and forces the man to back off from the young girl shouting, ‘Get off of her!’

But the cyclist continued to fume at the group and grabbed his bicycle and ran with it towards the man filming, appearing to crash into him.

‘Hey what the f**k!’ the man filming is heard saying. The phone suddenly falls to the ground in the scuffle.

‘He sees me recording him and sees the fact that I recorded him as he was doing that, and he grabs his bike and he runs it into me and pins me to the ground,’ the man filming the clip said to NBC.

He explained he was a part of a group of young adults putting signs around the neighborhood to inspire them to ‘make a big difference in terms of both monetary donations and resources to fight against injustice.’

The victim said the man used profanity, called the group deviants and accused them of inciting riots. 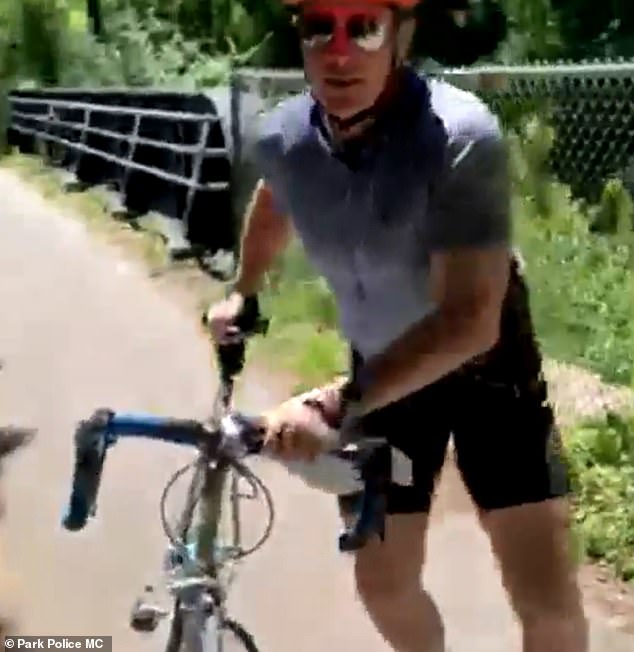 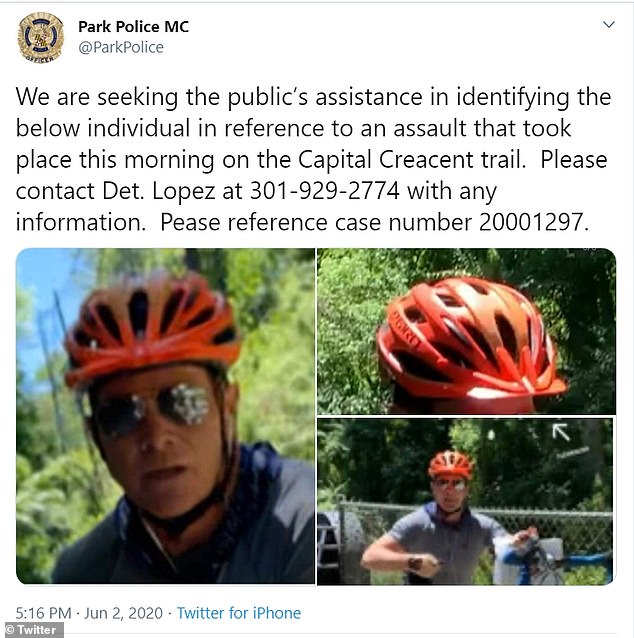 Police posted a tweet asking for help identifying the man. They said they received hundreds of tips and were able to identify him and later arrest him

The group had been posting flyers in the area that rallied for justice for George Floyd’s killing at the hands of police.

One poster said: ‘Do not live in ignorance. Use your privilege for good.’

Another sign they put up said: ‘A man was lynched by the police. What are you going to do about it?’

Shocking video of the killing shows Floyd wheeze ‘I can’t breathe’ below the officer’s grip.

The harrowing killing has sparked 10 days of protests decrying police brutality and racial injustice, some of which have turned violent and led to store looting and vandalization.