‘No consideration whatsoever’: Irritated cyclist unleashes online after she’s forced to dodge multiple road works signs in the middle of a bike lane – but is she in the wrong?

A cyclist has slammed a New Zealand city’s decision to place road works signs in the middle of a busy bicycle lane.

The woman, who filmed her morning bike ride, was forced to dodge two signs blocking her path on the Auckland bridge.

The cyclist veered into the pedestrian footpath, only to come upon a second set of signs just metres away.

‘Who should we talk with about changing the policy on where roadworks signs go? This morning on the Symonds St over-bridge it was a bit ridiculous…’ she posted alongside the video on social media.

Many commenters vented their frustration over the placement of the signs.

‘Absolutely appalling. No consideration for bikers whatsoever,’ wrote one commenter. 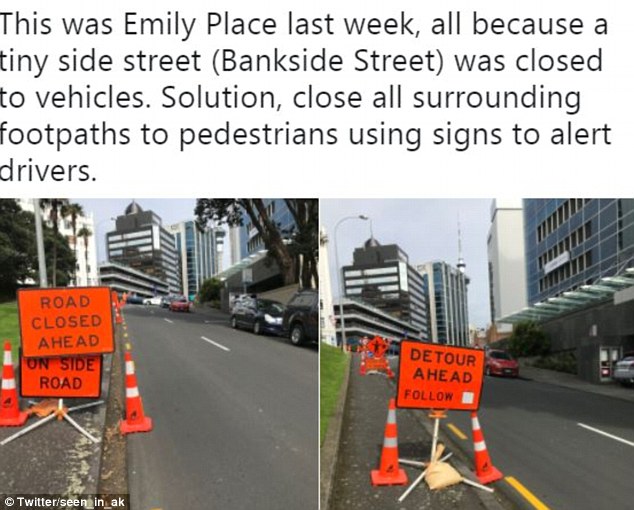