A cyclist was left with a bone poking out of his elbow after a six-strong gang attacked him with a Lambrini bottle as they tried to steal his £4,500 bike.

Carl Freestone, 54, was riding home from the pub on his top-of-the-range Cannondale bike when a group of thugs hurled liquid over him – which he first feared was acid.

The situation turned violent when the father-of-one, from Mansfield, Nottinghamshire, confronted the gang who threatened to ‘shatter his legs’.

One of the thugs then threw a bottle of Lambrini at Mr Freestone – which left a gaping wound just millimeters from a main artery – before making off with the bike.

The former warehouse worker underwent a two-hour operation to staple his arm back together after he was left with the bone ‘poking through exposed muscle and sliced skin’.

He said: ‘I’ve seen the stories about acid attacks but I soon realised that it was just a few yobbos throwing pop at me. 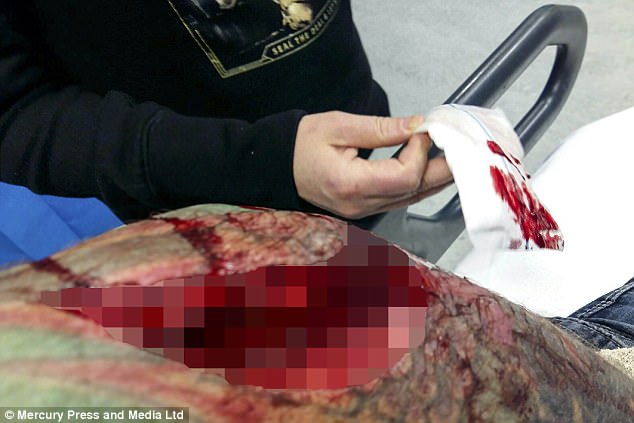 Gruesome: A cyclist was left with a bone poking out of his elbow (above) after a six-strong gang attacked him with a Lambrini bottle as they tried to steal his £4,500 bike. 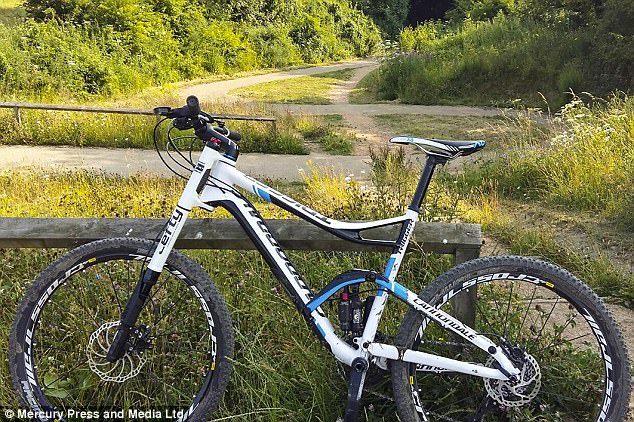 Mr Freestone’s £4,500 Cannondale bike (pictured) which was stolen by thugs

‘I’m 54 but the problem is I think I’m 20 so I came to a stop a few feet away from them and confronted them. I wasn’t about to roll over and run away.

‘They then started surrounding me – these wannabe gangsters said they would shatter my legs.

‘I started cycling off and the main one who was shouting at me threw a Lambrini bottle at my left arm. 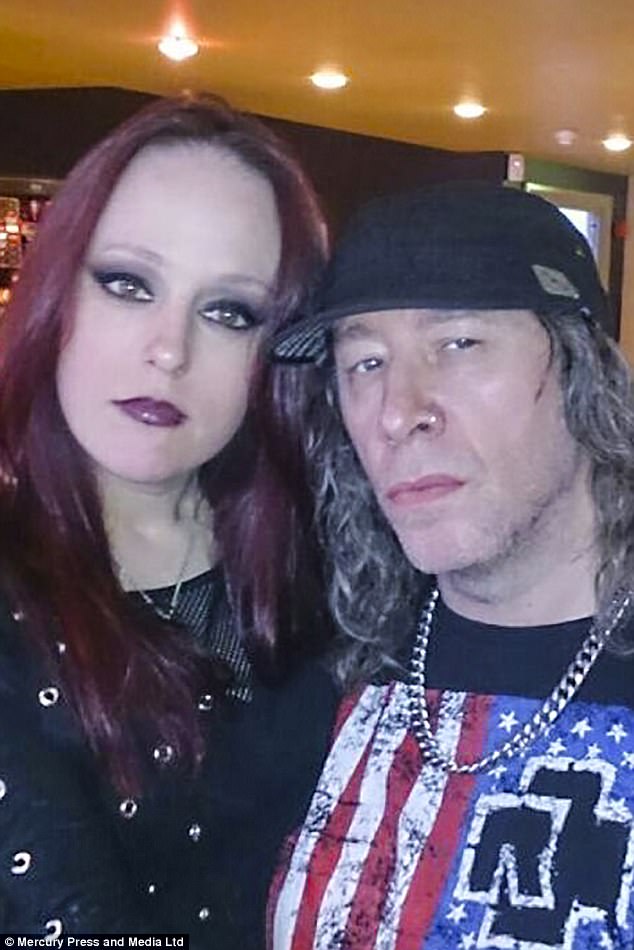 Carl Freestone (pictured right with wife Bonnie Freestone, 39, left) was left with a bone poking out of his elbow after a gang of thugs attacked him in Mansfield, Nottinghamshire 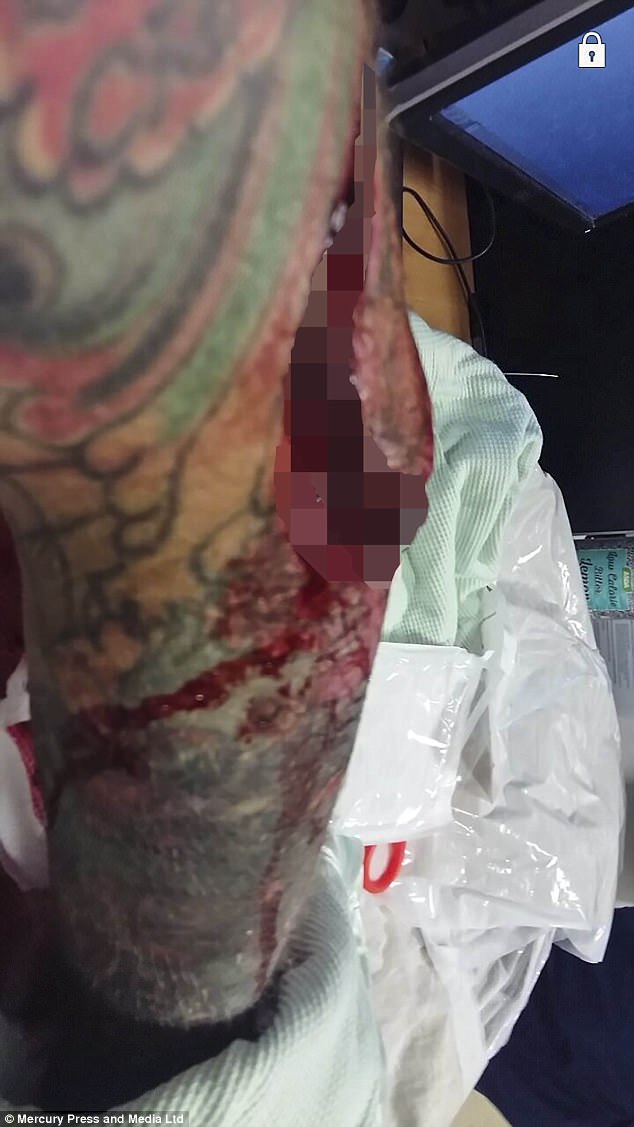 ‘I felt it hit me and looked down at my elbow, it had opened up really wide and there was a lot of blood. It was just millimetres from one of my main arteries.

‘Stupidity kicked in and I got up and went after the bike.

‘My elbow was a flap of skin, when it hung down it exposed the muscle and revealed the elbow which had a piece missing out of the bone.

‘But while bleeding pretty badly there was little I could do from stopping these pond life from taking what they wanted.’

Keen cyclist Mr Freestone said that the distinctive high-end bike is particularly special to him as his mother Joyce Young helped him buy the bike before she died of lung cancer two-and-a-half years ago.

He said: ‘I’m not really worried about my arm even though it’s going to take months to heal – I was more concerned about my bike at the time and I still am.

‘It’s a unique bike so stands out – but that’s not always a good thing. 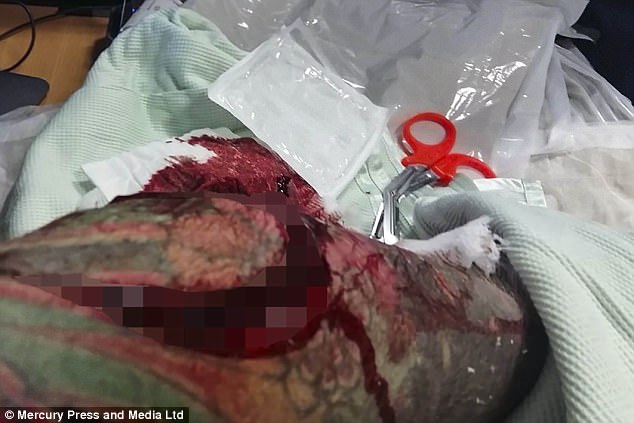 ‘Getting it back would be the most important thing.

‘There’s a chance I could afford to get another one on monthly payments but it won’t be as good as my other one – my mum helped me to pay for it before she died as she knew she was on her way from lung cancer.’

Nottinghamshire Police confirmed the incident had been reported to them.

A police spokesperson said: ‘Officers were called at around 11pm on August 9 to reports of an assault in Church Street, Mansfield.

‘A 54-year-old man, the victim, was taken to hospital with injuries not thought to be life threatening.

‘A distinctive white and blue mountain bike was taken during the incident.

‘If you have any information that might help with the investigation call Nottinghamshire Police on 101 quoting incident number 964 of 9 August 2017.’