A road rage incident which lead to a driver allegedly pulling a box cutter out and stabbing the cyclist has landed them both in court.

Both the driver and the cyclist will stand trial over the violent road rage incident which took place at Kings Park in Perth.

In the video the 76-year-old driver of the white Commodore passes the cyclist on a quite road. 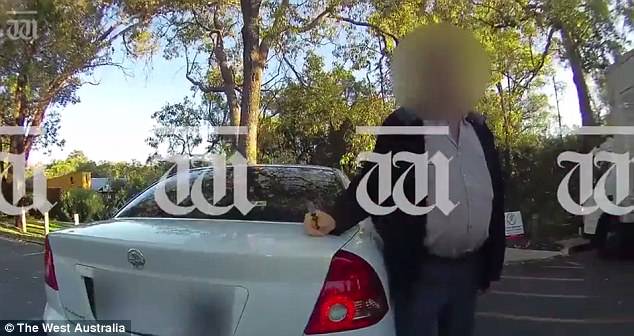 In the video, cyclist Marcel Willimann right away starts to hurl abuse at the driver because he feels the car had not given him the correct one metre buffer.

Mr Willimann catches up with the driver who has parked up the road and the two men start verbally attacking each other before the driver of the commodore allegedly pulls out a box cutter.

In the video it appears as if the driver slashes at the cyclist as the two men hurl abuse at one another. 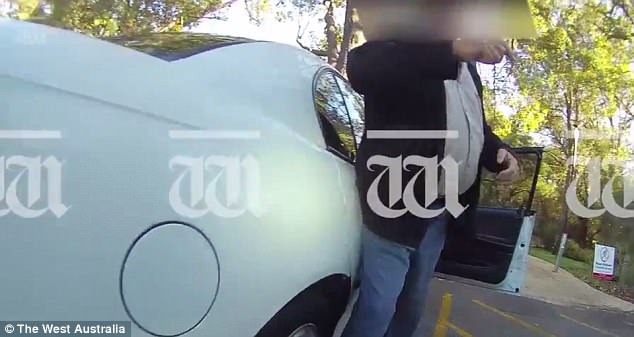 Mr Willimann alleges that the driver slashed at him and stabbed him with the box cutter, leaving him with minor injuries The West Australian reported.

He appeared in court on Friday with his lawyer.

‘We’ll look forward to talking about this when the matter is dealt with properly,’ his lawyer said.

Both men are facing charges over the incident.