Cyclists will be able to ride through the countryside without the worry of traffic under new plans for a network of bridleways from Land’s End to John o’ Groats.

Horse riders could also benefit from the plans that hope to open up the country so that everyone – and not just walkers – can make the most of rambling routes.

Cycling UK is devising a 1,000-mile-plus network of trails stretching across the country which will also include a circular route it calls the Wiltshire Loop, reports the Sunday Times.

Cycling UK is devising the 1,000-mile-plus off-road routes stretching across the country that will open up safe trails to bikes and horse riders, eliminating the worry of traffic and main roads 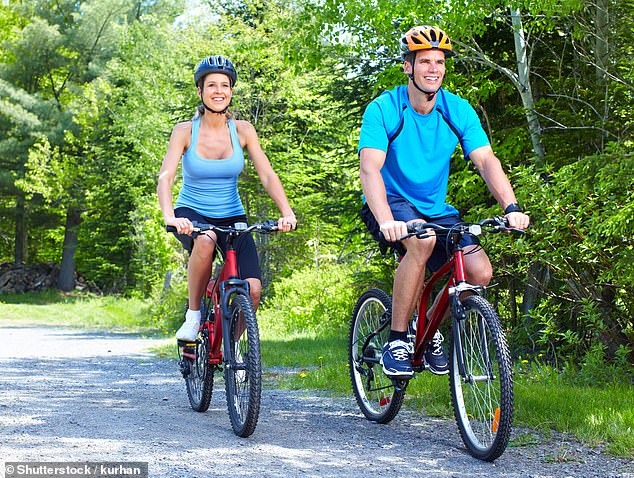 Paul Tuohy, chief executive of Cycling UK, said only about 20% of the walking route network is accessible for bikes and horses at the moment (stock picture)

The charity, that has 68,000 members, say the trail will connect Stonehenge with the Surrey Hills and include a trail from Kent to Cornwall.

The South Downs Way from Eastbourne to Winchester is already open to riders.

Although right-to-roam legislation means that everyone should have access to certain land, lakes and rivers for exercise it is not always practical for cyclists or horse riders to make the most of these off-road routes.

Paul Tuohy, chief executive of Cycling UK, said: ‘In England and Wales, only about 20% of that [walking route] network is legally accessible for bikes and horses.

‘In 2020 the [England] Coast Path is due to be completed, which is why we’re announcing this weekend Cycling UK’s ambition for what should come next: an off-road Land’s End to John o’ Groats route open to everyone.’

A small group of riders from Cycling UK will try out the Dover to Land’s End route on Saturday as they ride some of the 150-mile North Downs Way.

The route from Land’s End to John o’ Groats will open in 2020, although cyclists will have to switch to minor roads for a tenth of the distance at first. 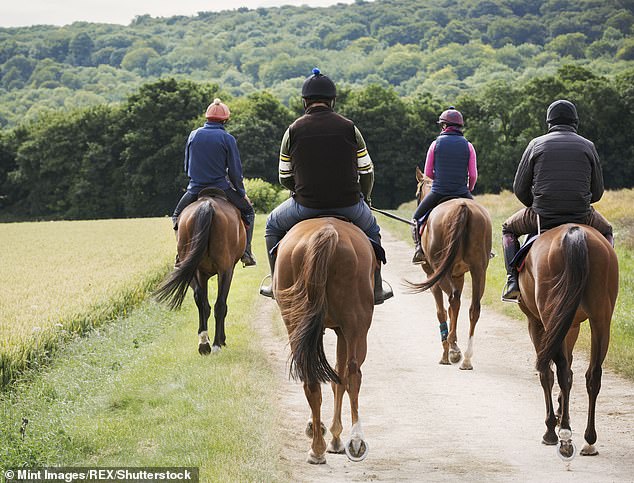 The England Coast Path, the longest of its type in the world, is also set to open in 2020 but only two of its trails can be used entirely by cyclists and horse riders. The planned 1000-mile route would mean everyone can make the most of off-road Britain (stock picture)

The England Coast Path, the longest of its type in the world, will follow all 2,795 miles of England’s coast.

It is one of 15 national trails, but only two — the Pennine Bridleway and South Downs Way — can be enjoyed in its entirety by cyclists and horse riders.

Duncan Dollimore, head of campaigns at Cycling UK, said it would take 15 years to completely open the last miles of the off-road route.

Mark Weston, director of access at the British Horse Society, said 230 horses and 39 riders had died in the past decade because they had been forced to use busy roads.