A deadly disease rising from the ground is threatening residents after Cyclone Marcus smashed the Northern Territory over the weekend.

Darwin was devastated by the huge storm on Saturday but residents are now being told to stay alert about the risks of melioidosis.

Three people have died in 38 cases reported in the NT wet season, Dr Peter Markey, acting director of the Centre for Disease Control, said on Monday. 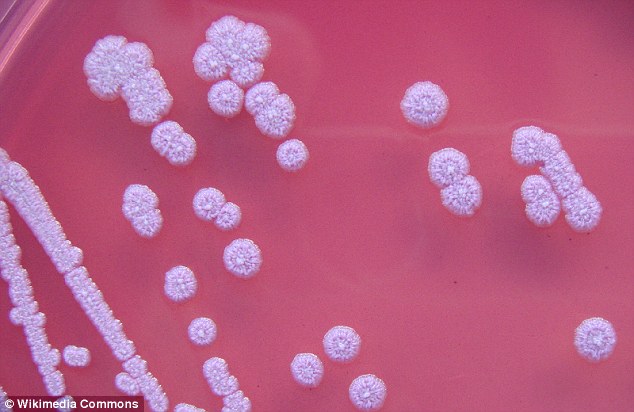 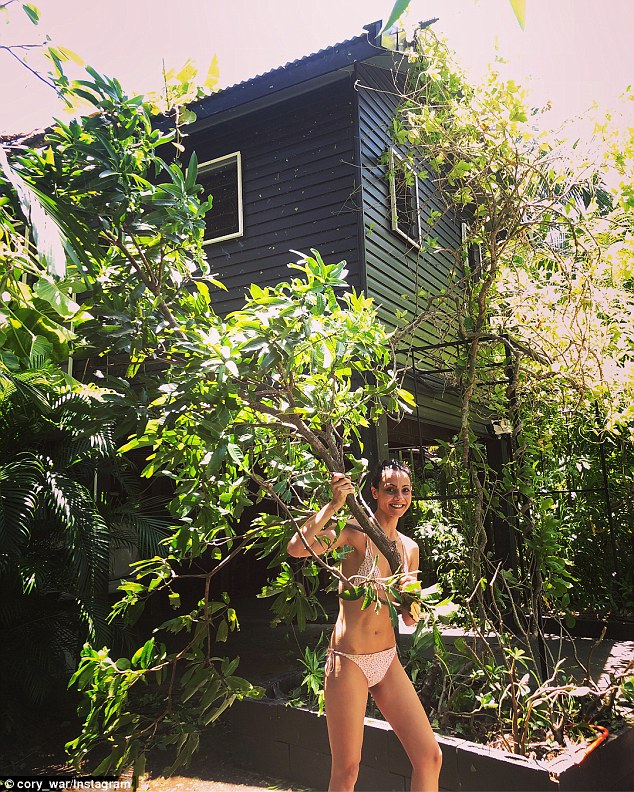 As the clean up begins in Darwin, health experts are warning about a potential killer released by the rain 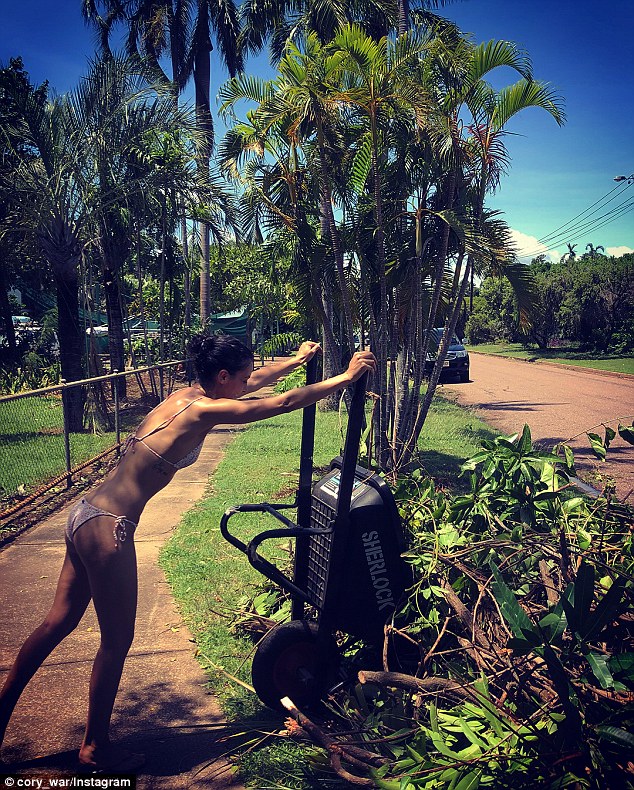 Cory War posted on Instagram pictures of her clearing up with the caption: ‘Get back up after the cyclone’ 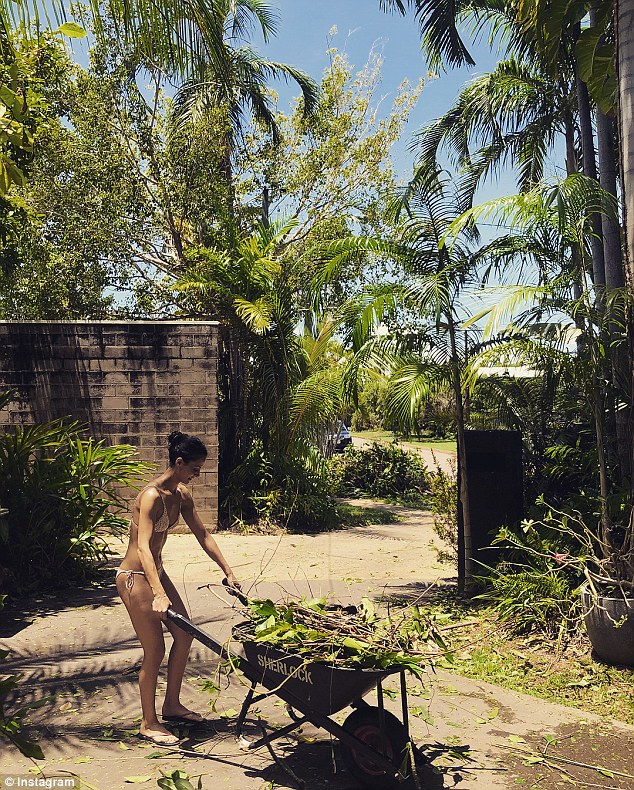 On average there are usually only around 50 cases in the entire year with symptoms ranging from pneumonia-like breathing difficulties, fever and headaches.

Slower developing symptoms can also include weight loss, sores and wounds which fail to heal and chest and abdominal pains.

Bacteria in the soil which causes the disease is triggered after heavy rains and flooding as leading health experts urge caution to people cleaning up their homes.

He said: ‘The bacteria live below the soil’s surface during the dry season and are found in surface water and mud and can become airborne after heavy rain. 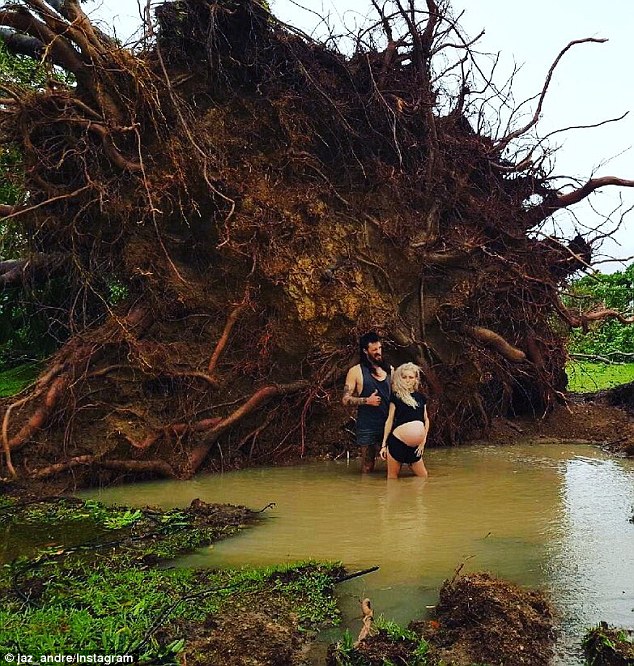 People are advised to stay out of the flood waters and especially to cover up sores, cuts and other wounds 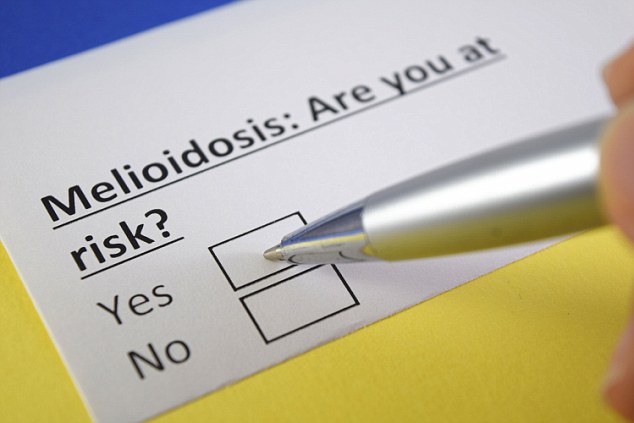 ‘Melioidosis is seen most frequently after heavy rain, and many Territorians will now be in the garden cleaning up after the cyclone so it is particularly important to protect against it at this time.’

He also warned people undergoing ‘steroid therapy or other immunosuppressive treatment’ needed to be particularly careful.

‘Healthy people can get the disease if they are working in muddy soil without good hand and foot protection,’ he added. 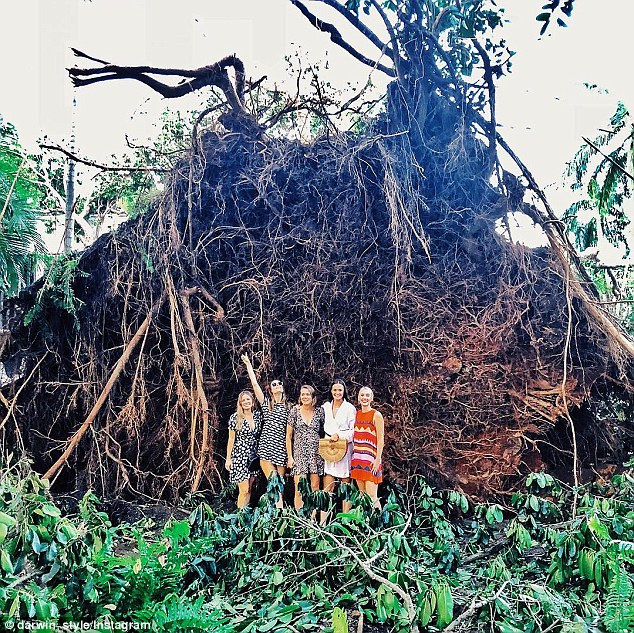 ‘Healthy people can get the disease if they are working in muddy soil without good hand and foot protection,’ Dr Markey said 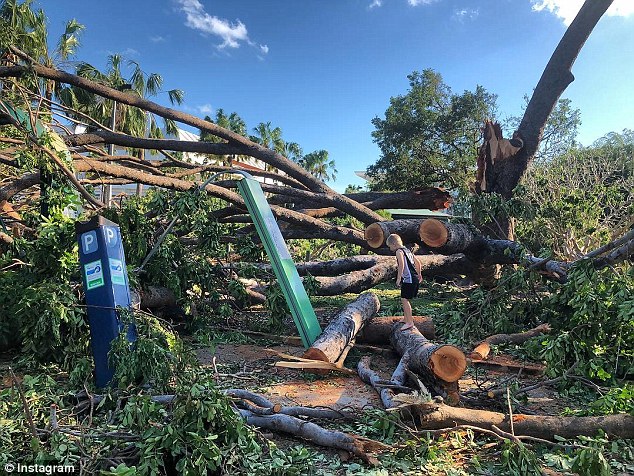 ‘The bacteria live below the soil’s surface during the dry season and are found in surface water and mud and can become airborne after heavy rain.

‘It can enter the body through cuts and sores in the skin, but acquiring the bacteria through inhalation of dust or droplets is also possible.’

It can remain incubated for up to 21 days and people infected usually fall ‘extremely ill’ within a few days, NT Health warned in a statement.

The advice is to ensure people wear appropriate clothing like gloves, closed shoes, long pants and sleeves and shower thoroughly as soon as possible after getting muddy. 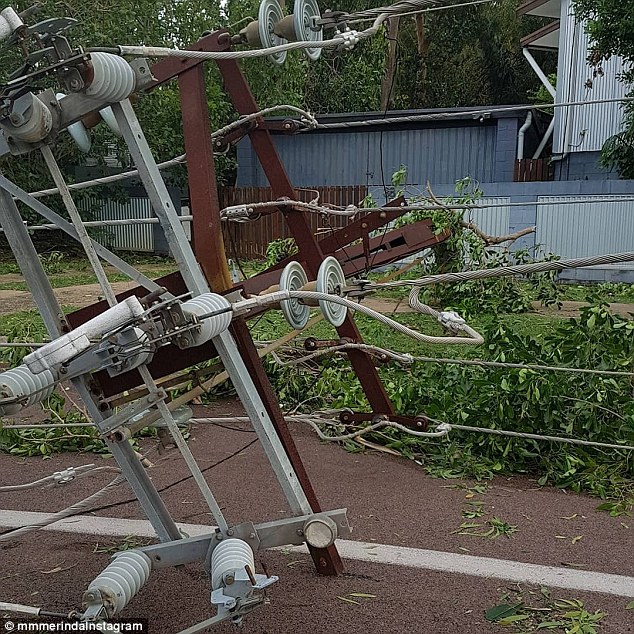 Around 25,000 homes were left without power as Cyclone Marcus battered the city

A similar warning was issued by health officials in Queensland during the recent rough weather and extensive flooding in the state’s far north.

It came as residents were told not to swim in muddy puddles despite it appearing like a fun thing to do in the flood waters.

Darwin was hit by 130km/h winds on Saturday uprooting trees and sending them rolling down streets. 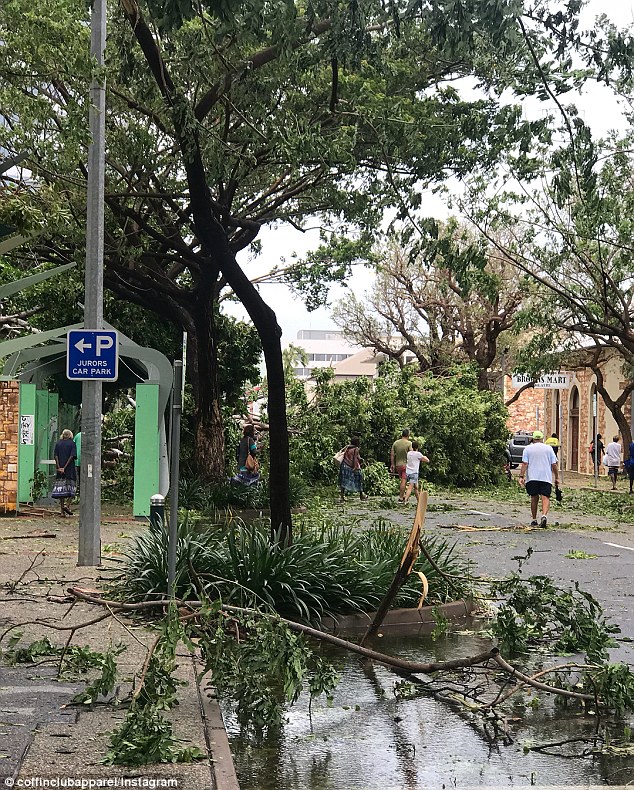 The category two storm moved away from Darwin and headed towards the Timor Sea on Sunday.

It was said to be the biggest storm to hit the capital city in 30 years and around 25,000 homes were left without power.

A boil water alert in the Darwin and Palmerston areas was lifted on Monday as conditions tried to get back to normal and the clean up continued.

People with concerns about the disease are urged to contact their local GP or hospital and can be treated with antibiotics.