Meteorologists are warning of a high probability of a tropical-like cyclone forming in off the coast of Greece, as gale-force winds continue to batter the country and force the closure of schools.

The Mediterranean hurricane, also known as a medicane, is likely to form in the Ionian Sea to the southwest of the Greek mainland tomorrow.

Holidaymakers in Greece and Turkey are bracing for torrential rain and winds of up to 100mph. 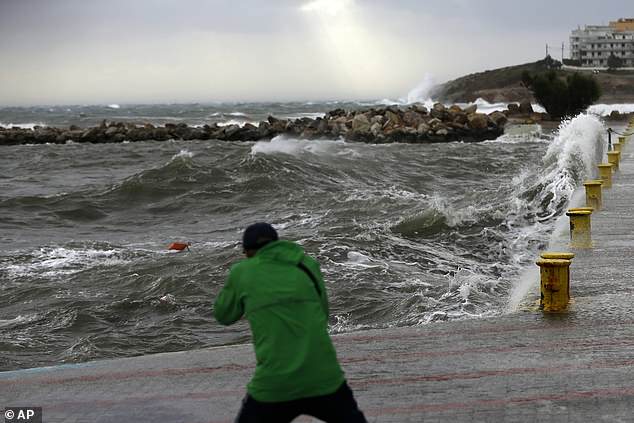 A man takes a photo of the waves at the port of Rafina, east of Athens. Forecasters warn this storm may reach the intensity of a Category 1 hurricane

Some parts of the island of Sicily and Greece could see three inches of rain, reported Weather.com.

Medicanes are tropical-like thunderstorms which occur once or twice a year.

Although most do not have hurricane strength, forecasters say this one may reach a similar strength to a Category 1 hurricane. 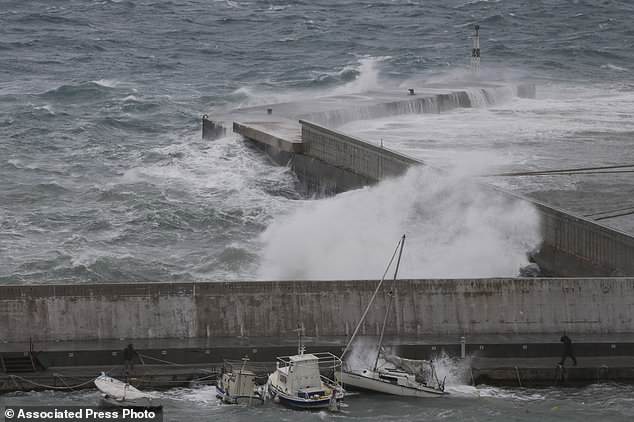 While this is the lowest on the scale used to measure hurricane intensity, storms at this level can still cause significant damage to weakly rooted trees, unanchored buildings or mobile homes.

BBC weather presenter Ben Rich explained last night that the storm is ‘driven in part by the very warm waters of the Mediterranean sea but also a blob of cold air high up in the atmosphere.’

The Medicane is set to strike tourist hotspots this week, with ferries stuck in ports today, severing islands’ connection to the mainland.

Trees have fallen on power lines in the capital’s northern suburbs, while the fire department said it received more than 350 calls to remove debris.

Authorities in the Saronic municipality near Athens, on the Ionian island of Zakynthos and the Aegean islands of Tinos, Andros and Mykonos ordered schools to remain shut. 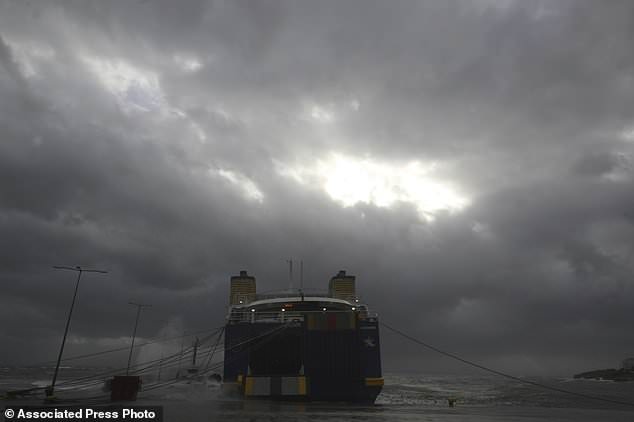 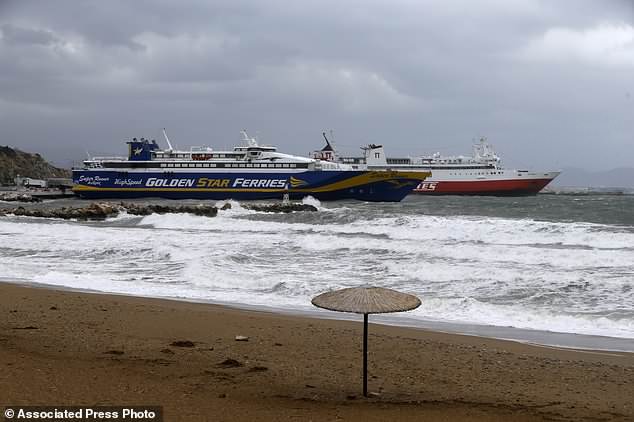 Ferries remain docked due to bad weather at the port of Rafina, east of Athens, on Thursday, September 27 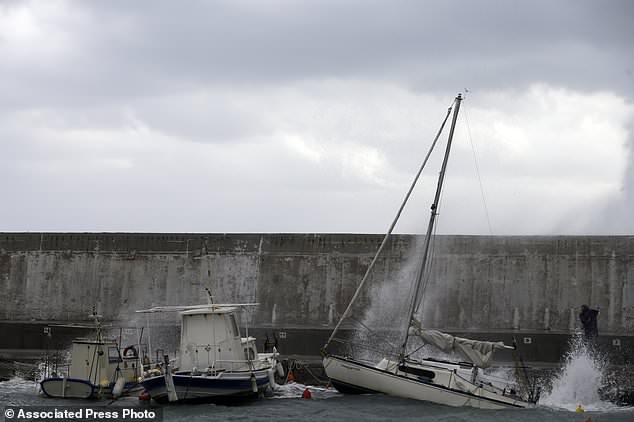 A man goes to secure his boat due to bad weather at the port of Rafina, east of Athens