D-Day veterans will travel to the 75th anniversary of the landings next year – on a cruise ship chartered by the Royal British Legion.

The Legion plans to treat 300 survivors, plus a guest or carer, to a voyage on the cruise ship Boudicca, which will ferry them in luxury to the Normandy beaches where they fought for our freedom in 1944.

There will be commemorative events in Portsmouth and Poole before the poignant pilgrimage across the English Channel.

The journey will cost the veterans nothing as it is being paid for by the Legion and the Libor Fund – money from fines paid by banks for manipulating interest rates.

Boudicca, named after the British warrior queen, is a luxury liner with capacity for 880 passengers and more than 300 crew. It has two swimming pools, two spas and five restaurants.

The voyage will begin at Dover on June 2, and the vessel will sail to D-Day events on the South Coast before heading over to Normandy on the anniversary itself, June 6.

The full programme, including events in France, will be announced in the New Year.

Bob Gamble, of the Royal British Legion, said: ‘Seventy-five years ago, the largest seaborne invasion force in history set sail for France on a mission to liberate Europe.

‘Today we stand in awe of their achievement and salute their bravery and sacrifice.’

Veteran Alan King, 95, a tank radio operator with the East Riding Yeomanry, said: ‘I’m looking forward to marking the anniversary with the prospect of travelling on the Legion’s chartered ship. 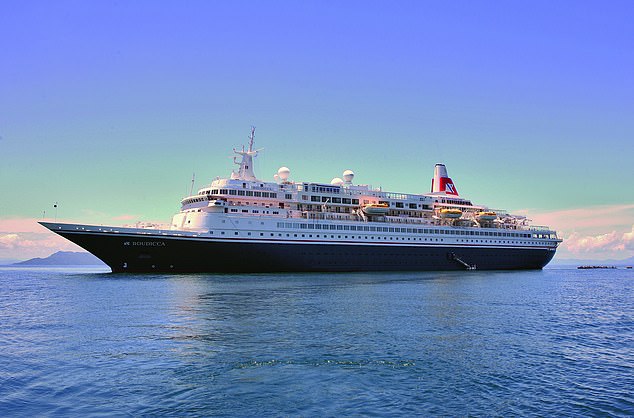 The 880-passenger cruise ship the Boudicca, owned by Fred Olsen Cruise Lines, will ferry 300 veterans and a guest or carer each to the beaches on which they battled in 1944

‘It provides me with the opportunity to meet other veterans and also ensure I can visit the grave, as I do every year, of my tank commander who was killed in action. I place my beret on his grave and salute him.’

Peter Deer, of Fred Olsen Cruise Lines, which owns Boudicca, said next June’s charter would be ‘poignant and moving’.

He added: ‘The voyage will follow the same path as the ships involved on this momentous day, and we hope that Boudicca will provide a comfortable setting in which to retrace those important steps.’

Other veterans will be returning to Normandy next year courtesy of the D-Day Revisited scheme, which has been organising pilgrimages for ten years.

The Allied invasion of Normandy, known as D-Day, took place on June 6, 1944, and involved more than 80,000 British and Canadian troops alongside US forces. 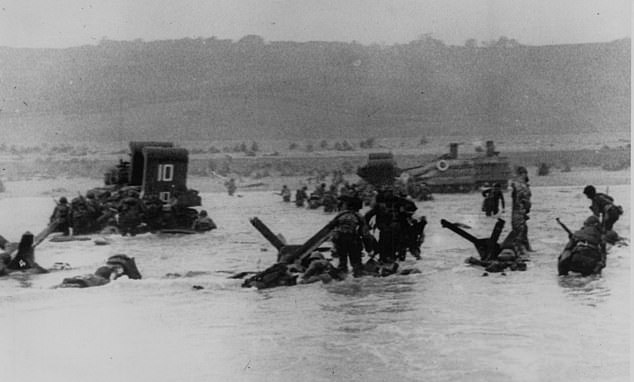 On June 6 1944 Operation Overload – the land invasion of Nazi-occupied Europe – involved more than 80,000 British, Canadian and Commonwealth troops alongside US forces

The invasion was the first stage in the liberation of Europe from Nazi occupation, which ultimately led to victory for the Allies in 1945.

On the 70th anniversary in 2014, veteran Bernard Jordan, 89, won the hearts of the nation by making his very own Great Escape, slipping out of his East Sussex care home and catching a ferry to Normandy to honour his fallen ‘mates’. Mr Jordan died aged 90 in 2015.

Veterans interested in travelling on the cruise liner should contact the Legion for an application form, to be returned by Monday, February 4. Each veteran will be entitled to travel with one guest or carer.

A ballot will be held if more applications from eligible veterans are received than the number of available spaces on the ship.