D.K. Metcalf explains hilarious reason why he was carted off in Seattle win vs. Detroit

Metcalf nearly gave the 12th man a panic attack in the fourth quarter as he was carted from the field, but not for the reasons you may conceive.

The Seattle wideout found himself in desperate need of the Ford Field restrooms, so, traveled in style.

D.K. Metcalf traveled to the Seattle locker room, needing the bathroom in the fourth quarter

The one-time Pro Bowler hilariously tweeted after the game: ‘That clinch walk wouldn’t have made it,’ followed by a laughing emoji.

‘Yeah, I mean I was hurting,’ Metcalf said postgame regarding his cart ride.

‘That was it. I had a little tummy ache, had to get it taken care of.’ 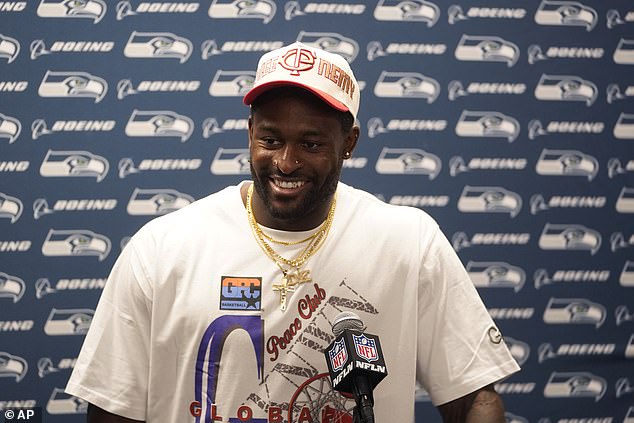 After his trip to the restroom, Metcalf had a dominant game for the visiting Seahawks who took care of business in Motown despite a fervent fightback from the Detroit Lions.

The fourth-year receiver was crucial in the 48-45 win, with seven catches for 149 yards — including a 54-yard reception in the second quarter.

It was the fourth most receiving yards Metcalf has had during his NFL career. 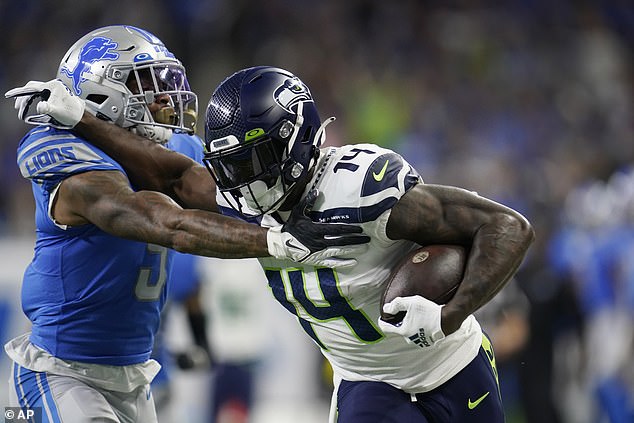 ‘DK had a great game,’ Seattle coach Pete Carroll postgame. ‘Making plays and catches, didn’t get in the endzone but he was moving the football up and down the field.’

The win moved Seattle to 2-2 on the season and they currently sit in third place behind the 2-1 Los Angeles Rams and .500 Arizona Cardinals in the NFC West.

LA face off against division rival San Francisco on (1-2) on Monday Night Football.