Dad and daughter, four, are found dead at bottom of cliff after hike fall in Canada

Dad and daughter, four, are found dead at bottom of cliff after hike fall in Canada: Girl’s stepfather claims it was murder-suicide after bitter custody battle

A four-year-old girl and her father have been found dead at the bottom of a cliff after a ‘hiking fall’ in Canada amid a bitter custody dispute with the child’s mother.

Keira Kagan and Robin Brown were found at around 11pm on Sunday in the snow-filled Rattlesnake Point Conservation Area in Milton, Ontario.

Halton Regional Police said they did not consider the deaths homicides ‘at this point’ but investigations are ongoing.

Philip Viater, who is the girl’s stepfather, says he and his wife Jennifer Kagan believe that Brown jumped off the cliff in a murder-suicide.

Keira Kagan, four, with her mother Jennifer Kagan and stepfather Philip Viater. Viater has said they believe Robin Brown, the girl’s father, killed her in a murder-suicide. He added: ‘We’ve been traumatized by this man for three years.’

Keira was at the center of a custody battle, court records dating back to 2016 show, with a new hearing scheduled for February 20. 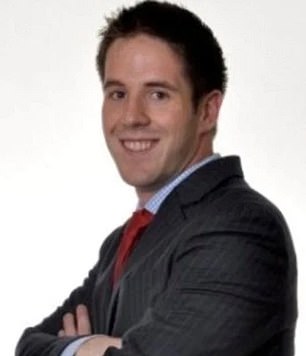 Robin Brown was found at the bottom of escarpment around 11pm on Sunday in the snow-filled Rattlesnake Point Conservation Area in Milton, Ontario

‘We’re not doing well,’ Viater told CTV News. ‘We go through a cycle of stages between sadness, confusion, anger, helplessness.’

The husband added: ‘We’ve been traumatized by this man for three years.’

Brown and Keira’s disappearance had triggered a massive search operation on Sunday and they are believed to have entered the snowy park some eight hours before they were found.

Halton police said the injuries were consistent with a fall.

Viater said the hiking narrative did not seem plausible. ‘Keira’s never been hiking in her life to the best of our knowledge.’ He told CTV. ‘When you take Keira out for Halloween, she trips 20 times going down the street. She asks us to carry her all the time.’

Kagan had brought a court motion late last month calling for an urgent suspension of Brown’s access to the child, to only give him supervised access.

The father had custody of Keira on alternating weekends, Sunday’s fatal outing being part of that time. 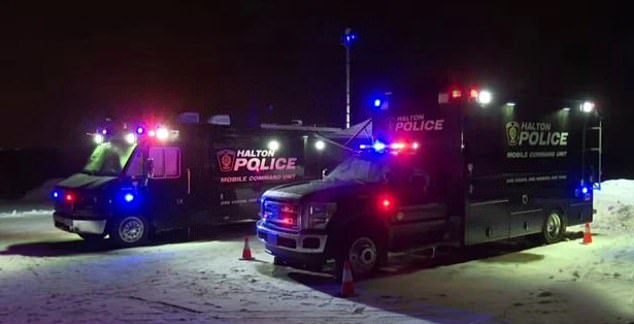 Halton Police trucks at the scene on Sunday night. Officers said the injuries were consistent with a fall and said there was no indication of homicide, although investigations continue

Kagan, a doctor, and Brown, an engineer, were married in 2013 before splitting three years later.

Kagan subsequently remarried to Viater and the pair have a son, Keira’s younger half-brother, Joseph.

Keira’s grieving mother described her as ‘an absolute angel’ who doted on her little brother as ‘the most tender and sweet big sister.’