Dad confesses ‘childish’ feelings of jealousy of his wife

A South African father is gaining praise online for writing a frank post about feeling jealous of his wife.

AfroDaddy blogger Terence Mentor, who lives in Cape Town with his wife and two sons, posted a photo of himself with his youngest son, two-year-old Eli, on Monday.

In the caption for the photo, Terence made the pained admission that his little boy is most definitely ‘totally his mother’s child.’ 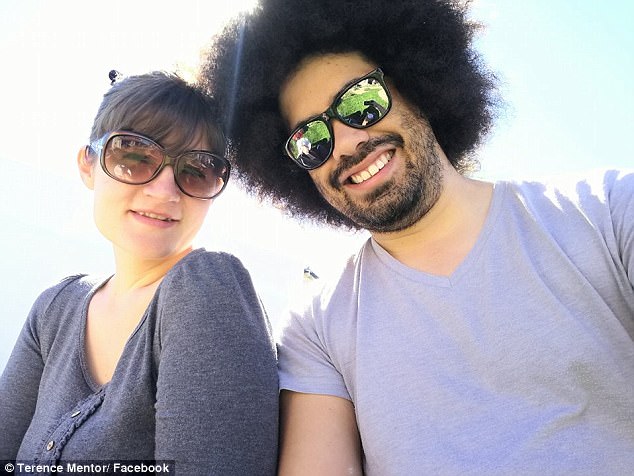 The team: Terence and his wife have two young boys, including two-year-old Eli and three-year-old Liam

He added: ‘I honestly found their immediate and intense connection beautiful, but even more honestly… it made me jealous.’

Every he would try to comfort his son, Eli would break his heart by stating: ‘No, I go to mommy.’

Terence admitted in the post that he was aware that being jealous is ‘silly and childish’ but that the jealousy was very real.

But then, over the last few months, things have started to change. Terence reported that his son has become more comfortable with him and ‘occasionally would actually choose me over mommy!’

He was happy over this turn of events. Too happy, Terence thought.

‘Anyway, this trend has continued – and then last night, while he was asleep on his mother’s chest (the only place he has always found comfort for the last two years), he got up and, still asleep, cuddled into me,’ he wrote. 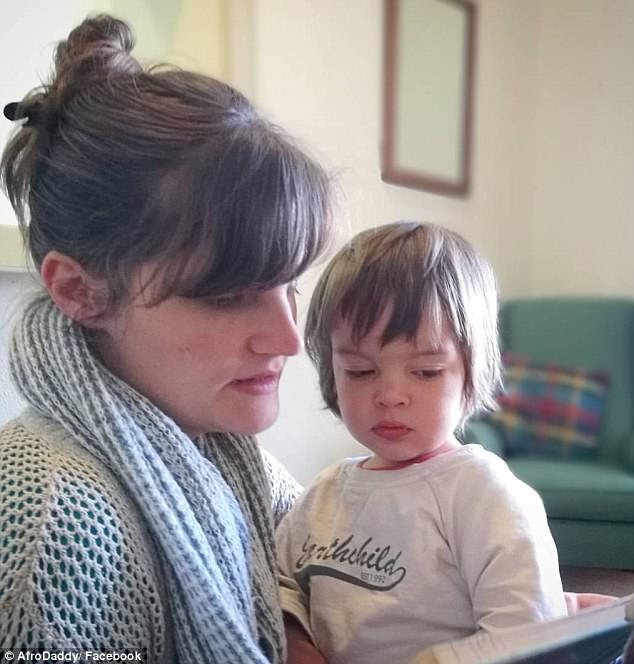 Snuggled up: Terence recalled feeling distressed after multiple moments when his son told him ‘No, I go to mommy,’ when he needed comfort 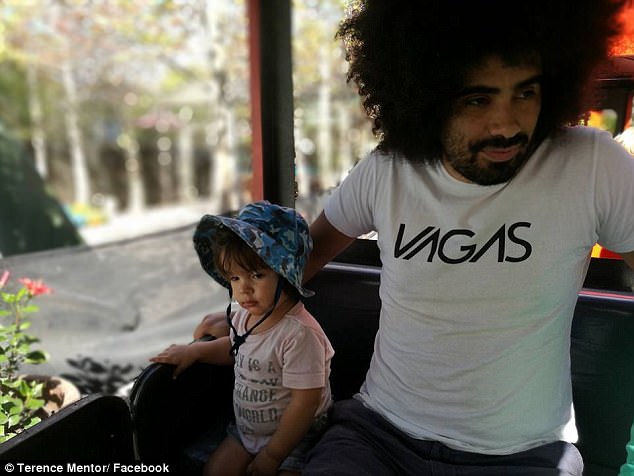 Coming through: Terence also admitted to feeling a little too happy when his son started choosing him over his wife

‘This child, who would cry when I so much as looked his way, came to me for his comfort and calm. Not going to lie…I got a little teary eyed.’

He added: ‘Is there a lesson here? Yeah ― being a dad is hard, but every bit of emotional and physically [sic] energy that you use can be repaid to you in an instant.

‘So maybe you are a parent going through what I have been going through. Keep going. Keep pushing. It will be worth it.’

Terence’s post has since gained plenty of attention, with plenty of other parents praising him for being open about his feelings.

In a conversation with the Huffington Post, he explained that: ‘I really hope that my post will encourage dads to talk more, and internalize less.

‘We seem to be very good at that, but if we want our children to be emotionally healthy adults, we need to start talking!’