Dad fears his son, 14, was snatched by paedophile gang

A distraught father says he believes his son was kidnapped by a paedophile gang as the tenth anniversary of his disappearance approaches.

Andrew Godsen was just 14 when he vanished after skiving from school in Doncaster and getting on a train to London.

He was last seen at King’s Cross Station on September 14, 2007, having withdrawn £200 from his bank account and packed his bag.

Andrew’s father Kevin now believes crucial leads – including his fear that a child sex ring was involved in his abduction – were not followed up.

Instead, he told the Sunday People, they fixated on accusing him of being involved, meaning crucial time was lost.

Kevin, 51, said: ‘It’s one of the horrifying thoughts that goes through your head even though you don’t want it there.

‘I feel that he was going to ­something and, somewhere along the line, he fell foul of somebody.’ 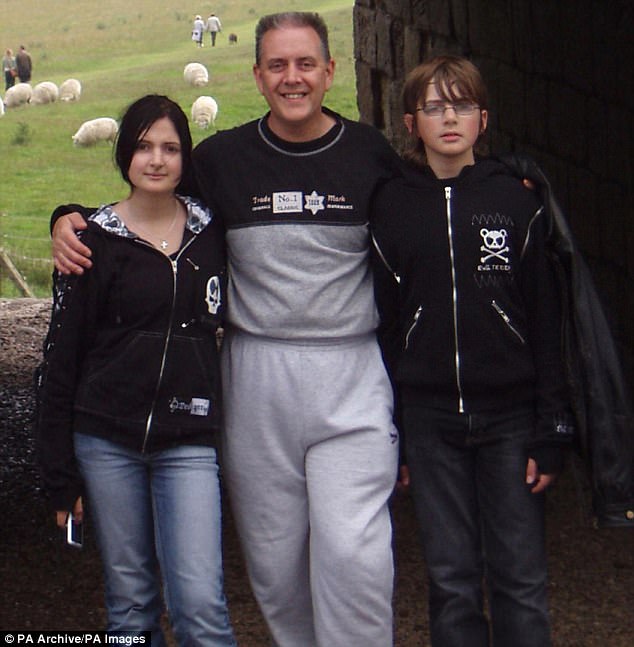 Happier times: Kevin Gosden (centre) pictured with daughter Charlotte and son Kevin, who has been missing for nearly a decade 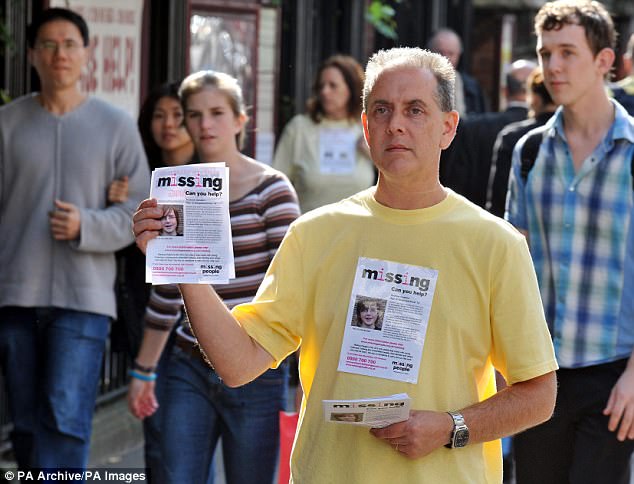 Kevin said that police fixated on accusing him of involvement in Andrew’s disappearance, driving him into a deep depression

He said he was also driven to the point that he attempted to kill himself, and was in no mental state to properly raise his daughter Charlotte, now 26.

The father said: ‘But because of my mental state after Andrew ­disappeared I was unable to be the dad I wanted to be while Charlotte was still at home.’ 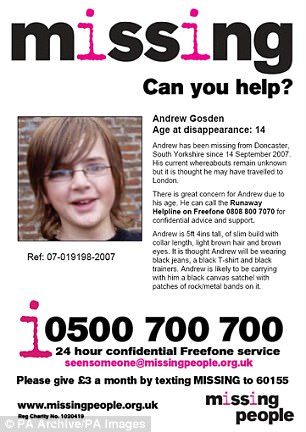 Kevin and wife Glenys thought their son had headed to London to ‘broaden his horizons’ and indulge his passion for visiting museums.

The Gosdens were both working as speech therapists when Andrew disappeared.

Kevin gave up work because he couldn’t ‘think straight’ and has struggled with depression ever since.

Andrew, who was predicted straight A*s in his GCSEs, had been earmarked for the government’s Gifted and Talented scheme, which aims to stretch top students.

He disappeared eight days into the new school term and was last seen on grainy CCTV footage leaving King’s Cross station – the only confirmed sighting of him.

In behaviour completely out of character, he had pretended to leave for McAuley Catholic High School as normal, returning home to get changed and then get a train to London. 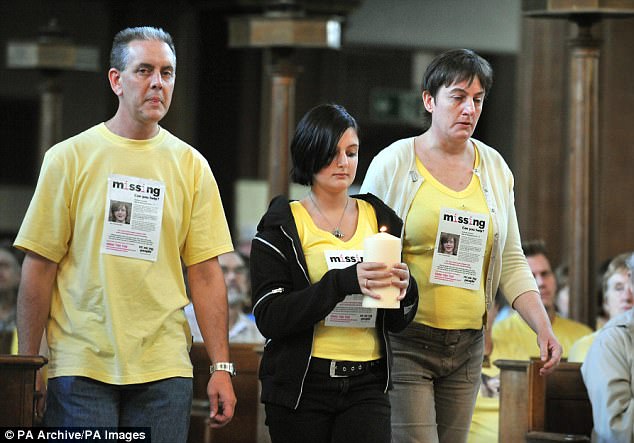 Kevin Gosden (left), with daughter Charlotte (centre) and wife Glenys (right), carry a candle to the Altar of St James Church in Piccadilly, central London, where a service to mark the one year anniversary of his 14-year-old son’s disappearance