A dad who missed the deadline of Queensland’s border closure is stuck camping under a tree in New South Wales with nothing but a doona and a pillow.

The Sunshine State shut their border to NSW and the ACT at 1am on Saturday after it was declared a coronavirus hotspot by Premier Annastacia Palaszczuk.

Clinton Wass attempted to return home to the Gold Coast on Sunday but was turned around at the Coolangatta checkpoint.

Without other options, the Queensland father has now spent the past five nights sleeping rough in a park next to the M1 in Tweed Heads, Nine News reported.

‘I’d like any one of those politicians to give it a go,’ he said.

Motorists who are essential workers and residents from a Tweed Shire border zone have exemptions which allow them to drive across the border.

All other travellers wishing to enter Queensland from NSW after required to fly and must foot the bill for their two-week hotel quarantine.

But Mr Wass said he can’t pay for a flight let alone the mandatory hotel quarantine because he only has $10 in his wallet.

‘Basic human rights is the right to have shelter and food and clothing,’ he said.

‘I’ve got all that but it’s just over there, about a hundred kilometres, under an hour away and they won’t let me.’

Mr Wass was given the pillow and doona from a charity in NSW.

On Thursday, Ms Palaszczuk said her state’s border will remain closed to ‘hotspots’ Victoria and NSW.

‘The danger is still on our doorstep,’ she said on Thursday.

The premier said she would not put the safety of Queenslanders at risk and the borders would remain closed for as long there was community transmission of coronavirus in the southern states.

Travellers continue to arrive in Queensland in extraordinary numbers despite the state’s tough border controls, according to police. 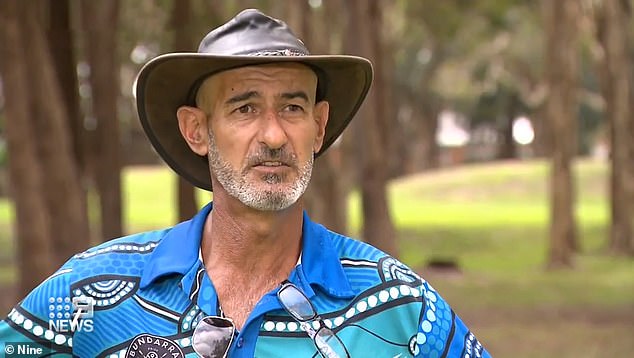 Travellers wishing to enter Queensland from NSW after required to fly and must foot the bill for their two-week hotel quarantine. But Mr Wass said he can’t pay for a flight let alone the mandatory hotel quarantine because he only has $10 in his wallet

Officers checked 65 flights with more than 2,600 passengers at Queensland airports on Thursday, with five people refused entry and 142 quarantined.

On the roads, police stopped 4,575 vehicles at the border, turning around 253 and ordering 54 people to self-isolate.

Numbers in mandatory hotel quarantine have swelled to 2900 people.

‘These are challenging times.’ 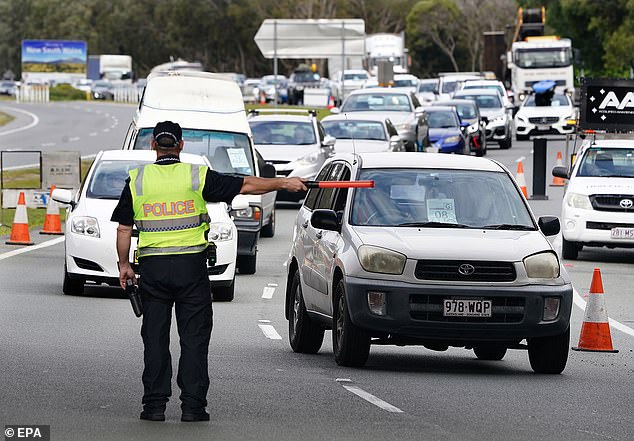 Pictured: Motorists approach a checkpoint at Coolangatta ahead of the Queensland border closure