Dad loses his licence and cops a $2,020 fine for riding his scooter on the footpath on Bondi Beach

Extraordinary moment highway patrol cops pull over a dad and his son riding an electric scooter on Bondi’s famous promenade – fining him $2,020 and suspending his licence

A father was stunned when he was pulled over by highway patrolmen for riding his scooter along the Bondi Beach promenade.

Artem Kozmin, 38, jumped behind the wheel of his electric scooter in Sydney’s east about 10am on Tuesday morning.

Mr Kozmin was sitting on the back of the scooter – with a red cap on – while his son stood at the front wearing a helmet.

Pulled over: Sydney father Artem Kozmin was fined after riding his scooter along Bondi Beach’s famous promenade on Tuesday 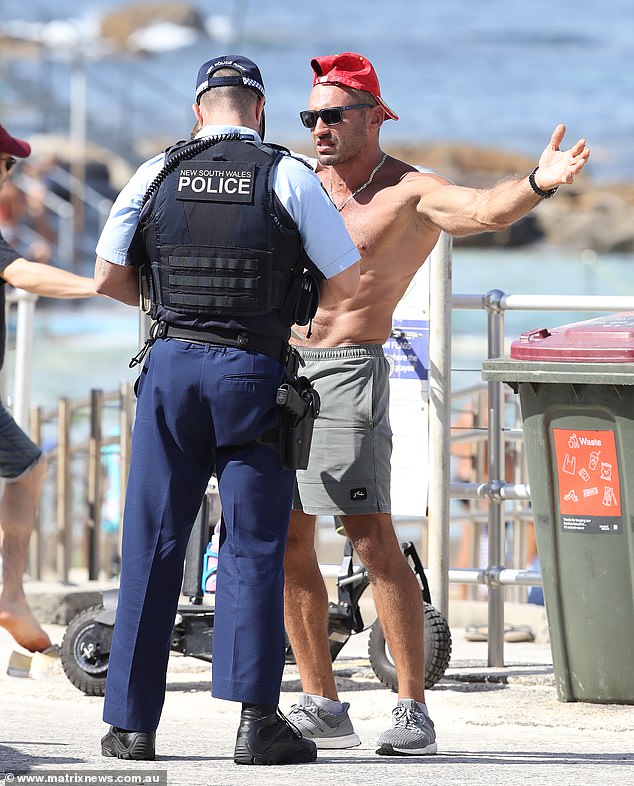 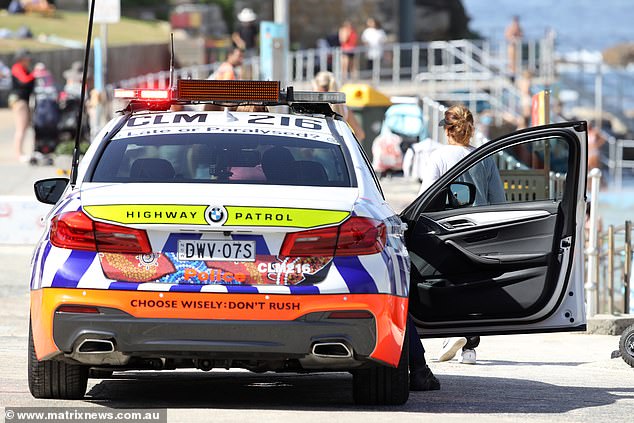 Mr Kozmin wasn’t far along the popular promenade when he was pulled over by a highway patrol car.

Officers fined Mr Kozmin $2020, claiming he had been riding an unregistered and uninsured vehicle, was riding on the footpath and had failed to wear a helmet.

An agitated Mr Kozmin is understood to have disputed the decision while a passerby snapped photographs.

When police were asked why officers had pursued Mr Kozmin, a spokesman said the scooter was unable to be registered or insured.

‘Police, being aware the scooter does not comply with road transport legislation … followed after the rider to stop him,’ a spokesman said. 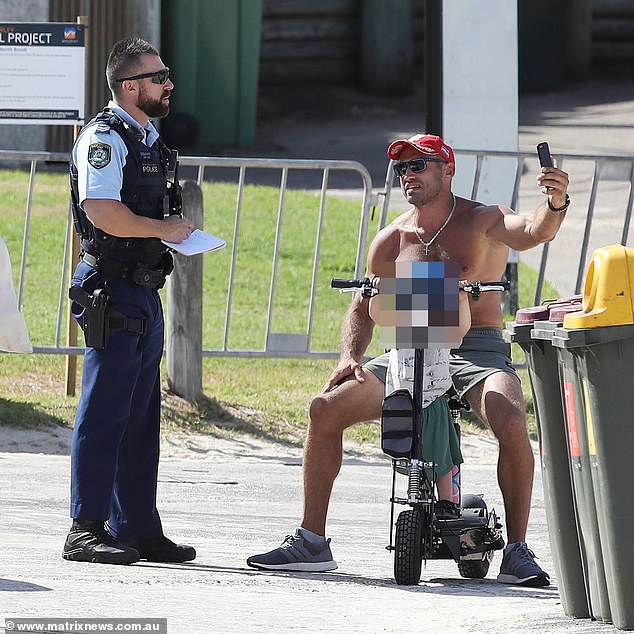 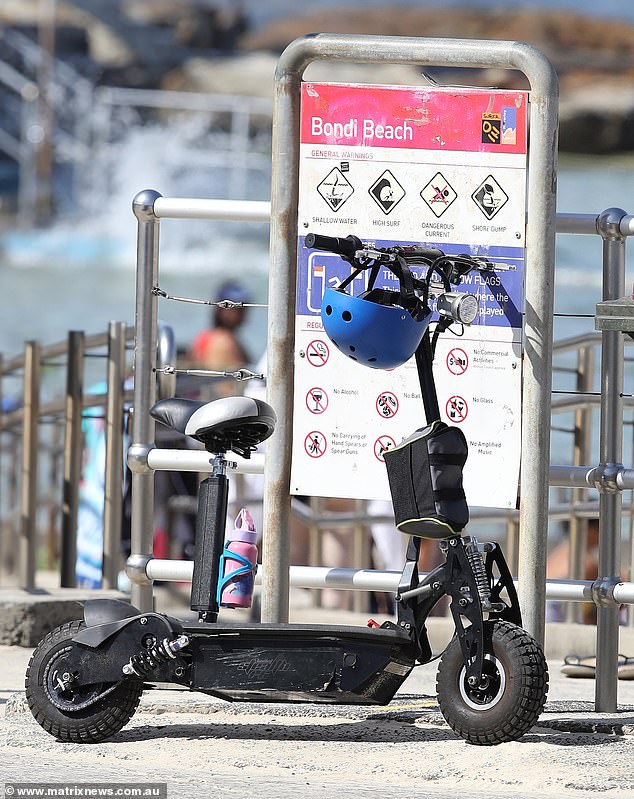 His scooter was unregistered and uninsured, a police spokesman said 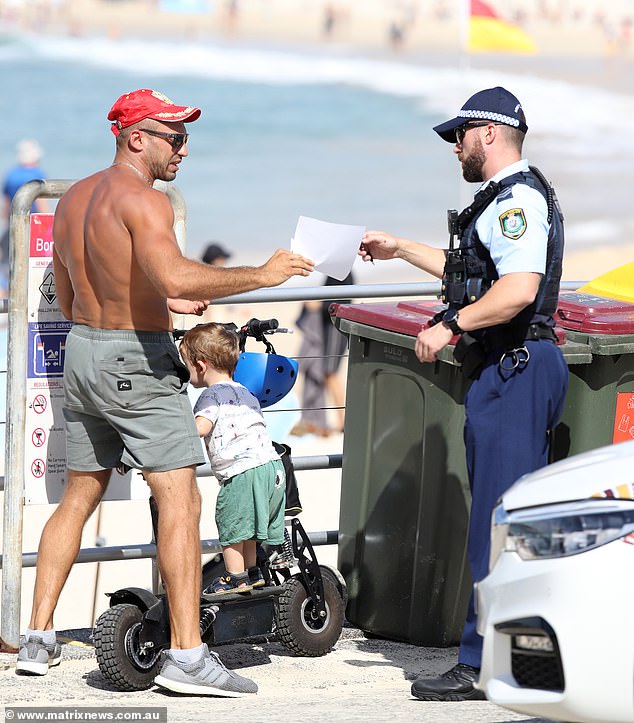 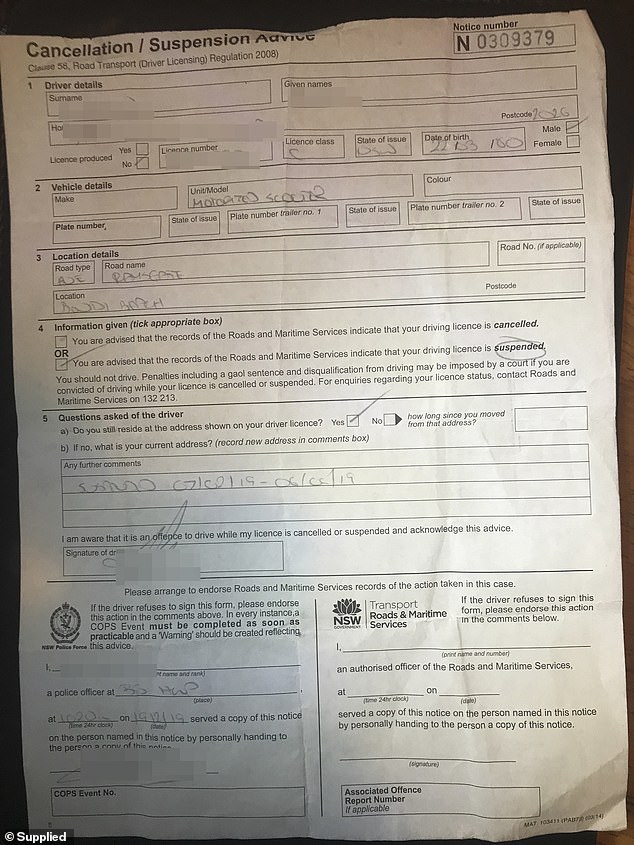 The cancellation advice as provided to Daily Mail Australia

Police said their checks showed Mr Kozmin already had a suspended riders’ licence but he told officers he was unaware of the suspension.

The patrolmen then handed him a notice making it clear his licence was suspended.

The local council hopes to begin a multi-million dollar upgrade to the Bondi Pavillion this year.