The father of the Little League World Series player who seriously injured his head when he fell out of his top bunk in the dorms said there is a chance his son can make a full recovery when he returns home to Utah.

Jace Oliverson told The Associated Press on Sunday night his 12-year-old-son, Easton, was expected to fly back Tuesday to Utah and will remain in a hospital there.

‘I’m just grateful that he’s still alive because I was pretty much told he had a zero percent chance to live,’ Oliverson said. ‘We feel very fortunate.’

Easton Oliverson, a pitcher and outfielder for the Snow Canyon team out of Santa Clara, Utah, suffered the injury Monday.

‘There is a chance of a full recovery,’ Oliverson said. ‘It’s just a matter of how long and the therapy that he’s going to receive. We’re just asking for prayers. Continuous prayers.’

The Snow Canyon team, the first ever from Utah to make the Little League World Series, was eliminated from the tournament on Sunday with a 10-2 loss to the team from Iowa.

The father of the Little Leaguer Easton Oliverson (above), who seriously injured his head when he fell out of his top bunk, said there is a chance his son can make a full recovery

Oliverson said the traumatic week ‘most definitely played a part’ in the two losses.

‘I feel bad that this incident with East had to happen and it kind of put a damper on their week,’ Oliverson said. ‘It was the first time Utah’s ever been here, done that. It’s a big deal, especially in Utah.’

The Oliverson family has kept Easton’s condition continuously updated on social media with photos of the boy – in a wheelchair and wearing baseball T-shirts – posing for pictures with his family and friends. He watched the team’s first Little League World Series game from his hospital bed dressed in his team gear.

Easton can communicate with his parents and a video attached to recent posts also showed him drinking and feeding himself and taking his first steps since surgery. 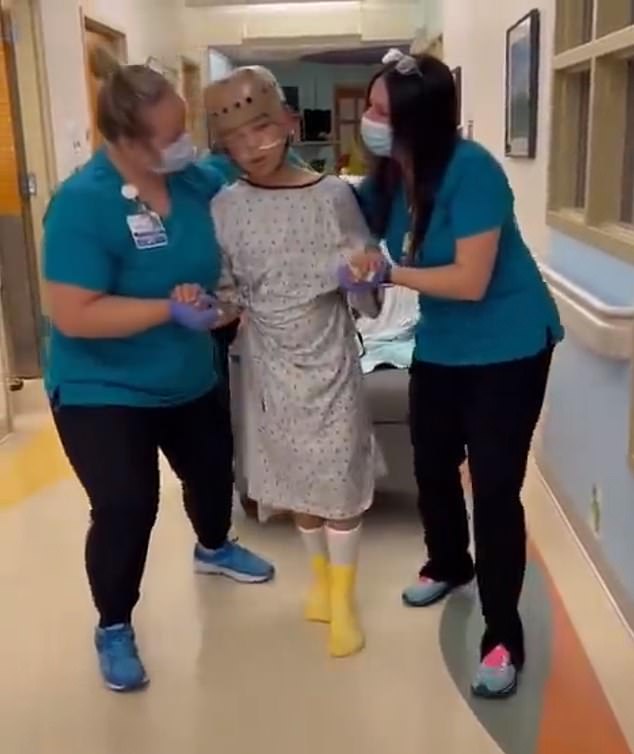 ‘We want to show that modern-day miracles can still happen,’ Jace Oliverson told the AP. ‘Our message the whole time is to remind people that we have a loving, Heavenly Father and a savior who wants us to be happy. If we just go to them in prayer, anything is possible, and we’re seeing that with Easton.’

The family has set up a Venmo account for the kid nicknamed ‘Tank’ to help with bills and expenses.

Mark Ence, the manager for Snow Canyon, representing the Mountain Region, FaceTimed with Easton on Friday.

‘I’m not familiar with the recovery process of that sort of injury,’ Ence said. ‘But he definitely is improving and the family wanted to let everyone know that they are grateful for the thoughts and prayers and they feel like the prayers are working.’

Oliverson wore team identification badges for himself and Easton as Snow Canyon walked into Historic Bowman Field for the MLB Little League Classic between the Boston Red Sox and Baltimore Orioles. 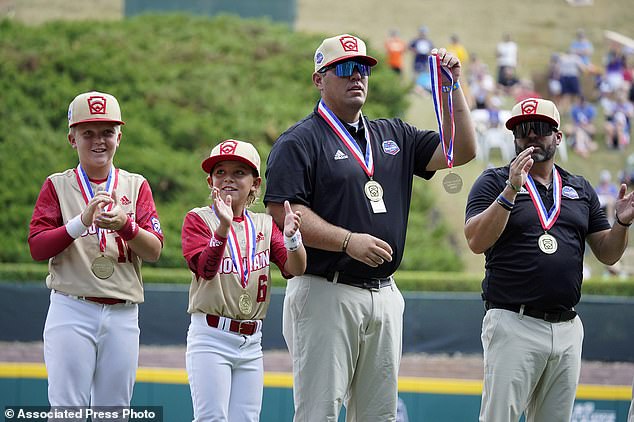 Jace Oliverson (center) father of the Little Leaguer holds Easton’s medal, with his other son, Brogan Oliverson (6) at his side 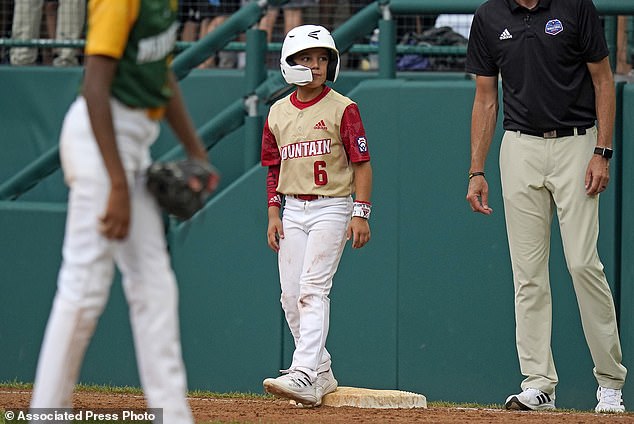 Utah’s Brogan Oliverson stands on first base as a pinch runner during the fifth inning of game against Davenport, Iowa 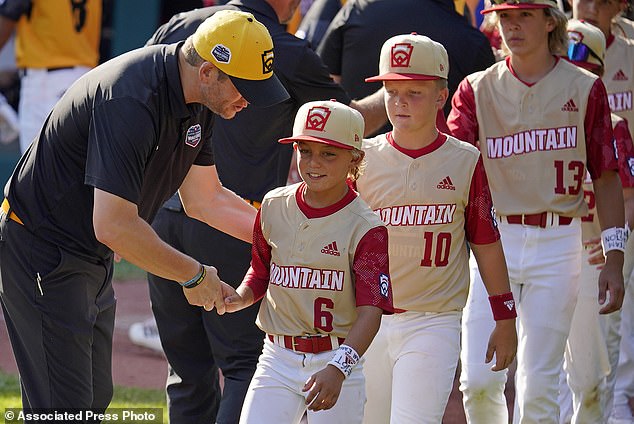 ‘We just want to relax and have some fun,’ Jace Oliverson said before the MLB game. ‘It’s been a crazy week.’

The Oliverson family has received an outpour of prayers and support from everyone – from baseball fans to professional athletes.

One of the biggest names to show support has been Los Angeles Dodgers star outfielder Mookie Betts.

‘Hey Easton, this is Mookie Betts,’ the two-time World Series winner began. ‘I just want you to know that we are praying for you, thinking of you, and I hope to see you soon, my man.’ 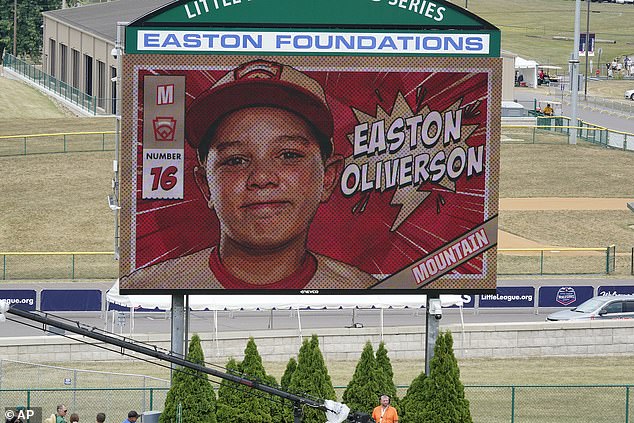