Epic save! Dramatic moment dad catches his baby son just in time as he climbs over his crib and falls out head first

A father from California managed to save his son from tumbling out of his crib and slamming into the floor head first, just in the nick of time.

The dramatic moment was caught on a Nest camera located in the kid’s bedroom.

The footage starts with the lights off and the toddler standing at one end of the crib at the Los Angeles home. 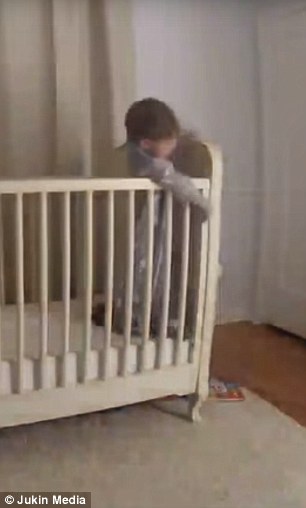 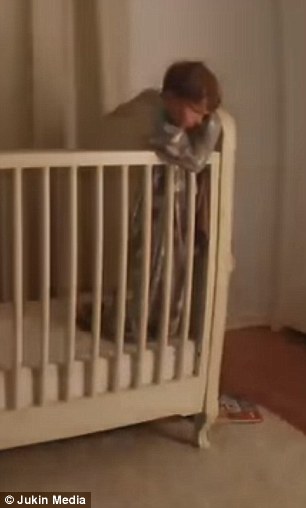 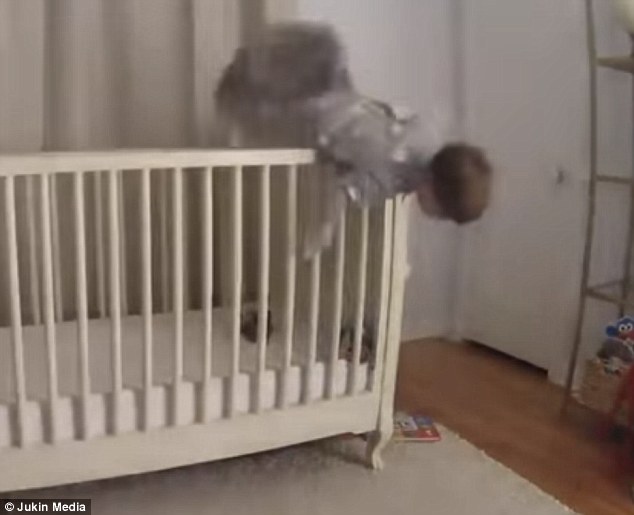 Seeing that his son appeared to be up and awake, the boy’s father went into his bedroom to take a look.

No sooner had he switched on the lights in his room, the boy suddenly began to move and lean over the side of his crib.

In an instant, he appeared to lose his balance and went head over heels. 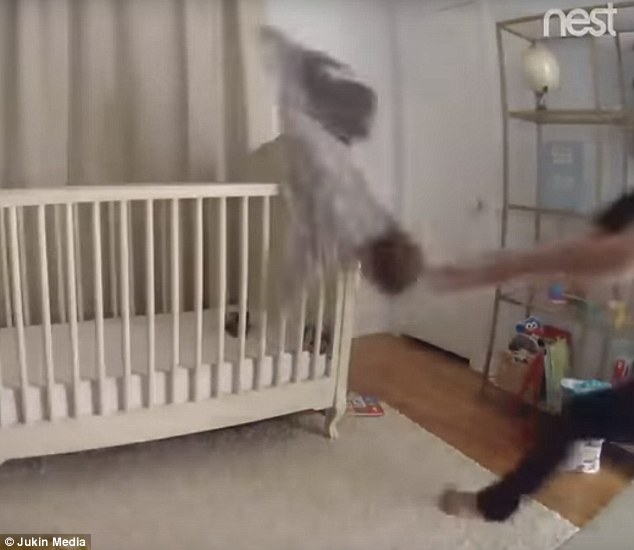 He quickly lost his balance and fell over the side but his father was on hand to catch him, right 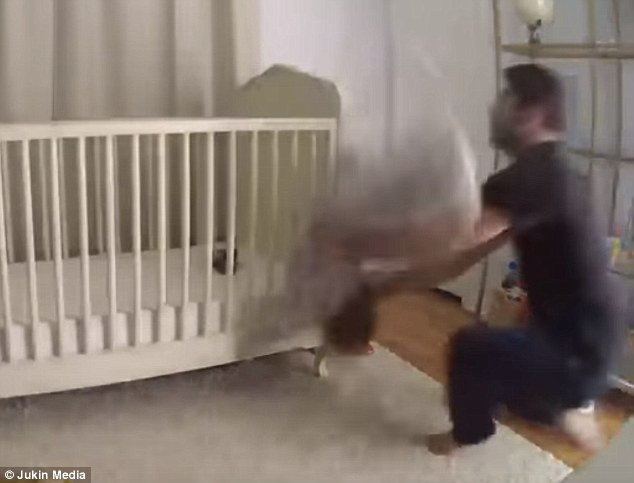 The dad rushed in and in an incredible move managed to catch his son before he slammed into the ground.

Afterwards, the two sat on the ground as the dad clearly realized what a close call it had been.

His son, meanwhile, appeared to be totally unfazed about what just happened. 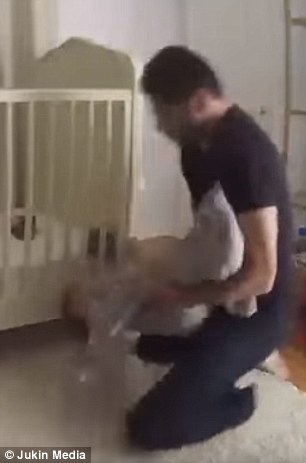 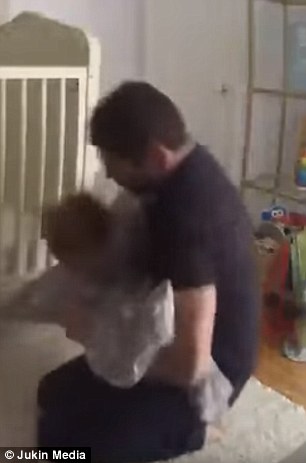 Incredibly, the father’s lightning-fast reactions managed to save the boy from hitting the floor