A desperate father has opened up about his family’s struggles coping with their young son as he battles a meth addiction.

Perth man Murray Kinnane told Daily Mail Australia it’s felt as though he has been living in a horror movie for almost six years.

His son Jaxon Kinnane was just 15 when he began experimenting with meth, and his behaviour soon spiralled and he quickly turned violent and erratic.

Now 20, Jaxon has tried to kill himself twice by overdosing and has done several unsuccessful rehab stints. 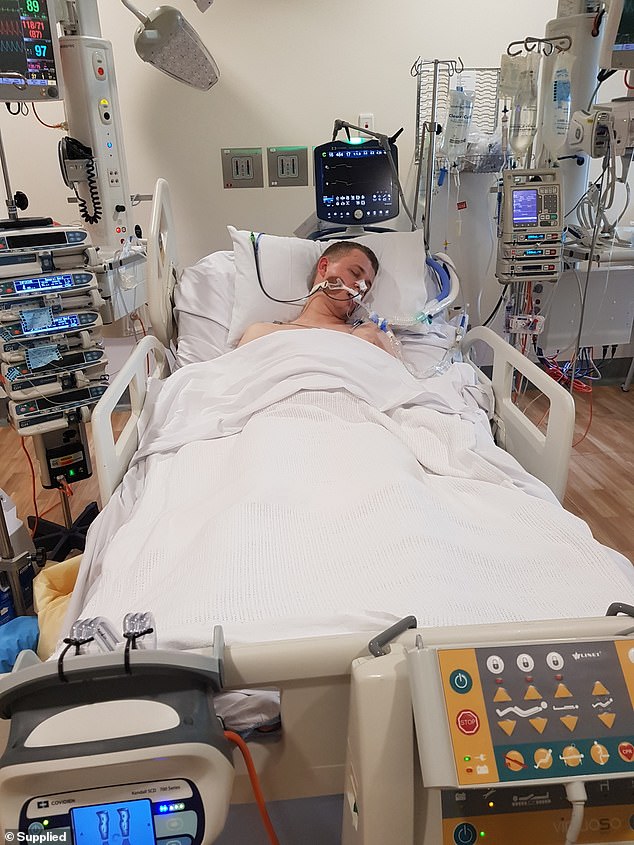 Jaxon (pictured) has been on life support twice after overdosing. He has also had numerous rehab stints due to his addiction

‘The problem with psychosis from meth, someone can be reasonably normal one minute and then you say one wrong thing and they explode.

‘Like a scene out of The Exorcist you don’t know when the foul-mouthed creature is going to lash you next.’

Mr Kinnane said Jaxon would suddenly turn into a monster in the blink of an eye.

The once sport-loving kid with a cheeky grin now has his family living in fear due to his erratic behaviour.

‘He’s violent against the family, he hallucinates. He’s been walking around the house with garden sheers. He’s hallucinated that someone was across the road on the roof with a gun aimed at him,’ Mr Kinnane said.

His mother and two sisters have been forced to carry pepper spray and the two girls have also had locks installed on their bedrooms out of concern for their safety.

Jaxon was jailed in 2018 for knocking his mother unconscious during a drug-fuelled rage. 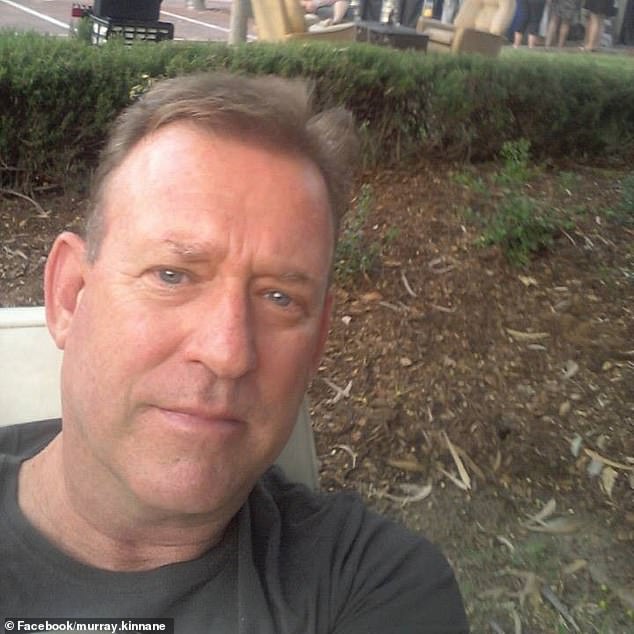 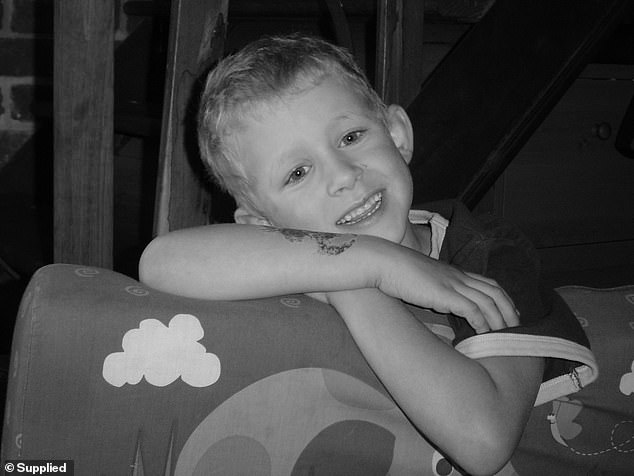 Jaxon (pictured) was a sport-loving little boy with a cheeky grin, but at 15 he experimented with meth and suddenly his ‘sparkle’ disappeared 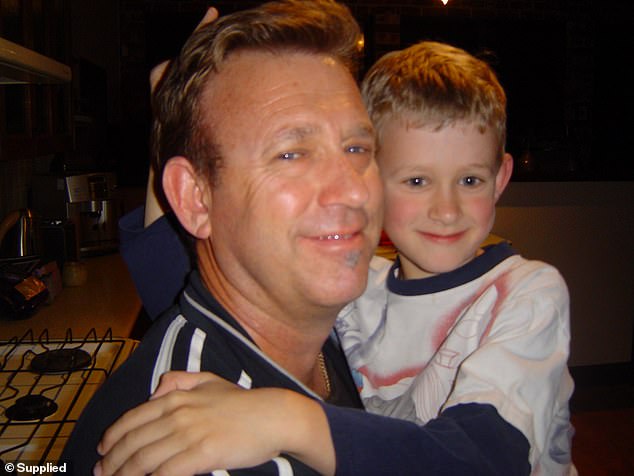 And while the family did not want to see their son in jail, it was the best place for him at the time, Mr Kinnane said.

Mr Kinnane said he saw his son slip into drug addiction as a teenager but there was nothing they could do to help him.

‘He walked in one day and I looked in his eyes and I could see the sparkle was gone. I thought “we’re in a bit of trouble here”.’

He believes his only son turned to drugs after falling in with the wrong crowd at a local skate park as an impressionable teenager.

‘He started going down to the skate park, and trying not to be a helicopter parent, I said okay. Well, at least he’s being social,’ Mr Kinnane said.

He later found out that at the time there were ‘cool’ people befriending kids and enticing them to take drugs with the intent to get them to sell.

‘It starts with someone offering kids cigarettes … and then what would happen is eventually they might offer them marijuana,’ he explained.

He claimed that some of those dealers allegedly laced marijuana joints with ice so that the kids became addicted to the substance from an early age.

Mr Kinnane said he believed many of the kids went on to sell ice to feed their addictions after getting a taste of the powerful drug.

They have tried tough love – kicking him out of their home, but he returned weeks later ‘looking like a prisoner of war’.

‘He came back emaciated. He just can’t take care of himself,’ Mr Kinnane said.

Mr Kinnane has been campaigning for an overhaul of the WA judicial system and the way it treats drug addicts.

He wants compulsory rehabilitation to be introduced in the state.

‘I’m hoping at some stage, if we can keep him off the stuff long enough, he’ll realise the mistakes he’s made and maybe turn his life around, get a job and have a happy life.’ 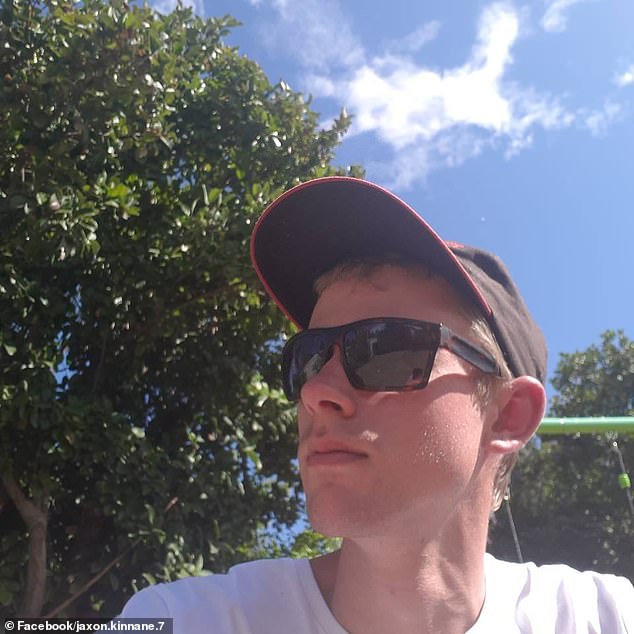 Jaxon Kinnane (pictured) was just 15 when he began experimenting with meth. His behaviour spiralled over the next five years and he quickly turned violent and erratic 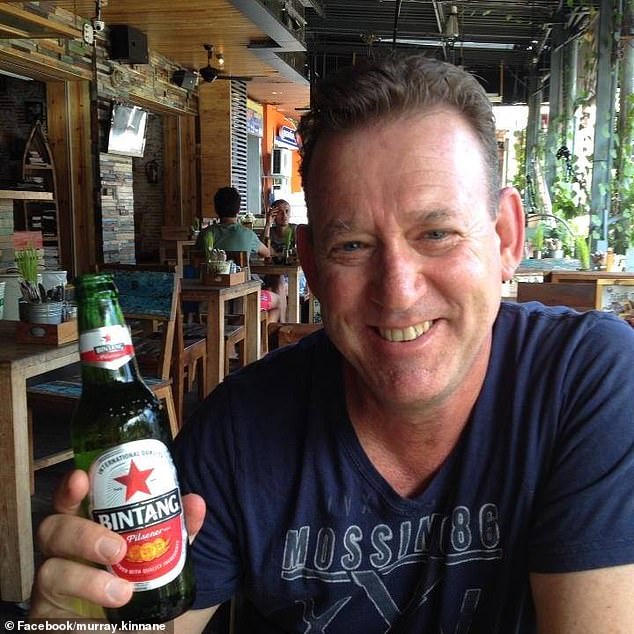