The husband and wife who posted so-called ‘prank’ videos on YouTube of themselves apparently abusing their children have had their probation sentence reduced.

On Tuesday, a Maryland judge reduced the probation of Ijamsville residents Mike and Heather Martin from from five years of supervised probation to probation before judgement.

The lighter sentence does not include supervision, and allows the couple to seek expungement of their child neglect convictions after three years, according to WUSA-TV.

The couple were originally sentenced in September of 2017 after their videos under the now-defunct ‘DaddyOFive’ account, which had 700,000 followers, sparked online backlash and a criminal investigation. 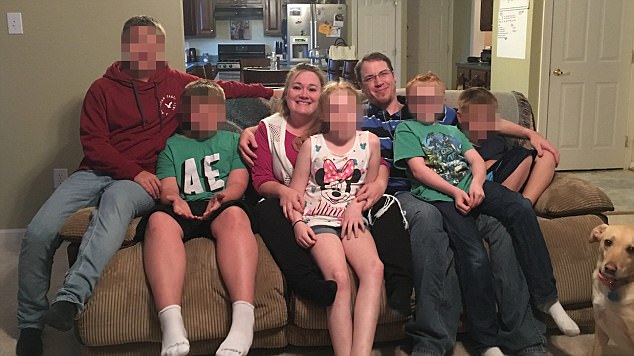 The now-deleted YouTube videos, posted under ‘DaddyOFive,’ made up to $350,000 per year in advertising – but also led to a backlash and criminal investigation

In more than 300 now-deleted videos, the couple smashed up their son’s XBox, framed him for spilling ink on the floor and pushed him into a bookcase, apparently giving him a bloody nose.

Now, the couple are banned from filming the children, who have been in their biological mother’s custody since authorities began investigating in 2017.

At Tuesday’s hearing, Judge Theresa M. Adams reiterated the probation condition, writing: ‘Shall not video/upload videos and continue removing them.’

During the original sentencing, a neuropsychologist was quoted as saying the Martins’ behavior was linked to ‘observable, identifiable and substantial impairments of their [children’s] mental or psychological ability to function,’ the Baltimore Sun reported.

She said the doctor, who worked for Frederick County Child Protective Services, had spoken to 11-year-old Emma and 10-year-old Cody Martin during the investigation. 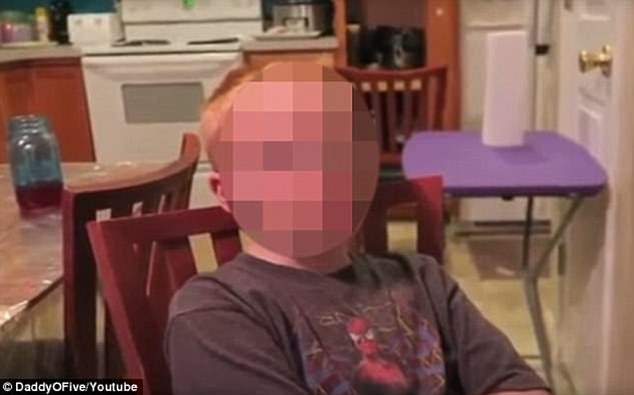 Youngest son Cody (pictured) was a frequent target of the ‘pranks’, including verbal abuse, smashing up his Xbox and shoving him, apparently leaving him with a bloody nose

Cody was a common target in the videos, and was the child who apparently suffered a bloody nose – although Mike Martin later claimed it was fake blood.

Both children are biologically related to Mike; Heather is their stepmother. The three other children, who are Heather’s biological children and Mike’s stepchildren, were not included in the investigation.

The Martins each entered Alford pleas to two counts of child neglect in 2017.

The pleas allowed them to maintain their innocence while acknowledging that the evidence would likely persuade a judge or jury that they are guilty.

As terms of their probation, neither Mike nor Heather are allowed to make contact with Cody or Emma, or their biological mom, Rose Hall, without prior approval by a court.

They are also banned from posting videos of Cody or Emma to social media unless it is for ‘legitimate family purposes’ and must attend mental health treatment.

If they violate the terms of their probation, they could go to prison for up to 10 years. 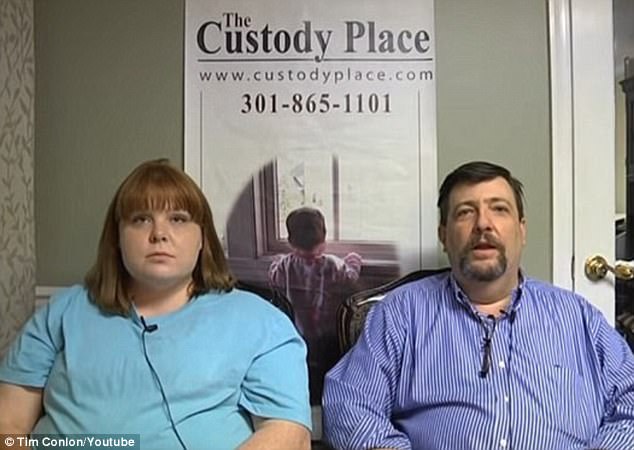 Cody and his sister Emma are now in the custody of their biological mom, Rose Hall (left). The Martins maintain their innocence but took a deal that gave them five years’ probation

Biological mom Rose Hall, who took custody of Cody and Emma, said in 2017 that she was ‘glad the case has ended, disappointed with the sentence’ according to her attorney, Tim Conlon.

Defense attorney Stephen R Tully said his clients had been negligent but not intentionally damaging.

He said he would file a motion asking the judge to consider reducing the sentences and expunging the couple’s record if they adhere to probation conditions.

‘We’re in a new era with social media,’ he told WTOP after sentencing. ‘They have to learn the things that are appropriate and not appropriate, particularly with children.’

The DaddyOFive account came under huge public scrutiny in the spring when the videos – some recorded by Cody’s older brother – began to circulate.

Videos include Martin convincing Cody he had been adopted out to another family, pushing him and bloodying his nose (Martin claimed the blood was fake), smashing Cody’s X-box with a hammer, accusing Cody of spraying his room with ink when he didn’t and yelling and swearing at him.

Often Cody ends up red faced, crying, screaming, or throwing things out of frustration. In one video, Cody threatens to kill himself. ‘I hate my life just kill me,’ he cries after his father harangues him.

An online petition drew more than 20,000 signatures to get CPS to investigate the family.

Martin County Sheriff’s Office in North Carolina confirmed that a complaint about the videos was lodged October 17, 2016. 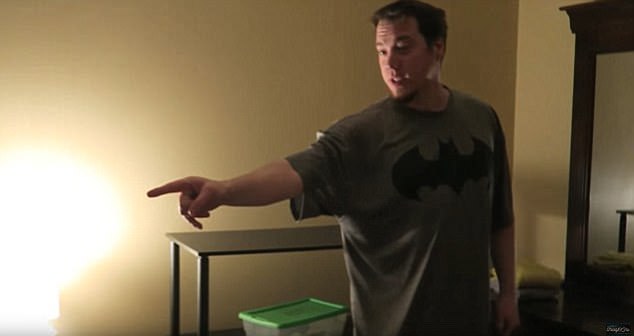 The Martins (Mike seen telling off Cody for ‘spilling ink on his room’) cannot communicate with Cody, Emma or Hall without court approval, and their use of social media is restricted 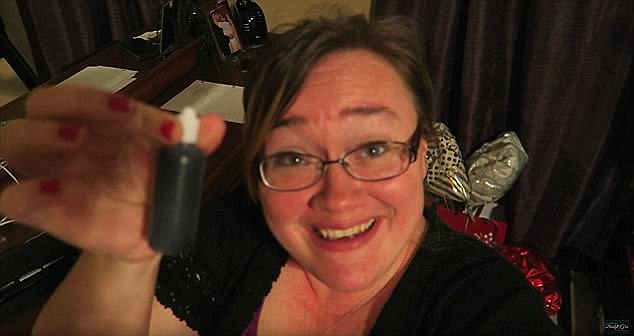 If Mike or Heather (pictured with the disappearing ink used to frame Cody) break the terms of the agreement, they could receive up to 10 years in prison

On April 22, 2017, the couple uploaded an ‘apology video’ for an earlier video that caused a huge scandal.

In the controversial video, the couple berate Cody for six minutes for ‘messing up’ his room. Heather is seen screaming ‘Get the f**k up here! What did you do?’ while Mike threatens to sell off the boy’s Pokemon toys.

In reality, Heather had smeared disappearing ‘invisible ink’ on the room.

At the climax of the video, Mike tells the boy: ‘It’s just a prank, brah. You guys got pranked hard.’

The the subsequent apology video, Heather said: ‘This has been the absolute worst week of our life. We realize we have made some terrible parenting decisions.’

‘I understand and acknowledge and respect how everyone feels,’ added Mike. ‘We put things on the Internet that should not be there and did things we should not do.’

The couple, however, still insisted that the kids were in on the ‘joke’ and eager to see how many views the videos could get. They also claimed the family was in counseling.