Annika Ferry (pictured) died during a sunrise hike on Sydney’s Northern Beaches last week. A private funeral will be held on Monday

The father of a talented student who died during a sunrise hike has asked friends and family to celebrate her life at an informal outdoor gathering.

Annika Ferry was killed when a World War II bunker she was hanging from collapsed on top of her at North Head, on the Northern Beaches, before dawn last Wednesday.

The 21-year-old and close friend Bec Bennett had trekked through bush to watch the sunrise from the popular vantage point when tragedy struck.

Ms Ferry will be remembered in a private funeral service at Manly Life Church on Monday. She will then be buried at the Frenchs Forest Bush Cemetery.

Her father Jim has invited anyone who wishes to celebrate Ms Ferry’s life to an informal gathering at Clontarf Reserve from 1pm. 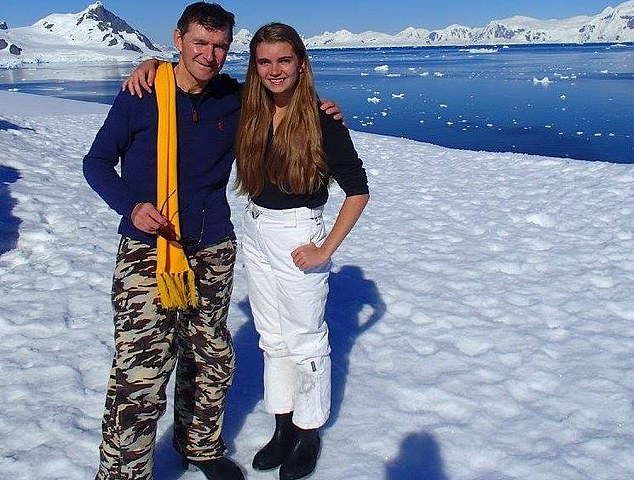 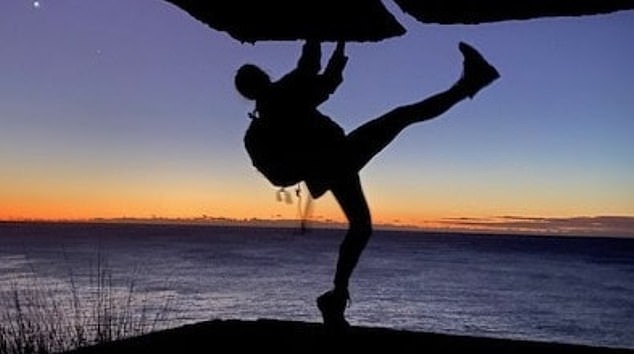 Ms Ferry, 21, (pictured) reportedly grabbed onto the roof of a concrete WWII bunker and posed for a photo when part of the structure collapsed, hitting her on the head. She died instantly

‘Because of COVID-19, we can only have a certain number of people at the church and they have to be invited,’ Dr Ferry told the Manly Daily.

‘We will be having lunch at a restaurant at Clontarf Reserve, but we’d like people who knew Annika, and want to remember her, to come to an informal gathering at the reserve from about 1pm.

‘Bring something, a balloon, a rug, flowers, anything really, and say goodbye to Annika.’

Ms Ferry’s family and friends gathered together near her home in Balgowlah over the weekend to ‘tell stories’ about the intelligent outdoors lover.

On Wednesday morning Ms Bennett made the same fateful trek she and Ms Ferry had made seven days prior – intent on enjoying the sunrise, just as they had planned.

Undeterred by the temporary fence around the WWII bunker, Ms Bennett and friends climbed into the area at North Head to lay flowers.

Ms Bennett – a star athlete who has represented Australia – blew bubbles and smiled as she looked out over the ocean.

Metres in front of her, others sat and watched the sun as it rose out of the ocean. 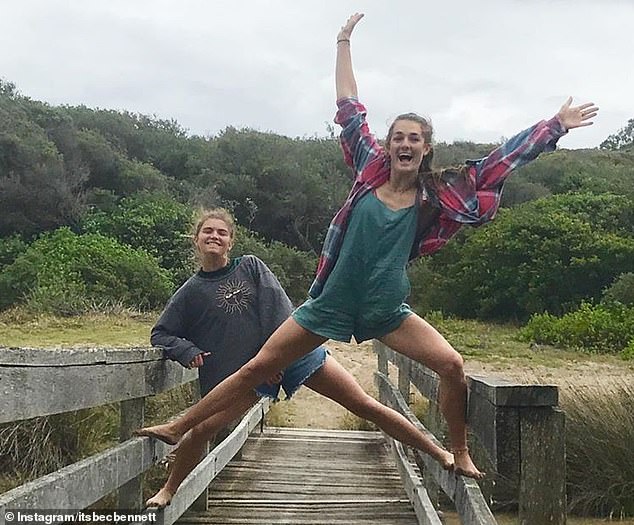 Ms Ferry (left) and Ms Bennett (right). The pair, both 21, were outdoor lovers and regularly ventured to remote parts of NSW 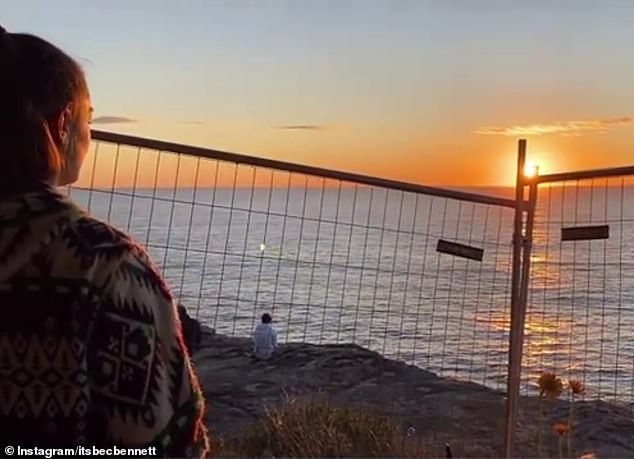 Bec Bennett, the best friend of Annika Ferry, returned to the scene of her tragic death one week on. The 21-year-old posted this video of her looking at the sunrise over the ocean online

A week earlier Ms Ferry had playfully hung from the concrete roof of the bunker and posed for photos when it gave way.

Police are now investigating whether she died as a result of the fall, or the impact of the WWII structure collapsing on top of her.

With her family desperate for answers, the tragedy has now been handed over to the NSW state coroner.

While investigations continue, the local northern beaches council has fenced off the bunkers, which are a popular spot for people to watch the sunrise and take selfies.

Despite the horror she experienced first hand, Ms Bennett organised a memorial for her friend on Sunday with dozens uniting together to commemorate Ms Ferry’s life.

In a quirky post that typified her best friend, Ms Bennett encouraged those attending to ‘tell me stories of how you met her’ and offered to answer any questions, ‘in good time’. 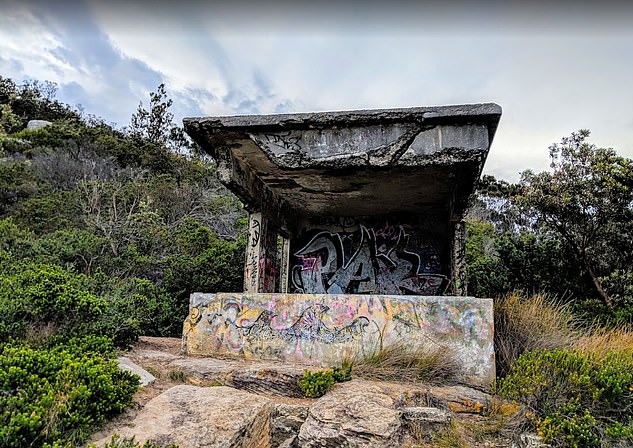 There are several World War II bunkers located along Sydney’s north head, designed to protect the city from a potential Japanese invasion 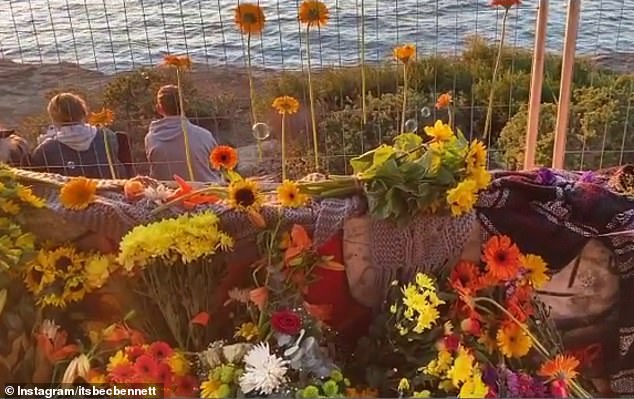 Undeterred by the temporary fence around the WWII bunker, Ms Bennett and friends climbed into the area at North Head to lay flowers 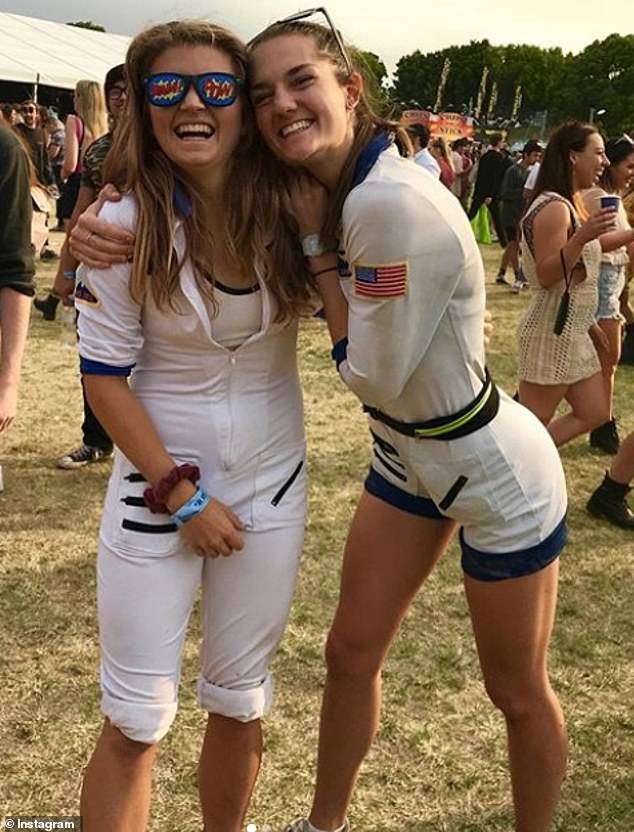 ‘Let’s have a cuddle, a cry, a boogie, a flop, a gallop, a yell, a handstand, goddamit bring a kite. Let’s fly a kite,’ Ms Bennett wrote.

‘Get there as early as you’d like and stay as long as you need but Ill get there around 3:30 and at around 4:50 we’re all going to hop in a circle as the sun sets.

‘Anyone is welcome to join, we’ll explain as we go and in the centre of the circle we’ll have a big photo of Anni and flowers. So many flowers. And absolutely anything else you’d like to add.

‘Wear as much colour as possible. Or something you wore with Anni that time. Lots of yellows and oranges. She’ll love that.’ 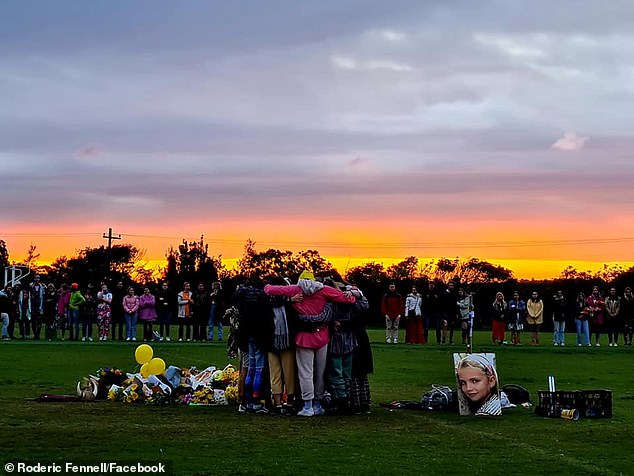 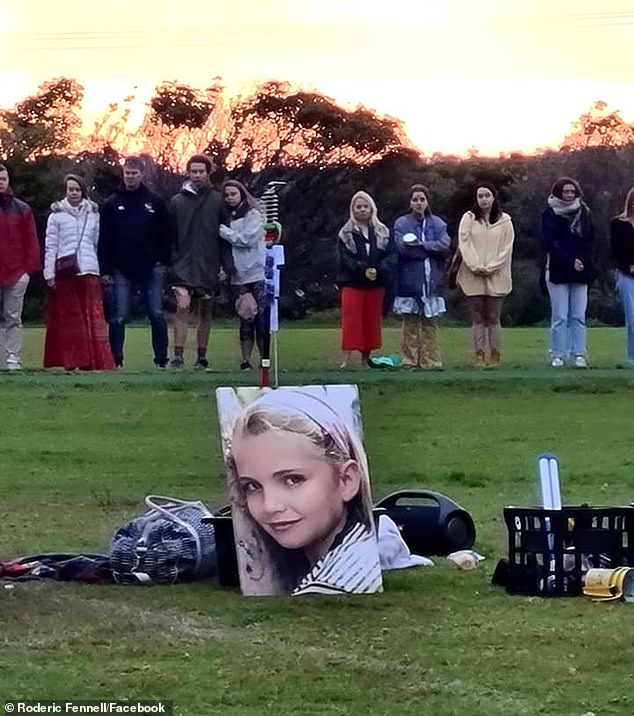 The memorial was organised by Bec Bennett, Ms Ferry’s best friend who she was hiking with at the time of the tragedy. In a quirky post that typified her friend, she encouraged attendees to ‘tell me stories of how you met her’

The two friends set out at 5.30am to walk through the popular, but rugged, section of Sydney Harbour National Park.

The remote location of the bunkers, nestled among dense bush, meant the Westpac Rescue Helicopter was required to assist.

The road leading towards the remote tracks has now been closed off as local council engineers perform checks on the safety of the bunkers.

Ms Ferry was a Dean’s Honour List recipient at the University of New South Wales in 2019 for her work studying renewable energy engineering.

She and Ms Bennett – who represented Australia at the IAAF World Championships in 2019 and hopes to compete at the Olympics one day – had trekked through dense bushland in a bid to reach the spot for the perfect sunrise photo.

The friends loved the great outdoors and had documented several of their recent travels on social media. 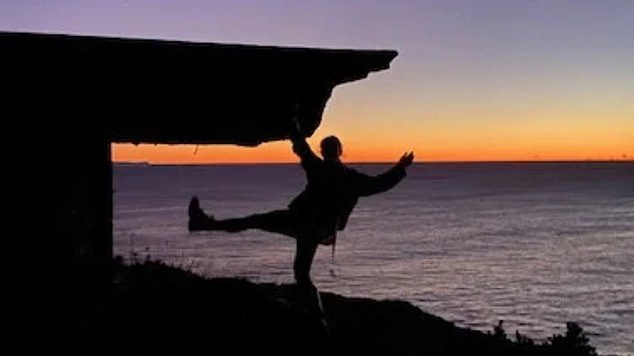 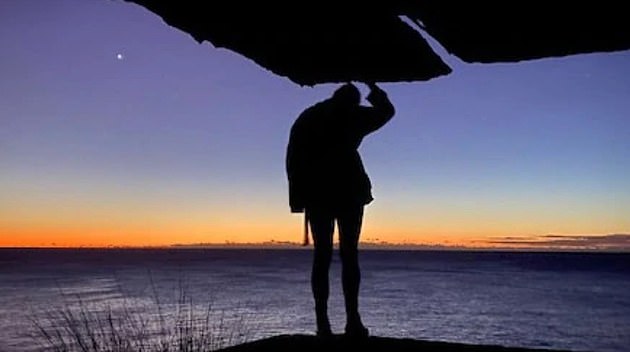 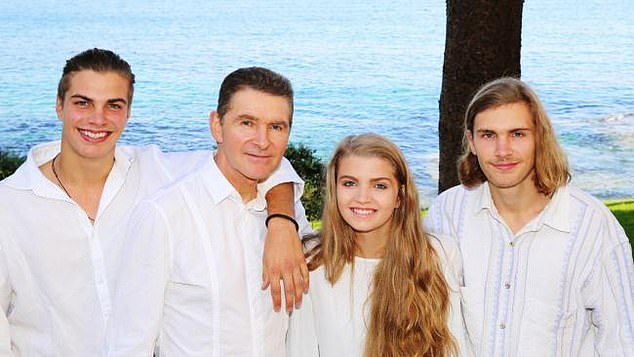 Ms Ferry’s family was well known among the northern beaches community, with her father Dr James Gerry a renowned obstetrician. Annika is pictured with her father and brothers Anton (left) and Christian (right)

Paramedics walked hundreds of metres through the bush to reach Ms Ferry, but by the time they arrived it was too late to save her.

Harrowing footage from the scene showed a distraught Ms Bennett clutching onto paramedics as she was taken to hospital, where she was treated for shock. 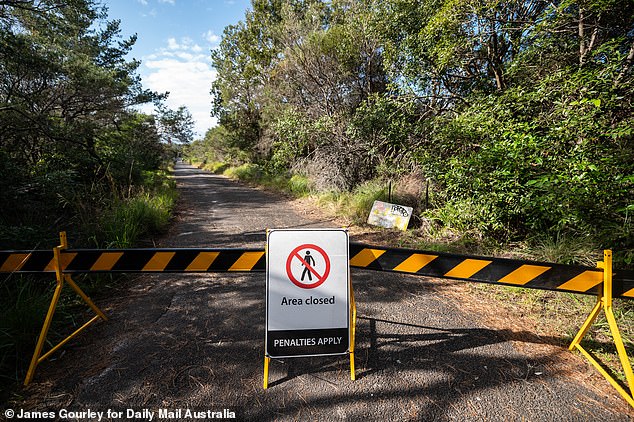