A fifth-generation dairy farmer is calling for shoppers to ‘ditch Coles milk’ until the supermarket giant increases the price of milk to help farmers.

Damien Tessmann issued a rallying cry for other farmers to share their stories of how their businesses have been driven to breaking point by $1-a-litre milk.

‘I respectfully ask that you boycott Coles… until they lift their damaging and soul-destroying dollar-a-litre milk campaign,’ he said in an emotional video.

He praised Woolworths for increasing its price to $1.10 a litre, 10c of which goes directly to farmers, and demanded Coles do the same.

‘I want to ask all the dairy farmers out there to get your phone, hit video, put it on selfie mode… and upload a video to this page talking directly to consumers.

‘Explaining to them in your own words what this means and how much damage is being caused to your industry and your business because of what Coles has done.’

he later told Daily Mail Australia: ‘I’m extremely grateful for the leadership that Woolworths has shown but now it’s time for those parasites at Coles, who started this to begin with, to follow suit.’

Mr Tessmann, from Kingaroy in Queensland, told Daily Mail Australia the dairy industry lost $220 million since the price was dropped in 2011.

He said $1 was now worth just 78c due to inflation, while farming costs went up dramatically across the board over the past eight years.

His own farm lost hundreds of thousands of dollars and almost had to shut down as they could barely keep up with rising expenses.

The former South Burnett local councillor said hundreds of farmers were forced out of business during that time, and he was almost a casualty.

‘I don’t know of any other industry that would be able to sell a product for the same price for eight years with costs going up and be expected to put up with it.

‘Finally the tide is turning because we’re a country founded on egalitarianism and the public knows this is not right.’ 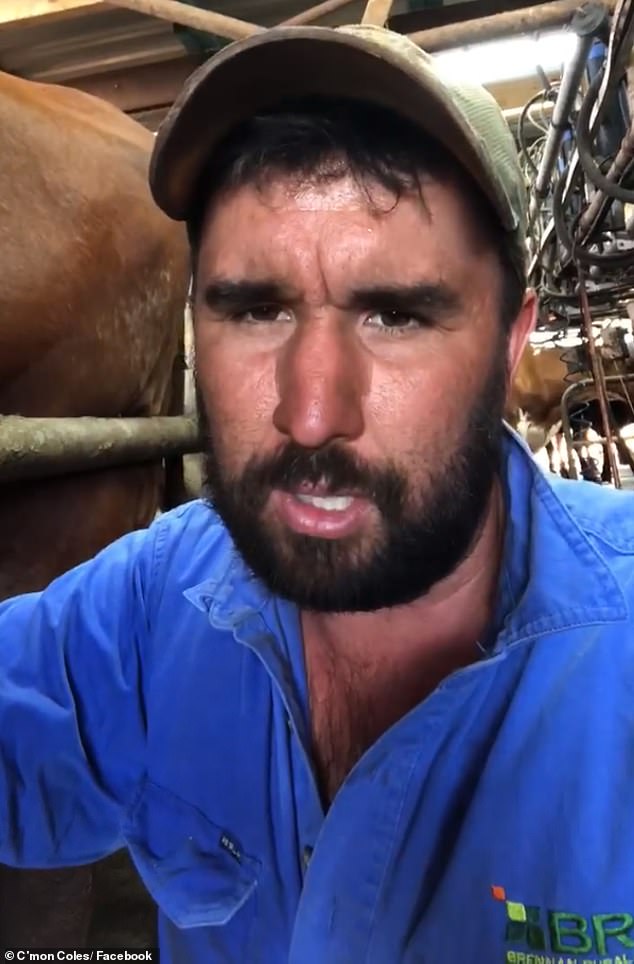 ‘I respectfully ask that you boycott Coles… until they lift their damaging and soul destroying dollar-a-litre milk campaign,’ he said in an emotional video 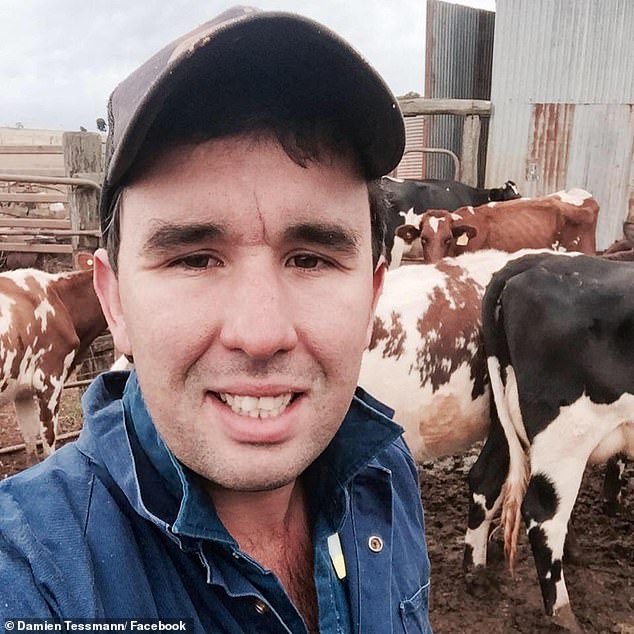 Mr Tessmann, from Kingaroy in Queensland, told Daily Mail Australia the dairy industry lost $220 million since the price was dropped in 2011

Mr Tressmann’s farm will now survive as it sells to Woolworths, but thousands of others with Coles and Aldi contracts were still at risk.

‘We were only just keeping our heads above water,’ he said.

‘My brother and I wanted to continue on but it was really hard in an industry where you couldn’t get a fair price for your product.

‘If you’re not getting enough value for your product compared with the costs that you put into it, there’s really only one option which is out the door.

‘If this hadn’t changed then us and a lot of others would have been looking at exiting the industry.’

Mr Tressmann said businesses could now be more confident in the industry and banks would be more likely to help them grow their businesses.

Other farmers also made impassioned pleas for Coles to help them out instead of ‘sending the whole industry to the wall’. 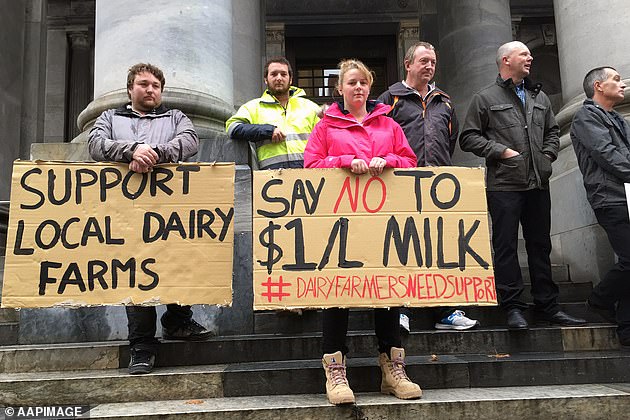 Woolworths announced it would be taking its cheap home-brand milk off the shelves from Tuesday and its two and three-litre bottles would sell for 10 cents more at $2.20 and $3.30 respectively (pictured dairy farmers rallying for the change on steps of Adelaide’s Parliament House) 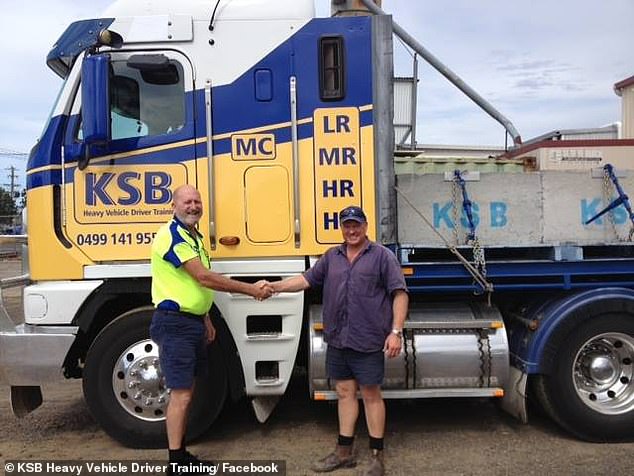 ‘Milk’s dropping down to one of the lowest records in a long time, and everyone around here is doing it tough, feed costs have gone through the roof’ he told the ABC.

‘Everyone’s making a loss and here they (Coles) are just trying to make a commercial gain against their major competitor, it’s pathetic.’

Mr Weir rubbished Coles’ plan to collect donations for struggling farmers in stores and match it dollar-for-dollar, instead of upping prices.

‘They just want to treat us like paupers, like beggars but sorry we’re too proud of what we do to actually take out handouts,’ he said.

‘I would much prefer to give my milk away in front of a Coles shop then actually let Coles sell it as a loss just for them to profiteer on it.’ 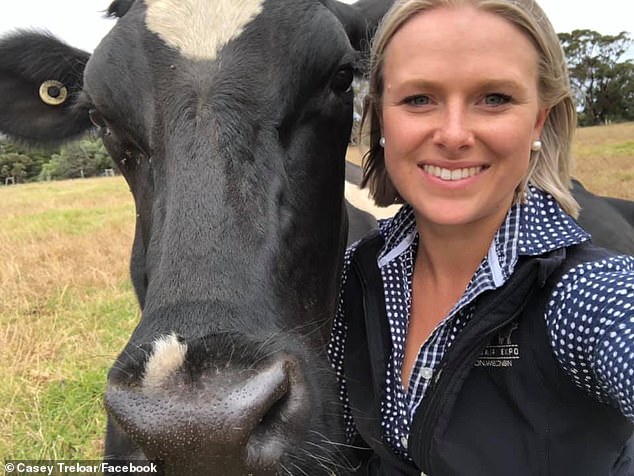 Last week, third generation dairy farmer Casey Treloar said her family farm would have to close as a result of the milk price.

‘The clock has run out and it’s time to say goodbye,’ she said.

‘We are getting 38 cents a litre across the year and it’s completely unsustainable. We can’t really afford to keep going anymore.

‘We’re forever the optimist that the industry will get better – but for our family, we’ve come to a point where we can’t do it anymore.’

Coles told Daily Mail Australia it would continue to sell $1 milk in the foreseeable future as it did not want to disadvantage customers through price increases.

‘Coles is seeking a long-term solution that does not disadvantage our customers and supports our dairy farmers,’ it said. 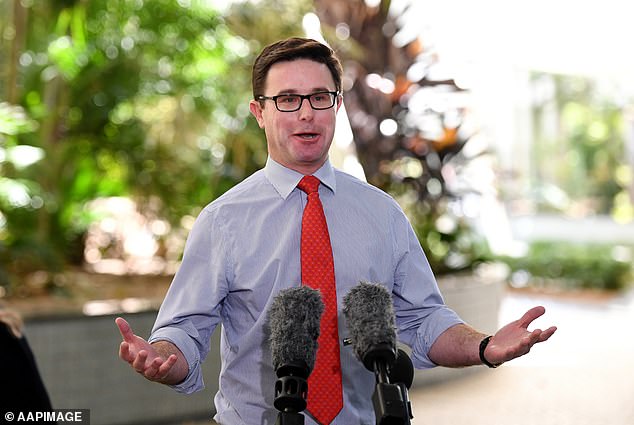 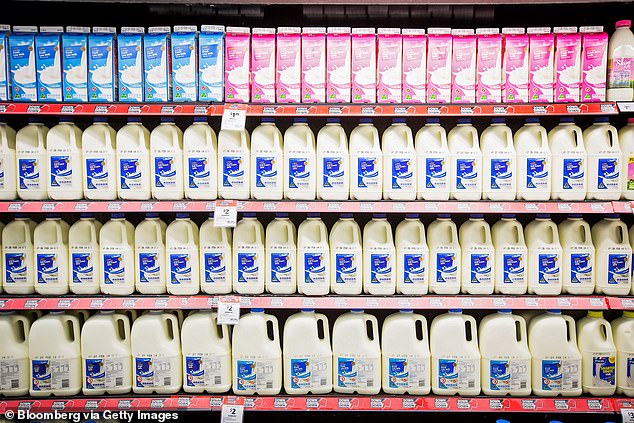 The company noted the company has committed $16 million to support the dairy industry over the past six months.

‘This includes contributing around $4 million to almost 640 dairy farmers through the Coles Dairy Drought Relief Fund and more than $7 million in partnership with the Country Women’s Association, resulting in over 2,300 additional grants for drought-affected farmers,’ it said.

However, Agriculture Minister David Littleproud did not consider this stance acceptable and also called for a boycott.

‘Coles and the big German Aldi must begin to charge consumers a fair price for milk immediately. There’s no point having cheap milk for consumers today if it sends farmers broke,’ he said.

‘Supermarkets can’t pretend selling milk cheap doesn’t hurt farmers and they’ve got to be called out on this rubbish.’